Home » Entertainment » Celebrities » Things You Might Not Know About Jana Kramer 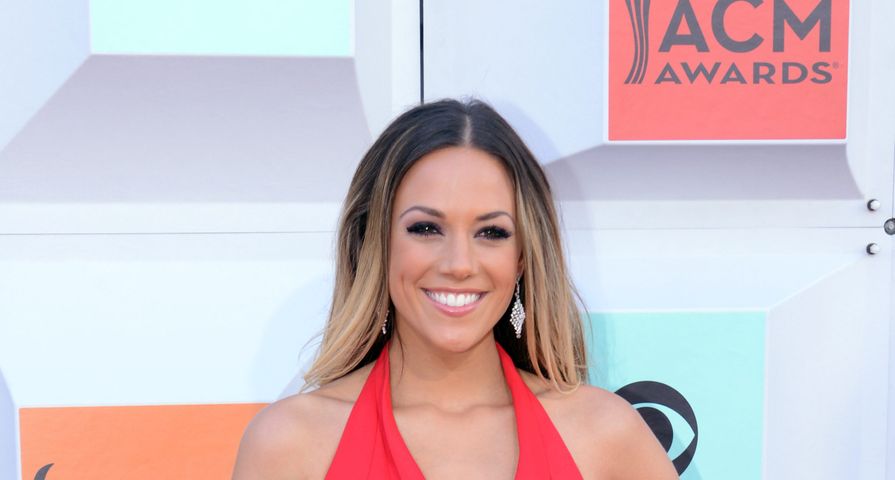 Jana Kramer is one of the most popular country music singers on the scene right now, and to top it all off, she’s an incredibly talented actress! She has graced the screens on some of our favorite shows like One Tree Hill, Friday Night Lights and 90210. Things have been looking up for Jana lately. She toured with Blake Shelton; her latest hit “I Got the Boy” has been topping the charts; and she and husband Michael Caussin got back together. Despite Jana’s recent success, she hasn’t been on the scene that long, so we want to know more about her! Here’s a list of 10 things you probably didn’t know about this talented artist:

The best gift she ever received from a fan was an iPod touch that had the word “Believe” engraved on the back, a phrase that she commonly says. She got the gift the year of her first album release at the album release party.

Most of her fans already know Jana Kramer is an actress. In fact, she gained a lot of her fans when she first appeared on One Tree Hill. After her role as Alex Dupre on OTH, her singing career blew up! What people might not know is that she was at one time a soap actress! Her first role on television was on the daytime drama All My Children back in 2003.

In an interview with Fit Pregnancy, Jana confessed she’s really bad at keeping secrets, and when it came to something as big as her pregnancy she found it hard to keep things under wraps! She said, “Michael and I are really bad at keeping surprises. We’ll buy each other things for holidays, then just give them to each other in advance.” When it came to learning the gender of the baby, she had her friend take the nurses phone call and set up a really cute reveal party afterward so she and Michael, their friends and family could all learn at once. “I had the nurse call my best friend to give her the news. Then we invited friends and family over, and handed out water guns my friend had filled with paint. No one but she knew whether the paint was pink or blue.” She said her and Michael wore white t-shirts and when the paint went flying it was such a sweet moment.

In an interview with iHeart Radio, they asked her what her favorite piece of clothing is that no one knows she owns and she replied, “A onsie night gown. Like one of those like with my feet and everything in them, what are those called? The footy pajamas — nobody knows that. Now they do! It’s Betty Boop.”

6. Patsy Cline is One of her Biggest Influences

Music is one of her biggest passions in life, which explains why she claims her biggest influence in life is the iconic singer, Patsy Cline. She said growing up in Michigan she used to listen to Patsy while baking cookies with her grandmother. This was the beginning of her lifelong interest and love for country music.

5. How She Met Her Husband

Jana Kramer said social media has been a blessing and sometimes a strain as an artist, but one thing she loves about connecting with people online is that she was able to meet her current husband, Michael Caussin, a former NFL player. She said in an interview with Billboard, “We met on Twitter. It’s the new Match.com, I guess.”

4. She Loves Giving Back

One of the best things about Jana Kramer is her big heart. She loves using her success and platform as an artist to give back to others. She filmed one of her latest videos “Love” in El Progreso, Honduras, partnering with a small charity there. She said, “I wanted to do something different for that video…I partnered up with a small charity there and have gone back a few times because I sponsored a little girl named Angela.” What’s even better about all of this? She shared the experience with 34 lucky fans! “I opened up the trip to 34 fans. We went this past January, and it was the best trip ever. We built a community center, went to the orphanage and then to the village to work on some homes there. Everybody that went was not there because of me; I was just their vessel to get to be on a mission trip.” She said it was one of the best experiences and she’d like to do it every year.

Her newest hit “I Got the Boy” is about her high school sweetheart, Matthew. Even though Jana didn’t write the song herself, she said she’s lived it and it was a song she had wanted to write for years, but the words never came to her. In an interview with Billboard, she said, “It’s a very true and honest song about my high school sweetheart Matthew. It’s one of those that is as true as it can get.” She said she sent the song to Matthew before it came out and told him that she would probably be mentioning to the press that the song was about him. “He loves it. It’s like the lyrics say: I got the boy. He’s married to a lovely girl now, and they have two kids, so she got the man. Back in the day, it stung a little bit. But I’ve got someone else’s ‘boy’ now, so all’s well that ends well.”

Jana Kramer has been married three times and she’s only 32-years-old! Her first marriage was to Michael Gambino back in 2004. The couple wed in a Las Vegas ceremony but divorced only a few months later. She later married actor Johnathan Schaech in 2010, but that marriage was also short-lived and only lasted one month. Soon after that she was engaged to fellow country singer, Brantley Gilbert, but they never followed through on their engagement and split a year later. Jana finally got it right in 2014 when she met the love of her life, former NFL player Michael Caussin. Michael and Jana got married in 2015 and have welcomed a baby girl named Jolie Rae Caussin, in January 2016 and a son, Jace, in November 2018.

1. Before Acting and Singing, She was a Skater

In an interview with Taste of Country Nights host Sam Alex, Jana Kramer revealed that when she was a senior in high school she used to skate in the pre-game shows for the Detroit Red Wings! She said, “Before the game I’d come out with link the rounds and the flags and all that stuff. It was cool.” Jana said in some ways she grew up at the ice rink because she was a competitive ice skater for 13 years! Skating was her first love before singing and acting came along. She even competed in the Junior Nationals, but sadly she confessed came in last place.