Hollywood’s Redheads Ranked: Natural Or Not? 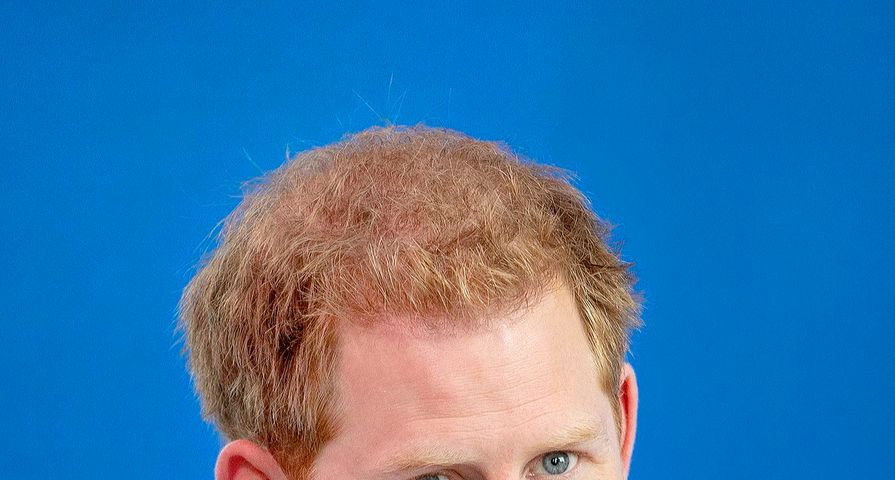 Being born with red hair is actually quite rare and only 1 – 2% of the world’s population has the trait. While some Hollywood stars were born with red hair, others were required to dye their hair for a role. With National Redhead Day on November 5th, follow along as we rank Hollywood’s iconic redheaded stars. You might be surprised to learn which Hollywood stars were born naturally redheaded and which ones weren’t!

While nowadays you might associate Julia Roberts with blonde or brunette hair, she actually began her Hollywood career with vibrant red curly locks. Films like Mystic Pizza, Pretty Woman and Steel Magnolias were some of her iconic ’90s films where she rocked red tresses. 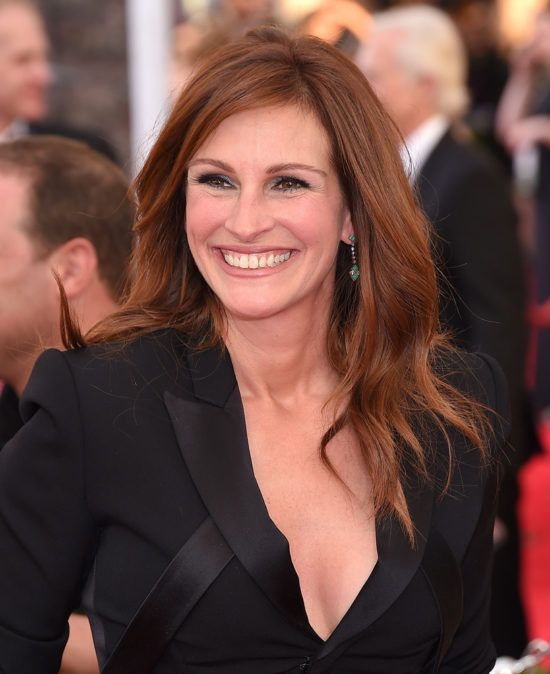 While you may recognize Marcia Cross from your favorite soap opera series, she’s also had an extensive career outside of this realm. You may remember her from the hit drama Melrose Place or her role as housewife Bree Van de Kamp on Desperate Housewives in the early 2000s. She’s had red hair for nearly her entire career, and has confirmed that it’s all-natural! 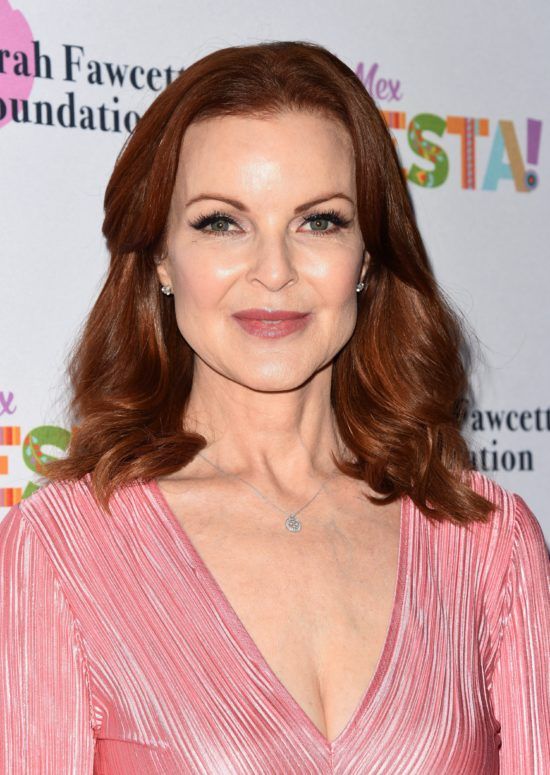 Kate Winslet is now widely recognized in Hollywood as a blonde, but during the Titanic era of her career, she was a full-blown redhead. Despite her current blonde locks, we will always think of her as one of our favorite redheaded stars after her role as Rose Dawson. 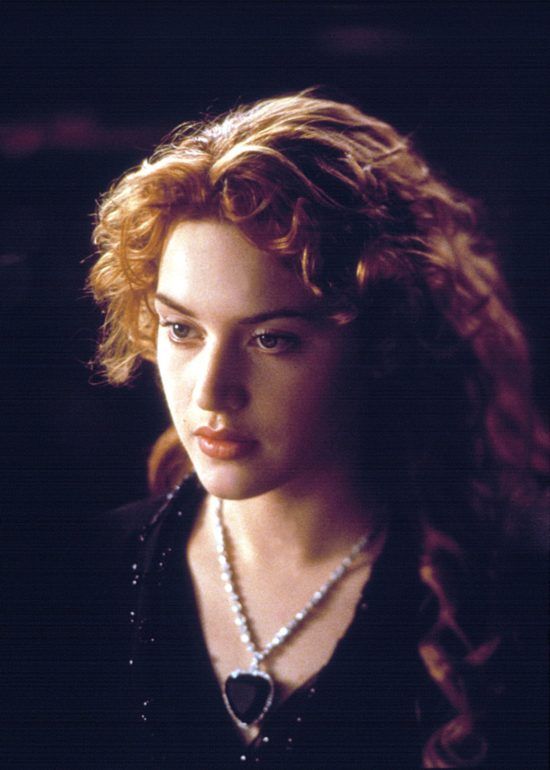 Madelaine Petsch is known for her shiny red tresses in her role as Cheryl Blossom on Riverdale! Petsch is definitely an up-and-coming star but has garnered a huge fan base through the hit teen television show. Her vibrant red locks are all-natural too! 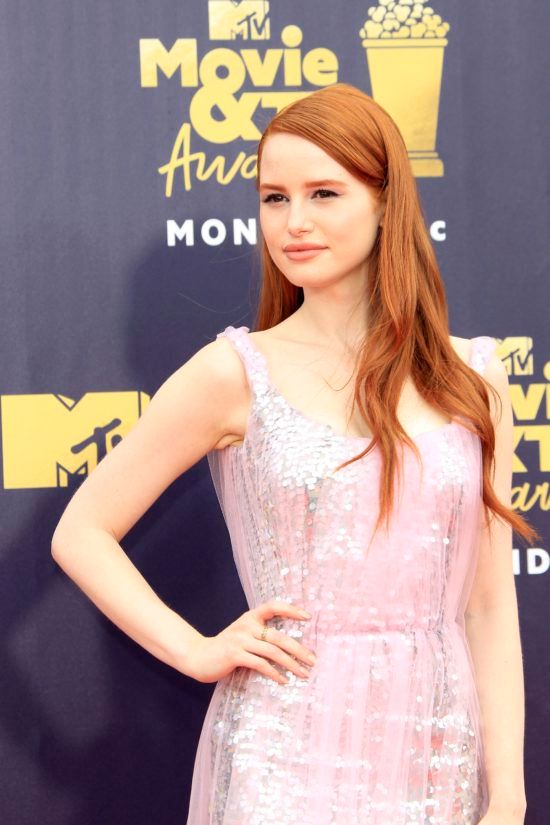 Country icon Reba McEntire is most recognized for her head of vibrant red tresses! Reba has shared that she was born with red hair and it is natural, however, she sometimes uses a rinse to keep the color vivacious and bright. 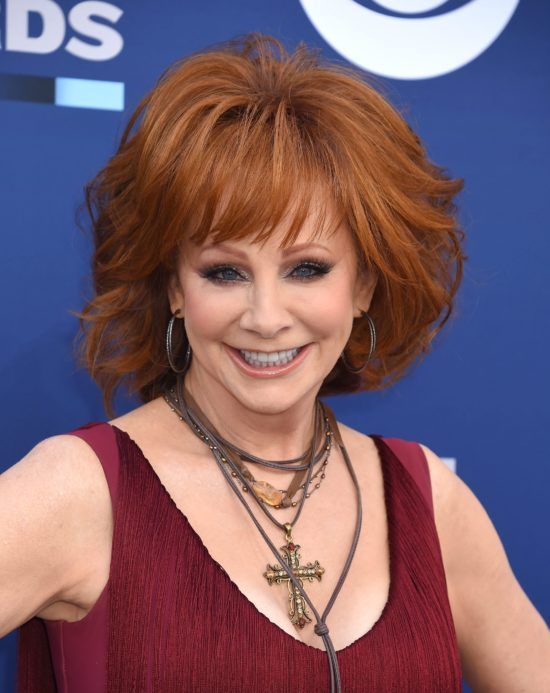 Sophie Turner skyrocketed to fame with her role in the popular HBO series Game of Thrones and through her quick engagement with Joe Jonas. While you may recognize Turner as a blonde nowadays, this wasn’t always the case. She was required to dye her hair red while on the show, despite being a natural blonde. 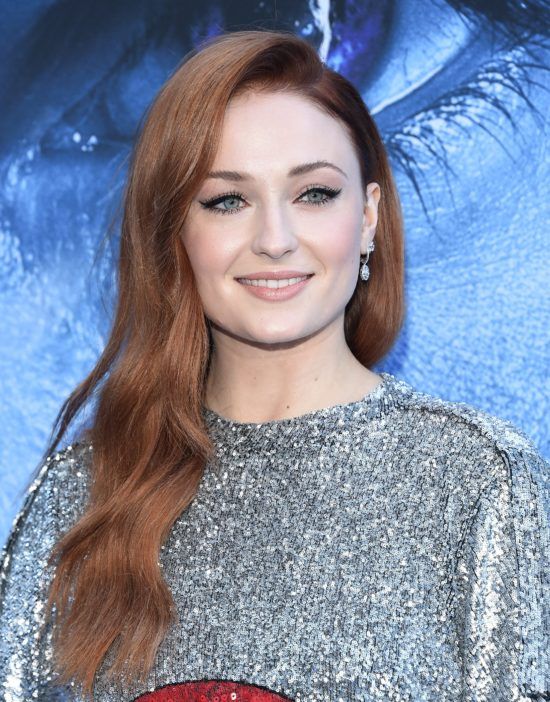 Actress Jayma Mays is best known for her role as the bubbly and quirky character Emma Pillsbury on the Fox musical series Glee. With her peachy skin tone and strawberry-tinted locks, she’s certainly a natural redhead! 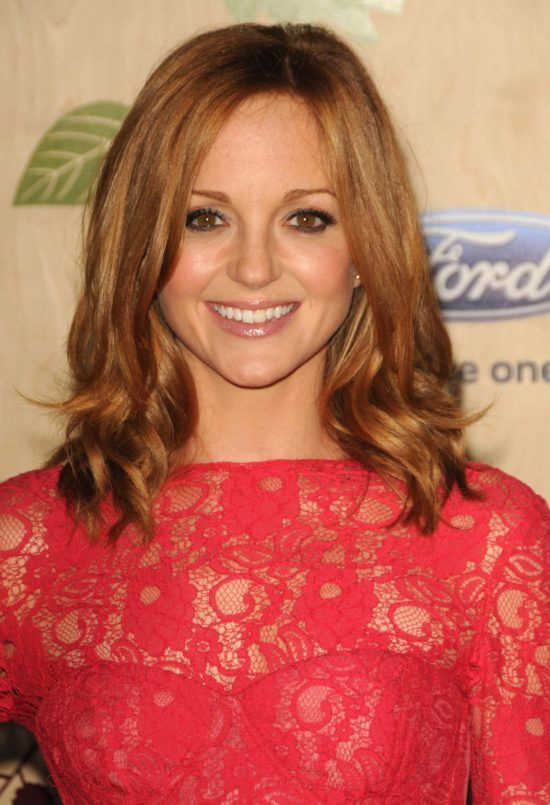 Kevin McKidd, best-known for his role as Owen Hunt on Grey’s Anatomy, is one of Hollywood’s most iconic male redheads! With Scottish roots, we’re not surprised that McKidd was born with naturally red locks. 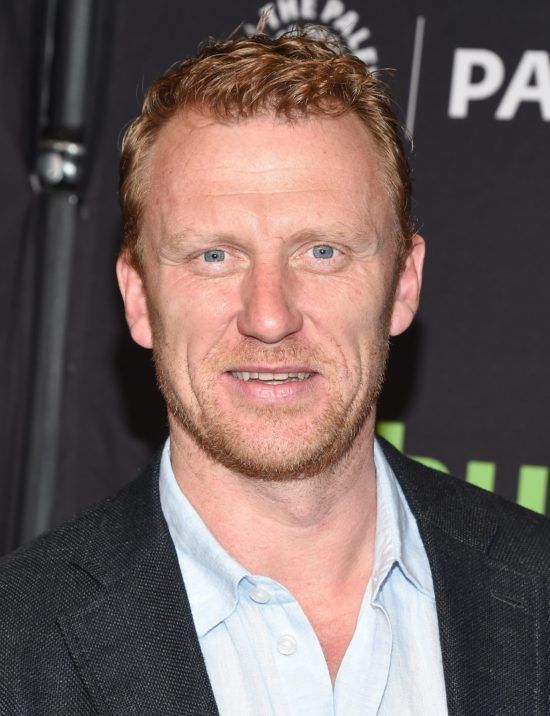 While Debra Messing may be a natural blonde, we’ve definitely become accustomed to her as a redhead on-screen! Her role as Grace Adler on Will & Grace undeniably makes her one of the most iconic television redheads of all time. 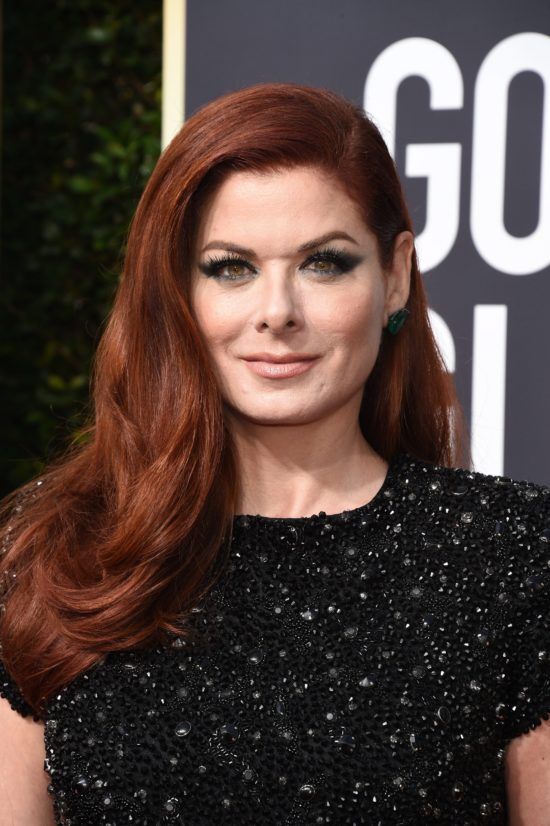 Many may recognize Kate Walsh as Dr. Addison Montgomery on Grey’s Anatomy or Olivia Baker on 13 Reasons Why! She’s become known over the years for her gorgeous red hair that works perfectly to complement her light eyes, but her natural hair color is actually brunette. 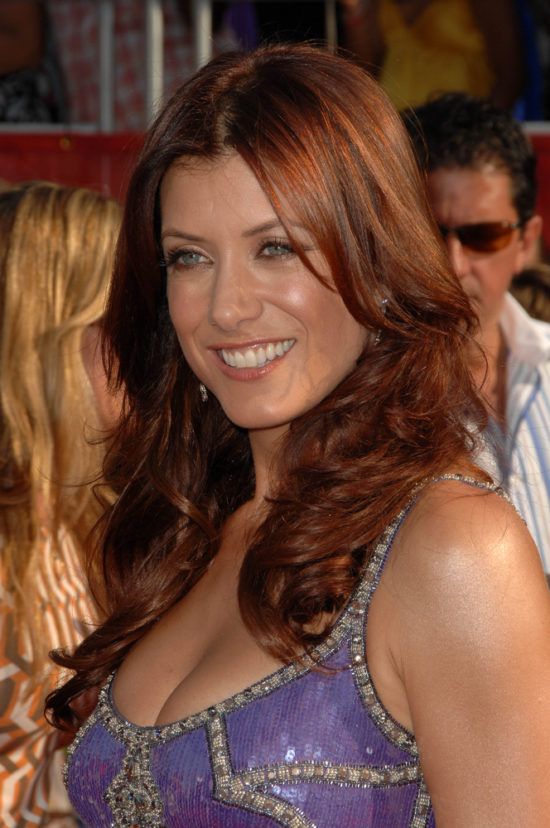 Bella Thorne’s fiery personality certainly matches the color of her bright red hair! Thorne first came into the Hollywood scene as a child model and actress on the hit Disney series, Shake It Up. Thorne is a natural-born blonde, but made her acting debut with red hair and has admitted she prefers herself this color. She even admitted that she cried when she was required to dye her hair back blonde for a role. 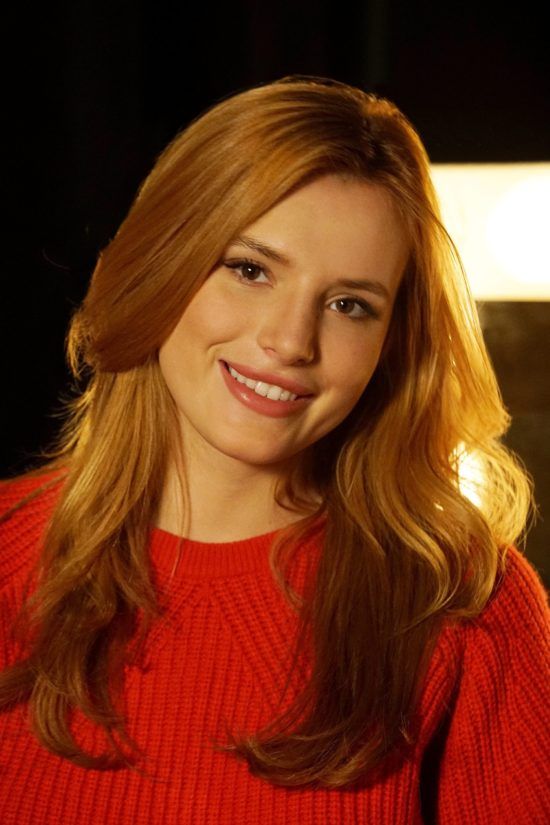 Actress Christina Hendricks is best known for her role in Mad Men as the quick-witted Miss Joan Holloway! While her hair certainly appears to be naturally red, this actually isn’t the case. Her natural hair color is actually blonde. 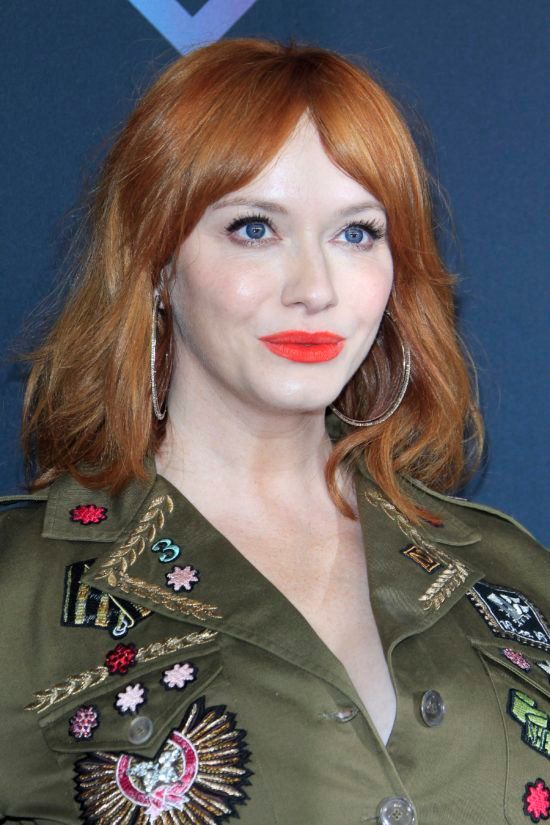 The beautiful Australian actress Isla Fisher made a name for herself in the Hollywood scene when she first starred in 2002’s Scooby-Doo movie. She’s also widely known for her role in the Shophalic movie series. Her rich red locks are all-natural! 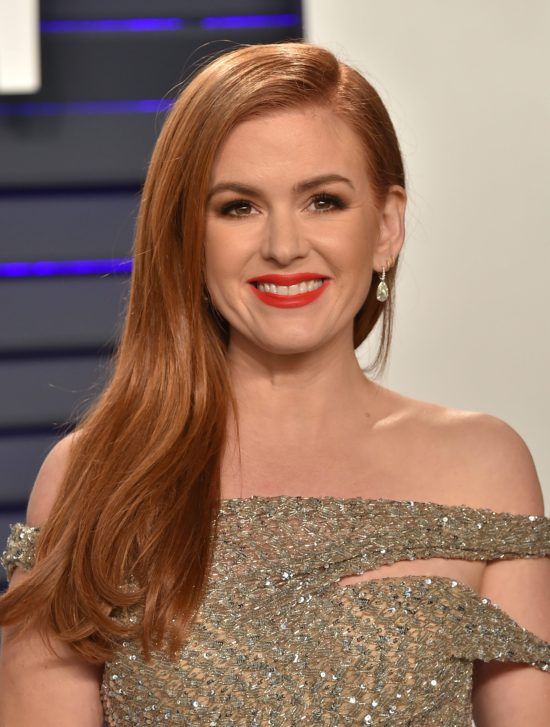 Another Riverdale star with bright red locks is KJ Apa who plays the show’s main character, Archie Andrews. Since the series is based on the Archie comic books, there was no way to have an actor play the role of Archie without the iconic red hair, which is why KJ Apa was required to dye his naturally brunette hair for the role. 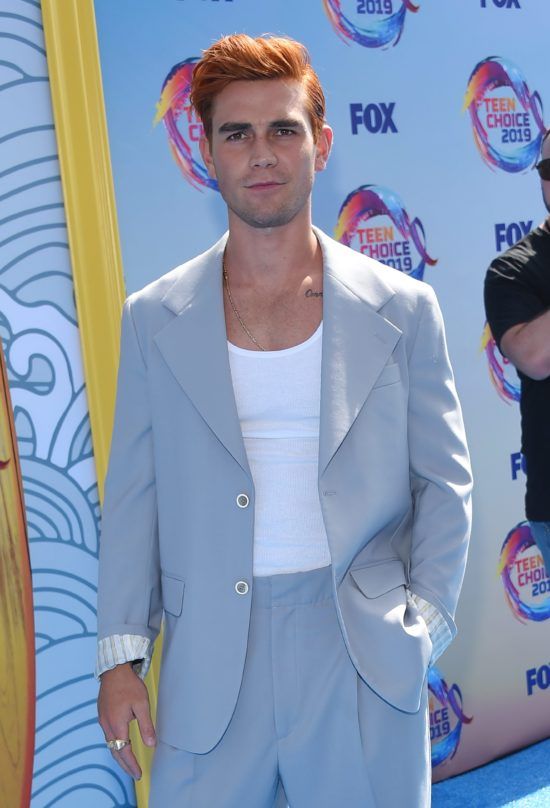 Cynthia Nixon, who played Miranda on Sex and the City, was known as the redhead of the girl group in the popular ’90s series. While imagining Nixon as a redhead seems natural after the iconic role, she actually wasn’t naturally born with red hair! Nixon immediately dyed her hair back to blonde after the series concluded. 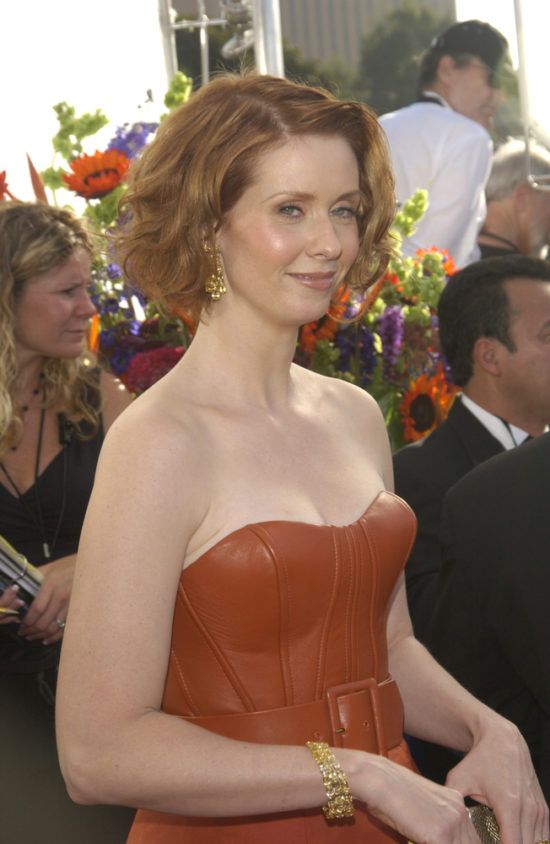 In 2012, Time Magazine named Jessica Chastain one of the 100 most influential people in the world with her epic roles in films like Interstellar, Zero Dark Thirty, The Martian, and The Help. Chastain is actually one of the handfuls of Hollywood starlets whose vibrant red locks are all-natural! 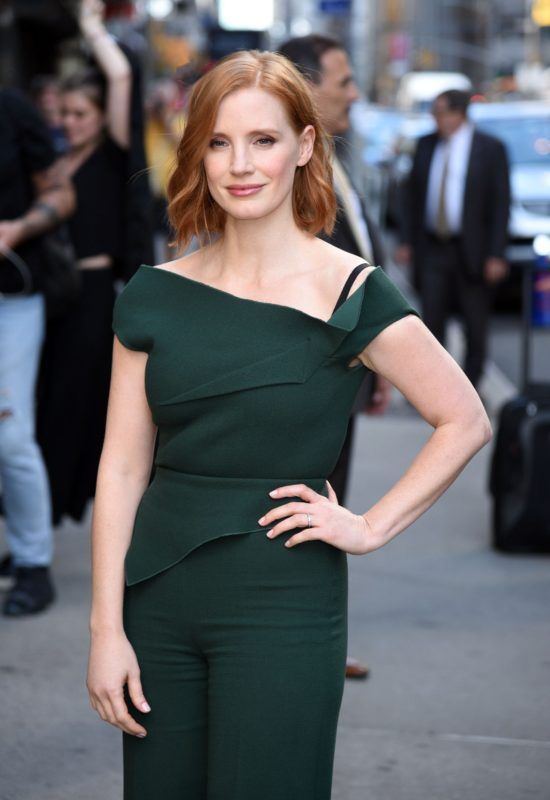 English actor Rupert Grint is best-known for his role as Ron Weasley, one of the three main characters in the Harry Potter film series. Thankfully Grint was born a natural red-head, which perfectly suits the role of the iconic Ron Weasley, and wasn’t required to dye it for the role! 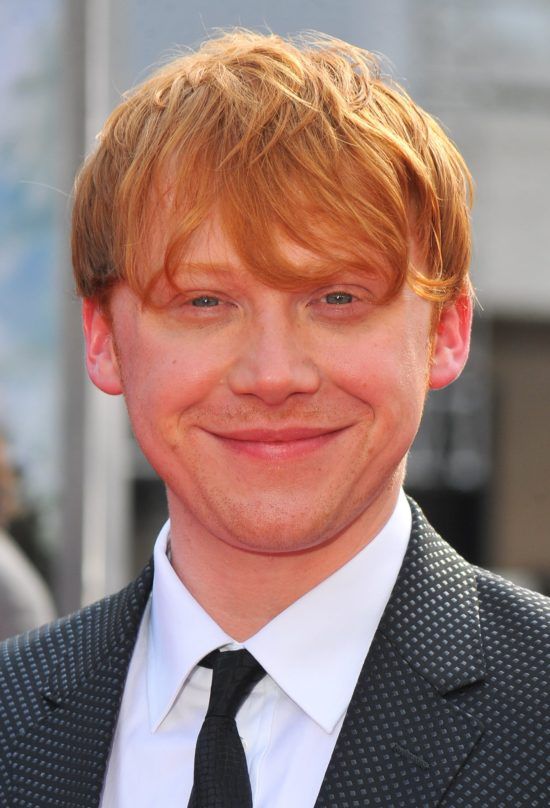 Julianne Moore has been a staple in Hollywood since the ’90s. She’s been nominated for five Academy Awards and has had roles in many iconic films including Still Alice, Boogie Nights and Far From Heaven. When it comes to her hair, Moore is a natural-born redhead and has passed on the trait to her daughter whose hair is equally as red. 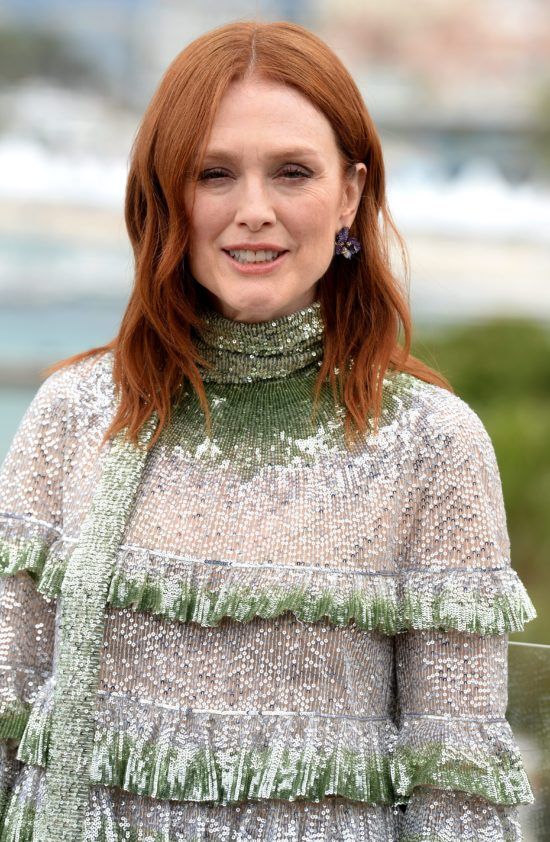 In 2017, redheaded Amy Adams was one of the world’s highest-paid actresses. While it’s definitely difficult to remember a time when Adams wasn’t a redhead, she did, however, begin her career as a blonde! She began coloring her hair when she was 27 and even once shared that the change “dramatically influenced her acting career.” 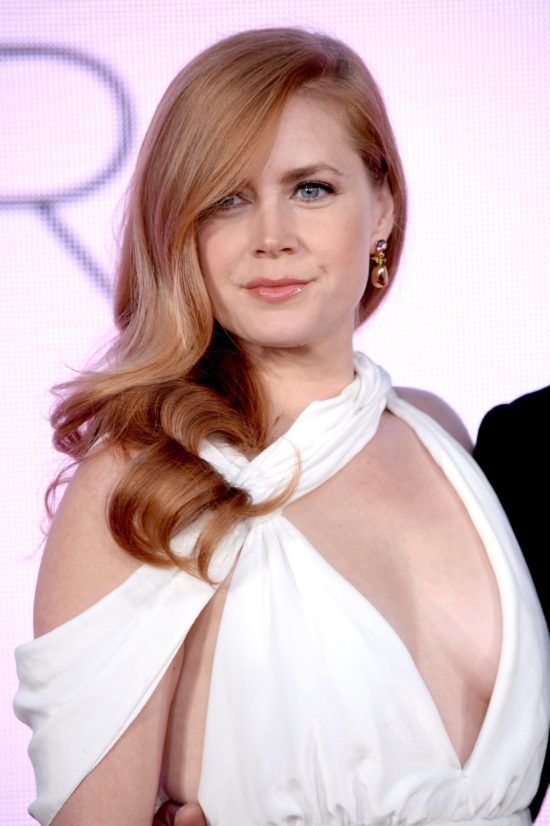 Aussie star Nicole Kidman is another star who’s changed her hair many times throughout the years, but she was born a redhead with a thick head of curls! In her early films like Eyes Wide Shut and Moulin Rouge, you are able to see her natural hair texture and color. While nowadays she’s stayed a pretty consistent blonde, she has dabbled back into the redhead world a few times throughout her time in the spotlight. 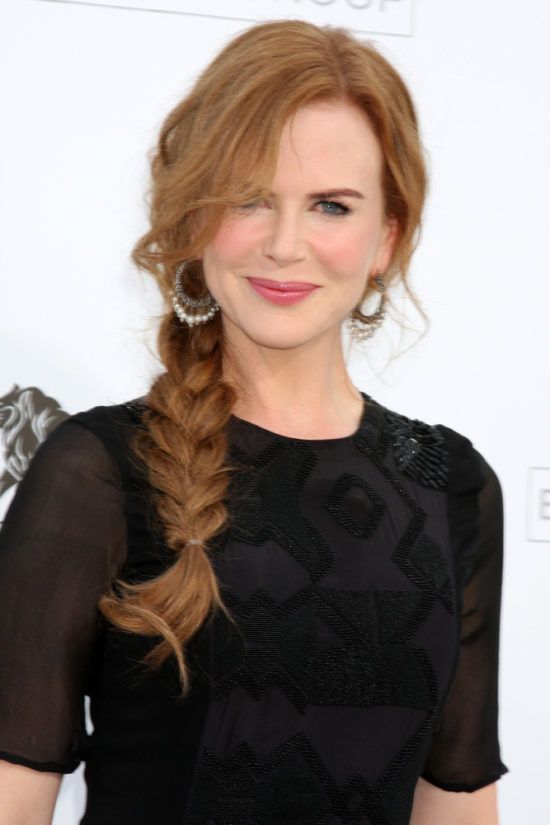 Iconic musician Ed Sheeran is another male superstar who’s known for his full head of red hair! He’s embraced his natural hair color to the fullest throughout the years and has even referenced it in some of his music. 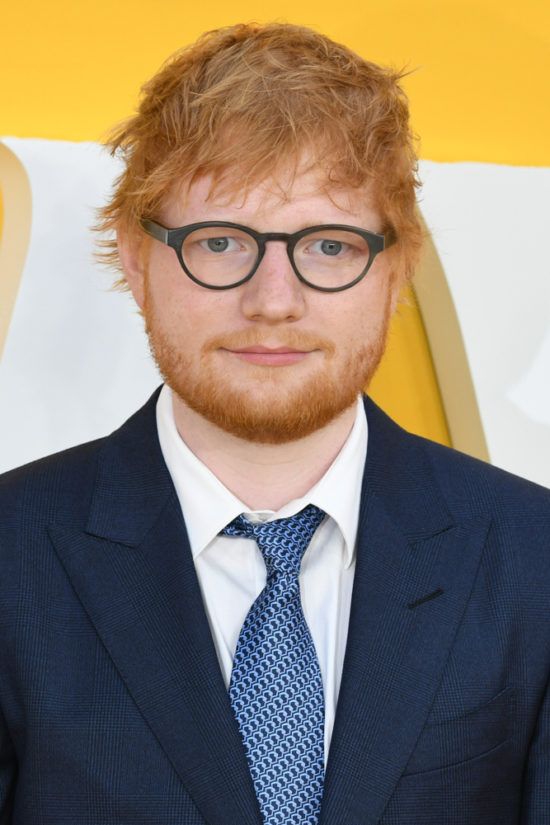 Perhaps one of the most surprising stars who wasn’t born with red hair is actress Emma Stone! The iconic actress seems like she was meant for red hair, but has admitted on multiple occasions that her natural hair is blonde, which she’s reverted back to a few times in recent years. 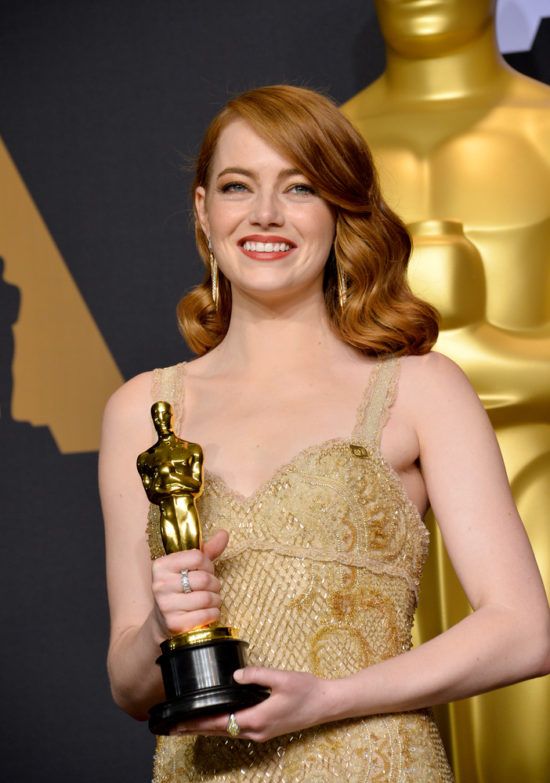 Lucille Ball is one of the most legendary redheads of all time, however, her hair wasn’t always this shade! She supposedly dyed her naturally blonde hair the red hue by using henna dye, which was one of Hollywood’s best-kept secrets throughout the years. 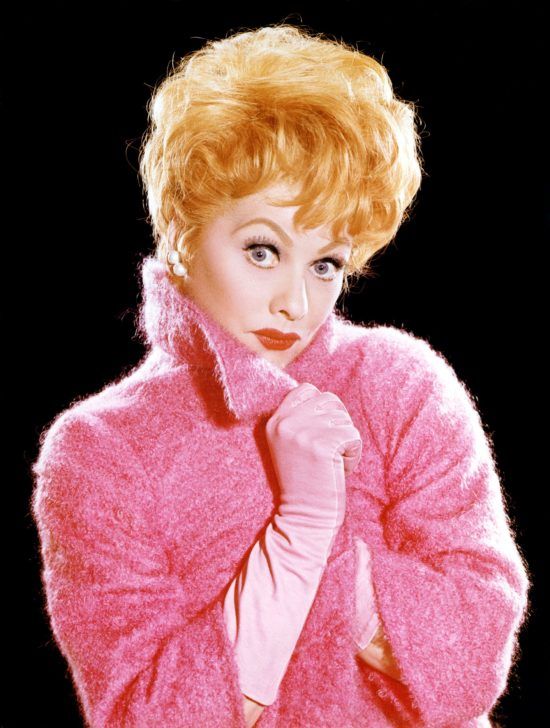 Lindsay Lohan skyrocketed into the Hollywood scene at a young age with films like The Parent Trap, LifeSize and Mean Girls. The actress has changed her hair color a few times throughout the years, but there’s no denying her naturally red-headed roots. 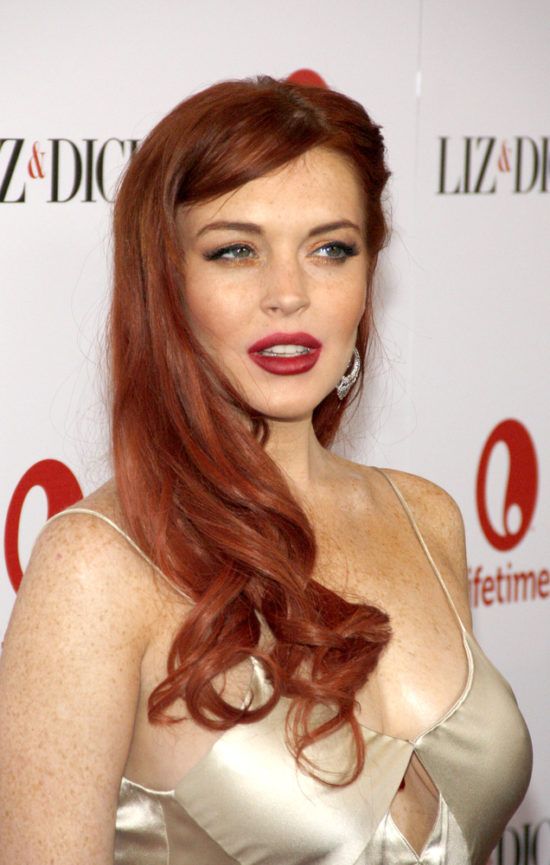 One of the most iconic celebrity redheads of all time has to be Prince Harry. Many speculated whether his son little Archie would be born with his father’s natural red tint, and from recent photos released it’s clear that the hair trait has carried on to him! 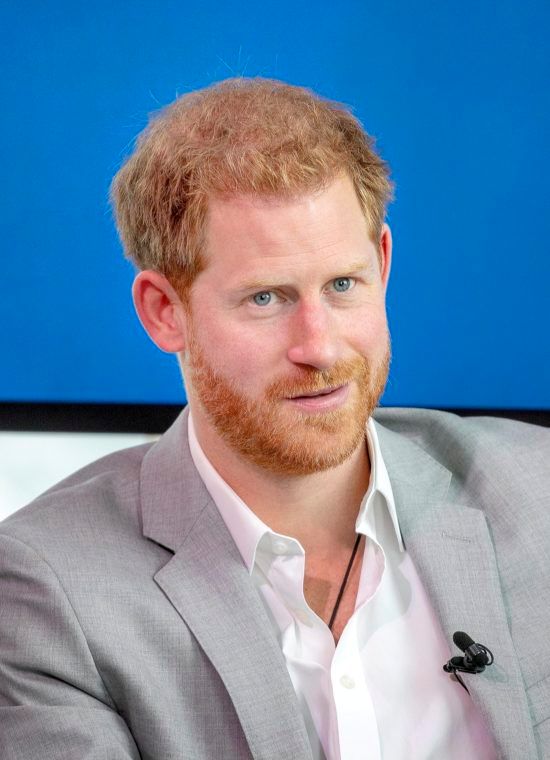