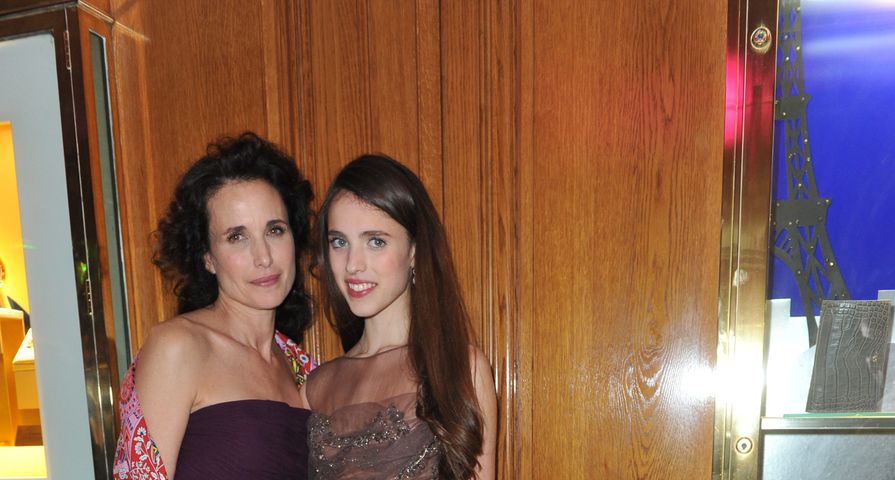 With some celebrities, it’s pretty obvious that they come from a really famous family; however, with others, it isn’t as widely known because they don’t advertise it and they try to establish their careers without using their family’s connections. We have a list of 15 celebrities who have really famous mothers, but most people are completely unaware!

Ashley Judd’s mother is country singer Naomi Judd; however, her career only took off when Ashley was 15 after she was signed to RCA along with her daughter Wynonna. Together, they were known as The Judds. They charted 23 singles and won five Grammy Awards in less than a decade. Naomi retired in 1991 after she was diagnosed with Hepatitis C. Ashley rose to fame as a result of her starring roles in films including Ruby in Paradise, Norma Jean & Marilyn, Kiss the Girls and Jeopardy.

Mamie and Grace Gummer are Meryl Streep’s daughters. They look so much alike and they also look like their mom when she was young. Mamie is the older sister. She was in the short-lived CW series Emily Owens, M.D. and played a recurring character, Nancy Crozier, on The Good Wife while Grace is best known for her roles in the television series Extant and Mr. Robot.

Italian actress Isabella Rossellini’s mother is one of Hollywood’s greatest screen legends, Ingrid Bergman. She starred in iconic films including Casablanca and was nominated for a total of seven Academy Awards, winning for Gaslight, Anastasia and Murder on the Orient Express. Although Rossellini had no intention of following her mother into the film industry, she ended up becoming a model and then an actress. Some of her best-known roles were in movies including Blue Velvet, Death Becomes Her and Crime of the Century.

Riley Keough comes from one seriously famous family. Her grandparents are Elvis Presley and Priscilla Presley, and her mother is Lisa Marie Presley. She grew up between Graceland Estate and Neverland Ranch. Her mother had married Michael Jackson soon after she had divorced Riley’s father and they stayed married for a couple of years. Even though Riley comes from a really famous family, she’s still had to face a lot of rejection in her career, but it has just motivated her to work harder and has already appeared in lead roles in major films including Magic Mike and Mad Max: Fury Road.

Black-ish star Tracee Ellis Ross’ mother is iconic Motown singer Diana Ross. While for some growing up with an incredibly successful mother might be intimidating, Tracee claims that she grew up in a very nurturing and encouraging environment. “I was raised by a woman who lived out her dreams. So she’s not living them out through me, or her children. She really gave us space and the courage to live the lives that we want to be living, and to have time to dream and conjure up the life that I wanted to be living,” she told W magazine.

Laura Dern is the daughter of Oscar-nominated actress Diane Ladd and her father is Oscar-winning actor Bruce Dern. Their heyday was during the ‘70s, so she didn’t grow up being followed by the paparazzi. During her childhood, her parents didn’t encourage her to go into acting. They waited until she was a bit older and then her mother had her enroll in acting classes for two years and then she made her first major film debut in the movie Foxes.

Mia Farrow grew up in Hollywood in an exclusive Beverly Hills neighborhood. Her father, John Farrow, was a screenwriter and director while her mother, Maureen O’Sullivan, was an actress whose most famous role was as Jane in the Tarzan series. Because of her mother and her father’s careers, she and her six siblings had homes in Malibu and Manhattan and they grew up on their parents’ film sets.

Billie Lourd’s mother was none other than Star Wars legend Carrie Fisher, which means her grandmother was actress Debbie Reynolds and her grandfather was singer Eddie Fisher. While Billie Lourd has been following in her mom and grandmother’s footsteps, her mother initially discouraged her from becoming an actress. “My whole life, they said, ‘Do not act. You need to get a college degree,’” she told Interview magazine’s Youth Wave issue. “I went to performing arts camp, secretly taking classes – I got the lead in the musical, and my dad was like, ‘Wait, I thought you were going here for music and knitting.’”

Grey’s Anatomy star Jessica Capshaw’s mother is actress Kate Capshaw, who starred opposite Harrison Ford in Indiana Jones and the Temple of Doom. Jessica also has a really famous stepdad – Steven Spielberg! She was born before her mother’s career took off in the ‘80s and once it did, she spent the remainder of her childhood on her mother’s film sets, which were all over the world.

The Leftovers’ actress Margaret Qualley is following in her mother Andie MacDowell’s footsteps. MacDowell was a big deal in the ‘90s thanks to her roles in Sex, Lies and Videotape, Short Cuts and Four Weddings and a Funeral. Qualley was initially interested in becoming a dancer but abandoned dancing because the negative impact it was having on her body, which then led her to modelling and then into acting.

Dakota Johnson comes from a really famous family. Her mother is Academy Award-nominated actress Melanie Griffith and her father is Emmy-nominated actor Don Johnson while her grandmother is Alfred Hitchcock muse Tippi Hedren and her stepfather was Antonio Banderas. Dakota made her film debut in 1999 in one of her mother’s films, Crazy in Alabama, and now she’s a bona fide star thanks to her role in the Fifty Shades of Grey franchise.

Liza Minnelli’s mother is Hollywood legend Judy Garland, who was famous for her roles The Wizard of Oz, Meet Me in St. Louis and The Harvey Girls. While it must have been difficult growing up with such a famous and talented mother, Minnelli has been able to step out of her mother’s shadow and establish herself as an award-winning actress in her own right.

Zoe Kravitz is well known for having a super famous dad – Lenny Kravitz – but her mom is also famous! She’s actress Lisa Bonet from The Cosby Show. Even though Zoe’s parents split when she was really young, they’re still really close. “It makes things so easy that my parents are still very close,” she told Ocean Drive, adding that her father is also close to her stepdad who happens to be actor Jason Momoa,“They have so much love for each other. My dad and my stepdad get along really well.”

Both of Jamie Lee Curtis’ parents, Tony Curtis and Janet Leigh, were famous actors. Her mother, Janet Leigh, is best remembered for her role in Alfred Hitchcock’s thriller Psycho while her father, Tony Curtis, was famous for his roles in Houdini, Operation Petticoat, Some Like It Hot, The Defiant Ones, and Spartacus. According to Jamie Lee, the more famous her parents became, the more their relationship deteriorated, and her father left her mother soon after she was born for 17-year-old German actress Christine Kaufmann.

Mariska Hargitay is now a well-known television actress thanks to her role in Law & Order: Special Victims Unit, but her mother, Jayne Mansfield was also pretty famous. Mansfield’s career took off during the ‘50s and ‘60s and she made a name for herself in films including Kiss Them for Me, The Sheriff of Fractured Jaw, and It Takes a Thief, but her life was cut short when she died suddenly in 1967 in a horrific car accident while Mariska and her brothers were asleep in the backseat of the car. Being the daughter of such an icon was really hard on Hargitay because she felt like she was in her mom’s shadow, but it ultimately made her who she is today.