Roles You Didn’t Know Were Played By Twins 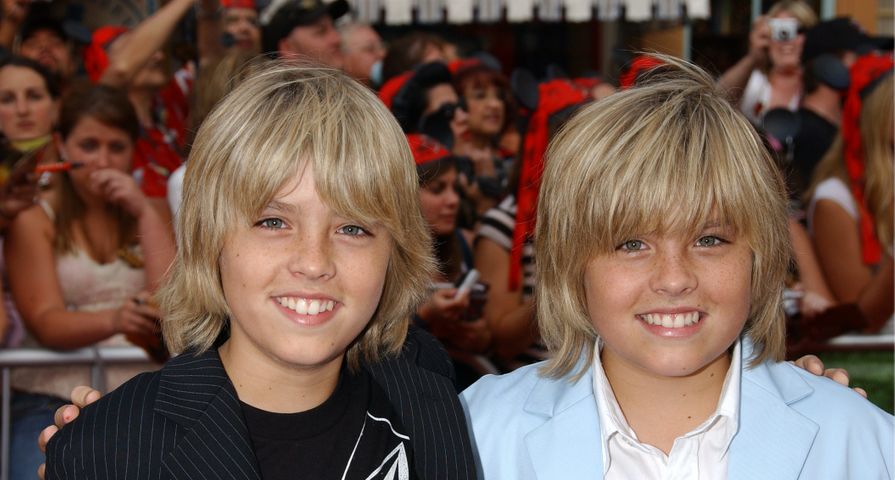 There are many cases when one actor is simply not enough for one role, whether it’s for stunts or child labor laws. More often than we realize, producers are forced to use doubles or, in rare cases, hire an actors twin! We’re all familiar with how Mary-Kate and Ashley Olsen rose to fame in the role of Michelle Tanner on Full House, and there are many others who’ve followed in their footsteps! Here’s a list of 17 roles you probably didn’t know were played by twins!

Baby Geniuses is one of those great movies from the ’90s. The comedy family film came out in 1999 and told the story of scientists who were studying super-intelligent babies. Among the babies in the film were two long lost twins named Sly and Wit, who were actually played by triplets! The Canadian triplets named Myles, Leo and Gerry Fitzgerald are now all grown up, but when they appeared in the original film when they were only 5-years-old, and again in the 2004 sequel.

Fox Mulder and Dana Scully welcomed a baby boy as part of the storyline on The X-Files back in 2001, and similar to many other infant roles on television, it was played by twins. The actors who took on the role were twins Travis and James Riker, who have grown up to be football-loving models with long hair. The twins are now teenagers and not surprisingly, have zero memory of ever being on the show. They didn’t even know they were on The X-Files until they were 7-years-old! Their mother took them to the audition after hearing about it through a friend, but now they mostly work in the modeling business.

Back in the 1960s when the Twilight Zone was still being created, there was no such thing as CGI, so show creator Rod Sterling had to get creative. In the episode “A Passage for Trumpet,” Klugman realizes he doesn’t actually exist after he tries to talk to a ticket girl who doesn’t seem to know he’s there. It becomes even more clear to him when he looks over at a mirror and sees that he’s not in the reflection, but the ticket girl is there. In order to create this shot, they hired twins to play the ticket girl and built a mirror-image set.

The Man in the Moon was a 1991 coming of age film starring Reese Witherspoon, Sam Waterston, and Jason Landon. In an interview with Texas Monthly, Landon revealed that the only reason he auditioned for the role f Court Foster in The Man in the Moon was because his twin brother Jeremy wanted to go. Since Jason was already there, he auditioned too. Unfortunately for Jeremy, Jason was the one who landed the role, but Jeremy still made a few appearances! He played Jason’s stunt double in the film.

When Mitchell Pritchett and Cameron Tucker on Modern Family first adopted their daughter Lily she was played by identical twin girls, Jaden and Ella Hiller. The two girls appeared as Lily for two seasons until actress Aubrey Anderson-Emmons stepped into the role at the age of 4. According to People, the twins were recast because they didn’t enjoy acting and would become agitated while filming. “Ella and Jaden are enjoying new toddler adventures in swimming, dance, gymnastics, and rock climbing. They are happy with the freedom of being 3 [years old]!” said their mother, Michelle Hiller.

The adorable baby girl named Emma Geller-Green who showed up in the middle of season 9 on Friends was played by twins Noelle and Cali Sheldon. According to their mother, Gretchen Carpenter, they were treated like royalty on set! “Everyone was really, really nice to Noelle and Cali, and treated them like little princesses on the set,” she said. The twins are now teenagers and don’t remember any of their time on set, but they both agree that having Jennifer Aniston as an on-screen mom was pretty cool!

The actor who played the iconic role of Harry Potter in the film franchise wasn’t played by a twin, but the baby version of him was! The baby, or should we say babies, who portrayed Potter as a child in Harry Potter and the Philosopher’s Stone were the Saunders’ triplets. Their exact names were never shared, but we do know the triplets consisted of one girl and two boys and they were all credited as one baby.

Lead actors Lucille Ball and Desi Arnaz welcomed a son together while starring on I Love Lucy, but because they didn’t want their child on-screen, the production team set out on a search for similar-looking twins to play the role of Little Ricky. They took the approach of looking for twins in order to get around child labor laws that limit camera time for child actors. Desi Arnaz was the one who chose 15-month-old Joe and Mike Mayer based on a photo of them at a Twins Club picnic.

Evan and Ryder Londo played the important role of Abel Teller on Sons of Anarchy, an action-packed FX show. No doubt this was a grueling role for a small child which is why they needed two actors to fill the role of Jax Teller’s son. According to their dad, Tom Londo, it was their most challenging job yet, but the dark and heavy show hasn’t put a damper on their spirits. “It’s never really affected them whatsoever. No violence has leaked over. I know some would assume it might have. The weird thing for me is that in the show they play such a sad character, but in real life, they are the exact opposite,” he said.

Cole Sprouse has been making his way back into the spotlight with a new role on the CW’s Riverdale as Jughead, but his first major theatrical film role was as Julian in the Adam Sandler film, Big Daddy. What many people might not know is that this character was played by twins! Cole Sprouse shared the role with his brother, Dylan Sprouse. They also starred in the Disney Channel sitcom The Suite Life of Zack & Cody.

The notable role of Assistant District Attorney Claire Kincaid on Law & Order was played by actress Jill Hennessy between 1993 and 1996. While she was exclusively played by Hennessy during this time, there was one particular episode in season 6 when her twin sister, Jaqueline Hennessy, was called upon to appear in some courtroom scenes. They needed two women to play Kincaid because, at the time, Jill was filming in Baltimore for the episode “Homicide: Life on the Street,” which was broadcast a few weeks later.

In season 5, episode 3 of Buffy the Vampire Slayer, Nicholas Brendon’s twin brother, Kelly Donovan was used as a double and did most of Xander’s stunts throughout the run of the show. Nicholas played the goofy version of Xander while Kelly’s role was strictly non-speaking. The twins haven’t collaborated on a project since, but they both still work in the industry. Kelly is a set designer and Nicholas took on a role on Criminal Minds.

Laverne Cox plays the role of transgender inmate Sophia Burset in the Netflix series Orange Is the New Black. In season 1, episode 3, viewers learn that Burset was once married and has a child. She ended up in prison because she committed credit card fraud in order to have gender reassignment surgery and that she has a tortured relationship with her son who struggles with her gender transition. In order to realistically depict Burset as a man, producers called upon Cox’s twin brother M. Lamar.

You’d think James Cameron would just use some of that CGI magic to create two Sarah Connors in Terminator 2: Judgement Day, but he didn’t need to because Linda Hamilton had a twin sister! Leslie Hamilton is visible in one particular scene when the T-1000 replicates Sarah Connor and Cameron needed to get two Connors in one shot.

This one might not be that surprising considering how young this character was! Twin sisters Michelle and Lisa Blair fulfilled the role of the baby, Mary, in the ’80s comedy, Three Men and a Baby. They were only 4-months-old at the time and according to their mother, they landed the role by fluke. “I was just bored at home on [maternity] leave, and I heard about this casting call. I thought it was just a scene in a movie,” said Geriann Blair. Michelle and Lisa were too young to remember anything, so it’s actually their mother who has the most memories from those days!

Move over Ashley and Mary-Kate Olsen, there’s a new set of twins on the set of Full House! Dashiell and Fox Messitt play the role of Tommy Fuller Jr. on the Full House reboot, Fuller House. In an interview with People, the twins mother, Kacy Andrews, said the boys have made a few milestones while working on the show! “When they started at seven months old, they didn’t even know how to crawl. And in the process of doing the show, they started crawling and started walking. So [there were] a lot of milestones while they were working.”

Lindsay and Sidney Greenbush were actually sought out by the production team of Little House on the Prairie to play the role of Carrie Ingalls. Someone from the show saw them in a commercial and reached out to them! “Sidney and I had done both commercials and a movie of the week called Sunshine with Cliff De Young. Michael Landon saw it and asked us to interview for Little House,” said Lindsay. The girls both starred as Carrie from season 1 to 8, but in season 5, episode “Godfather” they can be seen playing different characters. In the opening sequence, they were credited as “Lindsay Sidney Greenbush” which led many people to believe it was one person, but it was twins the whole time!