Home » Entertainment » Celebrities » Cast Of Reba: Where Are They Now?

Cast Of Reba: Where Are They Now? 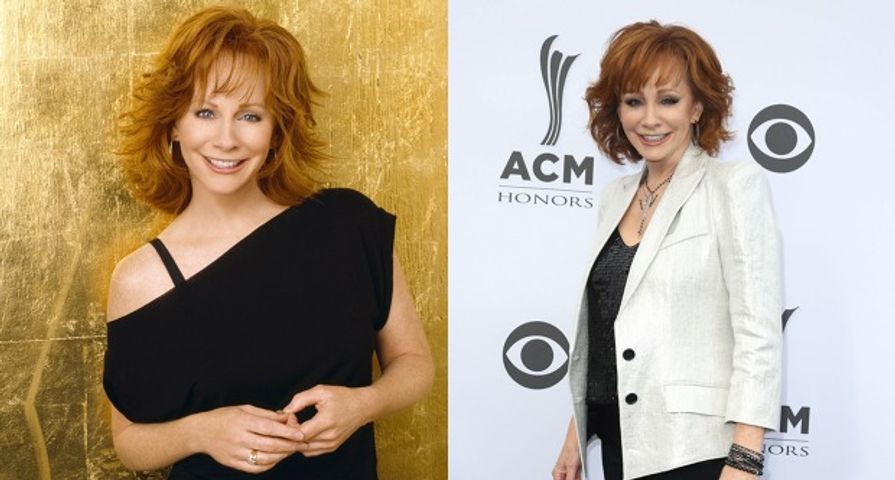 Reba was without a doubt one of the most underappreciated sitcoms of the 2000s when it first started, but it quickly gained a loyal audience, and continues to gain more fans thanks to reruns. From 2001 to 2007 Reba brought the laughs on The CW as Reba McEntire proved she is just as talented at acting as she is at singing with her very own sitcom. McEntire starred as Reba Hart, a witty single mother who has to deal with life after her husband left her for his dental hygienist, but still remains very much a part of her life as they co-parent their three children. While Reba was amazing, the rest of the cast was just as phenomenal, making for a truly great show. Now that it has been over a decade since Reba came to an end, find out where the talented cast is now:

Mitch Holleman was only six years old when he landed the role of Jake Hart, the youngest child on Reba. After Reba came to an end in 2007, a then 13-year-old Holleman retreated from the spotlight. In 2009 he had an uncredited role in The Hangover and the next year appeared in one episode of Shake It Up! From 2010-2015 Holleman went on a hiatus from acting during which time he was a guitarist in the band Mumble & Ghost and is now focusing on his career as a stand-up comedian. In 2016 he appeared in the film Bus Driver and has appeared in two episodes of Astrid Clover in 2016 and 2017. 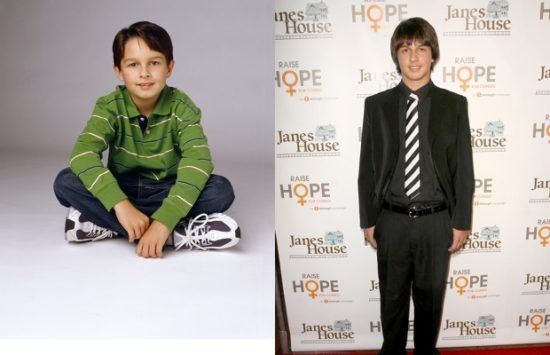 Melissa Peterman was without a doubt the hidden gem of Reba as Barbara Jean Booker Hart. While she was the “other woman” it was impossible not to like her as she basically forced Reba into friendship. After the series came to an end Peterman stepped back from acting for two years, and while she still took on small roles, she focused on her comedy instead and hosted Comedy Stage for CMT which only lasted eight episodes. In 2009 she returned to TV with a small role in Surviving Suburbia and after many more roles, she is now best known as Bonnie Wheeler in the hit Freeform series Baby Daddy where her classic comedic timing is still on display. 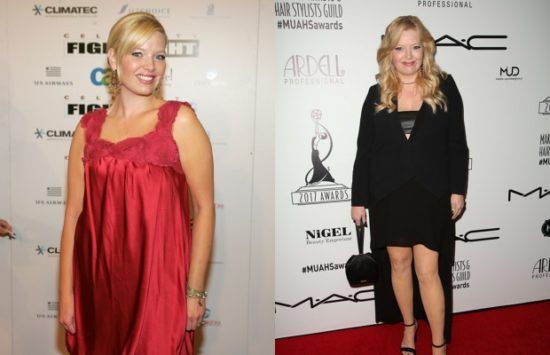 Scarlett Pomers played the middle, sassy and angsty child on Reba, Kyra Hart, for most of the series aside from missing some time in 2005. After missing most of season five, it was revealed that Pomers had entered treatment for an eating disorder, and once Reba came to an end, she quit acting all together. Instead of acting, Pomers turned to photography, worked on music and even became a jewelry designer which sells on her online store, The Mermaid’s Lure. She also did some voiceover work, but said, “For the most part I’m focused on the music and photography. That keeps me busy and happy, and I can make enough of a living doing it.” 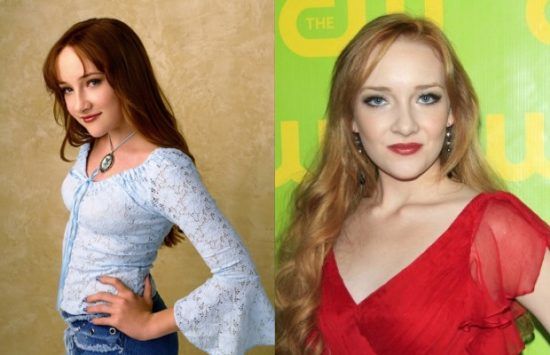 Steve Howey was undoubtedly one of the most popular actors to come out of the show as he played the sweet and athletic yet simple Van Montgomery. The series marked Howey’s first major role and helped launch his career afterward which included roles in films such as Bride Wars, Conception, and Something Borrowed as well as in series like Ctrl, Sons of Anarchy and most notably the hit series Shameless, which he stars in as Kevin Ball. In 2009 Howey married actress Sarah Shahi and they know have three children together: son Wolf Howey and twins Violet and Knox. 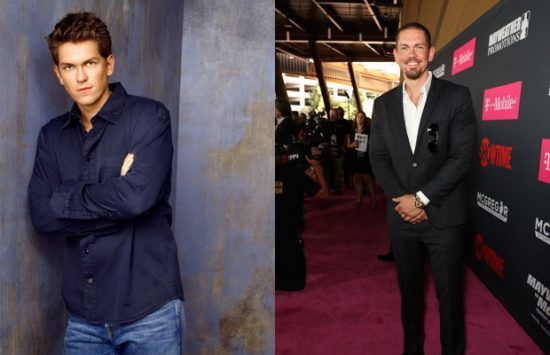 JoAnna Garcia-Swisher starred as Cheyenne Hart-Montgomery, the eldest child of Reba who ends up pregnant while still in high school and marries her highschool boyfriend Van Montgomery who moves into the household. In the years since Reba ended the actress has focused on acting as well as her family life. She has appeared in many films and TV series including Privileged, Gossip Girl, The Internship, The Astronaut Wives Club, Pitch and Once Upon a Time. She also stars in the new 2017 sitcom Kevin (Probably) Saves the World. In 2010, she married baseball player Nick Swisher and they have since welcomed two daughters: Emerson Jay and Sailor Stevie. 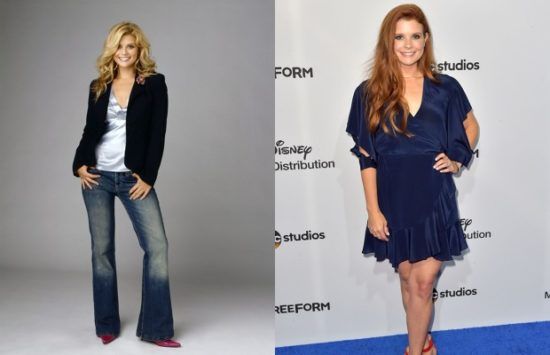 Christopher Rich starred as Brock Hart in Reba, the two-timing dentist who left Reba to be with Barbara Jean. Rich had many roles under his belt before starring in the series and maintained a recurring role on Boston Legal while starring in Reba. Since 2007, Rich has continued to act with numerous roles in TV series including Desperate Housewives and Rizzoli & Isles. From 2010-2015 he had a recurring role on the sitcom Melissa & Joey and has most recently worked on films including Cassidy Way and Christmas in the Heartland. In 2015, he also appeared in the Polish reality series Hollywood Wives, which is based on the English franchise The Real Housewives, as his wife Ewa was a star on Hollywood Wives. 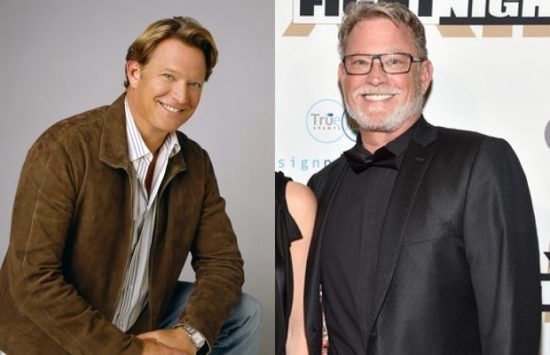 There isn’t much of a need to ask where Reba herself is now because she is still as big of a star as ever! Following her lead role as Reba Hart, the talented star continued working on her music and acting, starring in the short-lived series Malibu County and appearing in series such as Baby Daddy and Last Man Standing. She has released quite a few albums in the years since as well and in 2016 released the Christmas album “My Kind of Christmas” and in 2017 released “Sing It Now: Songs of Faith & Hope.” In late 2016 there were also rumors Reba was in talks to star in an untitled “Southern Goth soap opera,” which means she could be returning to the small screen in a lead role sometime soon. 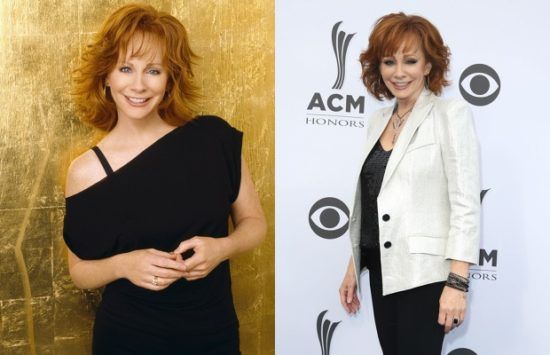