Celebrities Who Were Discovered In Strange Ways 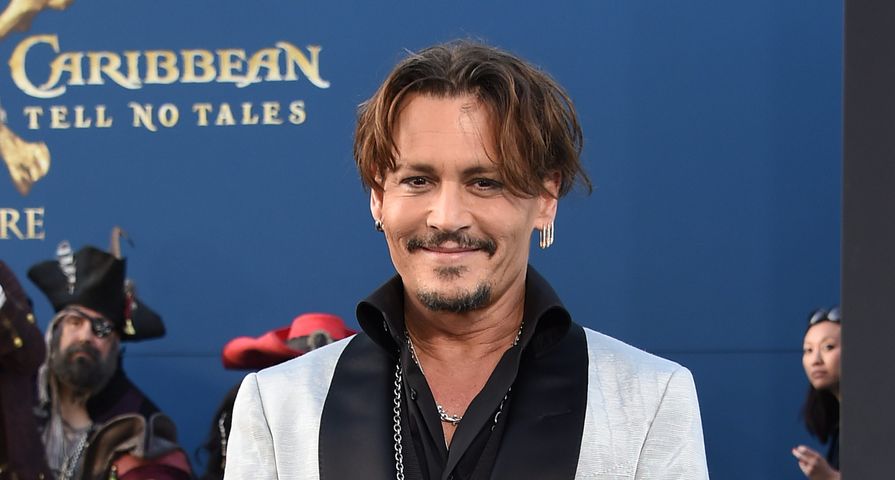 A ton of up and coming stars go to Hollywood every day with dreams of becoming rich and famous, and for some it definitely worked. What might be more surprising are the many popular stars who were discovered by accident or while not looking for fame at all. From influential FedEx delivery men to simply accompanying friends to auditions and just going for a walk with their dog, here are 10 popular celebrities who were discovered in strange ways:

Haley Joel Osment was one of the most successful child actors of the ’90s and early 2000s and instead of getting his parents to drag him around to auditions or pay for endless acting classes, all it took was one trip to IKEA for the actor to be discovered. “I was at the Burbank Ikea, and it’s so weird that they’d do this because I think if you saw this now, you’d be like, ‘What?’ But they had a casting table with two women taking Polaroids of all the kids who would come into the store,” he explained in an interview. “They took a Polaroid and nobody thought anything of it until we got called to do a cattle call at one of those kids’ commercial things. We went, and from that audition, within a couple of weeks, I was doing a Pizza Hut commercial for Bigfoot pizzas, a promotional pizza they had. Just from that commercial, the casting director for Forrest Gump got in contact with us and I was reading with [director Robert] Zermeckis and Tom Hanks pretty soon after that. It all kind of snowballed from there.”

From a young age Mandy Moore wanted to be a successful singer, but never thought it would actually happen. At 14 years old, the summer before she began high school, Moore saved up enough to buy some studio recording time for herself, and in the end it was a FedEx employee who changed her life. The delivery man heard her in the studio, and had some connections in the music industry. “It turned out the delivery guy had a friend of a friend of a friend who was the head of Urban A&R at Epic Records,” Moore explained. She was soon asked to do a meeting with the rep from the label, but still didn’t understand that it would change her life forever. “The meeting was the same day as my high school homecoming football game, and I was more concerned about making sure this meeting was done in time so I could hang out with my friends! It was so beyond my comprehension that this could actually lead to a career. I was 14!” Safe to say Moore never imagined she would not only become a popular singer, but a beloved actress as well!

It seems Natalie Portman has always had a star-like quality about her, even before she considered acting. While still a child, Portman was just eating pizza at a restaurant with her family when a scout for a modeling agency approached her. “I was just at a pizza place, after dance class, with my mom. I was excited. As a 10-year-old girl, it was super-flattering.” Even at the time, however, Portman was bold and knew what she wanted and said, “I’m not interested in people judging me by what my appearance is,” and instead asked if she could talk to an acting agent. Of course, her request paid off and in 1994 she made her very first on-screen appearance and hasn’t looked back since.

It is no surprise that Sofia Vergara has always been stunning, so when she was only 17 years old a photographer discovered her while she was just hanging out at a Colombian beach. “I was 17. I was at the beach with my parents and some scout asked to take a Polaroid of me,” she revealed in 2013. It didn’t take long for modeling and television roles to come pouring in and that same year she starred in her very first Pepsi commercial which aired in Latin America. If it weren’t for that chance day at the beach, the world would have never known the hilarious and incredible talents of Sofia Vergara.

Mel Gibson wasted absolutely no time in becoming one of the hottest actors in the industry after his big break in 1979’s Mad Max, but at that point the actor didn’t think he was ever going to become a star and instead was focusing on becoming a chef or journalist. After a couple small roles in the Australian entertainment industry, things changed when Gibson gave his friend Steve Bisley a ride to the audition for Mad Max. While there, the director was drawn to Gibson’ face which at the time was covered in bruises from a bar fight the night before and asked him to come in for a background villain role in three weeks. It seems that when Gibson returned in three weeks and the director saw how handsome he really was, and he was immediately asked to be the lead. While he has severely hurt his own career in the past few years, there was a time when Gibson was at the top of the A-listers after starring in movies such as Lethal Weapon, Braveheart and The Patriot.

It is undeniable that Hollywood would be a different place without the influence of Johnny Depp. The actor has had many iconic and unbelievable roles over the years, but he certainly didn’t set out to become one of the most influential actors in the industry. Instead, Depp wanted to focus on music and when he moved to L.A. he did so for his band. By chance, Depp went with his friend Jackie Earle Haley to his audition for A Nightmare on Elm Street, but it was Depp who caught Wes Craven’s eye. While stories differentiate on whether or not Depp actually went with the intention of auditioning, it seems it was Craven’s daughter who thought Depp was “dreamy” and asked her father to cast him. Following his on-screen debut in the 1984 horror classic, Depp’s career hasn’t slowed down since.

It is difficult to remember a time before Pamela Anderson was a pop culture icon, but back in the late ’80s the gorgeous star was working as a fitness instructor in Vancouver, British Columbia. In 1989 she attended a CFL game for the B.C. Lions and was soon spotted by the camera operators who put her on the Jumbotron where she received a loud cheer from the crowd for her stunning looks and sporting a Labatt’s Beer T-Shirt. After the uproar she caused at the game, Labatt briefly hired Anderson as a “Blue Zone Girl” spokesmodel and that was all it took for Anderson to catch everyone’s eye. By October 1989 she was the cover girl for Playboy and was then chosen as the Playmate of the Month in their February 1990 issue. That year she landed her first TV role in Charles in Charge and has gone on to be on more Playboy covers than any model and become a Baywatch legend.

It is probably the dream of many to be stopped on the street and told they look like they could be a star, but that is essentially what happened to Jennifer Lawrence. The young actress has already had an award-winning career, and isn’t even 30 and it is all thanks to being in the right place at the right time. While visiting Manhattan with her mother, a 14 year old Lawrence was spotted by a talent agent who told her she should go into modeling and offered her his info and an agency. “I didn’t know that kind of thing was creepy,” Lawrence said in an interview years later. “Then I went into the agency and did a cold read for a Reese’s Peanut Butter Cup commercial. They told me it was the best cold read they’d ever seen from a 14-year-old. My mom told me they were lying,” she joked. Regardless, the “creepy” encounter was completely legitimate and Lawrence is now one of Hollywood’s most sought after and highest paid actresses.

Back in the mid-90s David Boreanaz was just another aspiring actor who really wasn’t having much luck finding his breakout role, and when it did come, it did so in a very strange way. After landing a few very small roles including only one credited one, all Boreanaz had to do was go for a walk with his dog and he soon found himself as part of one of the most iconic shows of the time, Buffy the Vampire Slayer. As it turns out, a neighbor of Boreanaz’s was friends with Buffy‘s writer at the time Marti Nixon and knew they were need of someone for the role of Angel, who was described as being “impossibly handsome.” Upon seeing Boreanaz while out for his walk, the neighbor suggested him and the actor immediately got the role after Joss Whedon saw all of the ladies’ reactions to him during his audition. Now, Boreanaz has not only enjoyed his Buffy fame but, of course, got his very own spin-off with Angel which ran for five seasons and went on to star in Bones for an incredible 12 seasons.

There are some discovery stories that are way more strange than ever, and Charlize Theron’s is one of them. After focusing on dancing and modelling as a teenager, at 19 years old Theron moved to L.A. to pursue acting after suffering an injury that ended her dancing career. It wasn’t going so well for Theron, however, and her mother sent her a cheque to help pay the rent, but when she went to cash it, the teller wouldn’t take it and in need of the money Theron engaged in a shouting match with the bank employee. “I’m like, ‘it’s survival people.’ If I didn’t cash that check, I wouldn’t have had a place to sleep that night,” Theron explained of the incident. By chance, talent agent John Crosby witnessed the whole dramatic ordeal and was struck by Theron, so he gave her his business card and was able to network her with casting agents and suggest an acting school. Although Theron and Crosby ended up not having a good working relationship and she later fired him, he did land her her first acting roles which led to her rise in Hollywood.