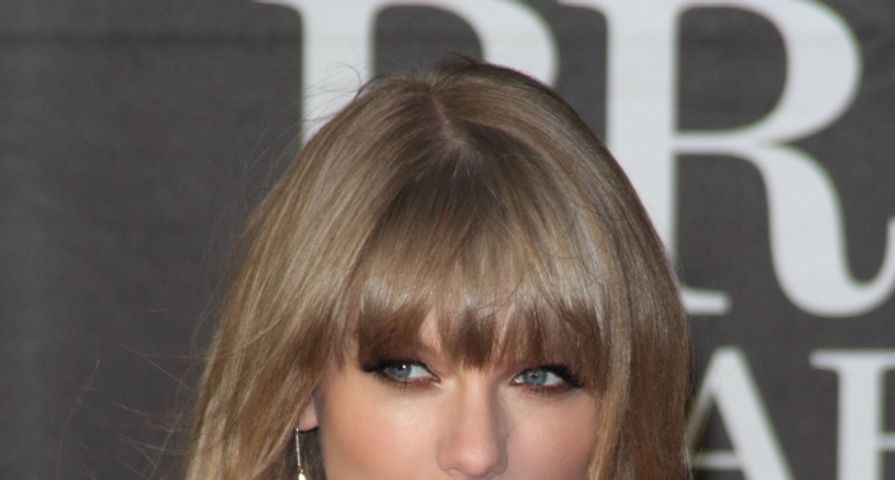 Brooke Shields’ father was wealthy. He was an executive at Revlon while her mother was a model who came from Italian nobility. When Shields’ mother found out that she was pregnant, her father had paid her to get an abortion, which she didn’t get, so upon discovering that she was still pregnant, he married her. The marriage didn’t last, however, and by the time Shields was five months old, her parents divorced. According to her mother, it was the gulf in their backgrounds that caused the divorce. “I am too opinionated and don’t act right in public,” she said.

Kyra Sedgwick is a descendent of a very blue-blooded family. Her great-grandfather, Endicott Peabody, founded the prestigious Groton School, and her relative, William Ellery, signed the Declaration of Independence. Her father, Henry Dwight Sedgwick V, was a venture capitalist, and Kyra grew up attending private schools and living on the Upper East Side in New York City with her mother and her stepfather, who was an art dealer.

Ariana Grande’s family never had to worry about money. Her father, Edward Butera, owns his own graphic design firm in Boca Raton, Florida, while her mother Joan Grande is the CEO of Hose-McCann Communications, a telephone and alarm system. Although her parents are no longer together, money clearly isn’t an issue for either one of them!

8 Celebs Who Made Big Money Selling Their Baby Photos

Jake and Maggie Gyllenhaal were born into the entertainment business. Their mother is film producer and screenwriter Naomi Foner while their dad Stephen Gyllenhaal is a film director. They also have blue blood. Stephen Gyllenhaal comes from nobility. He is a descendant of the Swedish noble Gyllenhaal family.

Armie Hammer comes from money. His grandfather Armand Hammer was an oil tycoon while his father, Michael Armand Hammer, is a businessman who owns several businesses, including Knoedler Publishing and Armand Hammer Productions, a film/television production company. Armie’s family’s name is plastered on landmarks all across the Los Angeles area but, so he’s well aware that his upbringing was way more privileged than the average person’s!

Girls’ star Allison Williams had a privileged upbringing. Her father, Brian Williams, was a news anchor on NBC Nightly News and her mother, Jane Gillan Stoddard, was a TV producer. She grew up in New Canaan, Connecticut, an upscale town, where she attended an all-girls prep school, and then Yale University.

8 Celebrities You Didn't Know Are Cousins

Lady Gaga was raised in New York City’s Upper West side where she attended Convent of the Sacred Heart, a private all-girls school on Manhattan’s Upper East Side, with Paris Hilton. Lady Gaga definitely had a privileged upbringing! Her parents were entrepreneurs who worked in the telecommunications industry from home.

Celebrities Who Were Discovered In Strange Ways

Kristen Stewart grew up in the entertainment industry. Her father is a stage manager and producer who worked for Fox, and her mother is a script supervisor who also directed a film. The actress reportedly grew up in an Alice in Wonderland themed mansion worth $1.75 million in the Hollywood Hills.

Samantha Ronson was born into money! Her mother is a writer/socialite and her father is a music executive and real estate entrepreneur. Ronson is the niece of property tycoon Gerald Ronson and is related to British Conservative politicians Sir Malcolm Rifkind and Leon Brittan, as well as Odeon Cinemas founder Oscar Deutsch.

6 Actors/Actresses Who Shared Characters With Their Children

Gwyneth Paltrow had a very privileged upbringing. Her mother is respected actress Blythe Danner and her father, Bruce Paltrow, was a film producer/director. The actress went to elite private schools, including the Spence School in New York City, and her debut into acting was in High, a TV film her father directed.

Celebrities Who Are Childhood Friends

Jennifer Aniston was born into show business! Her father is John Aniston from Days of our Lives and her mother is actress Nancy Dow. The Friends star grew up in Los Angeles and New York City and attended prestigious schools like Rudolf Steiner and Fiorello H. LaGuardia High School of Music & Art and Performing Arts.

10 Celebrities Who Have Had Near-Death Experiences

Rashida Jones, daughter of music legend Quincy Jones, had a wealthy and privileged upbringing in Bel Air, Los Angeles. She attended The Buckley School with Paris Hilton and Nicole Richie and, after high school, she went to Harvard University.

Adam Levine – the lead singer of Maroon 5 – grew up in the Pacific Palisades neighborhood in Los Angeles, California. His father was the founder of the retail chain M. Fredric and his mother was an admissions counselor. He attended Brentwood school, a private school where he met two of his future bandmates, Jesse Carmichael and Mickey Madden.

Taylor Swift’s had a pretty privileged upbringing! The singer grew up attending private schools, vacationing in exotic locales and riding horses. Her father is a financial advisor and her mother had been a marketing executive before she gave up her career to be a homemaker.

Robin Thicke is the son of Alan Thicke from Growing Pains and his mother Gloria Loring was an actress on Days of our Lives. Growing up in the entertainment industry certainly influenced him! He is currently pursuing a singing career.

Jordin Sparks’ had a pretty lavish life before she became famous! Her father was former professional football player Phillippi Sparks who played for the New York Giants and the Dallas Cowboys, and her mother was a successful entrepreneur.

Female Celebrities With Fake Names And The Names They Rejected

Michelle Williams comes from a well-to-do family! Her father is a successful Montana stocks and commodities trader and author who ran for the United States Senate twice and her mother was a homemaker.

Paul Giamatti had a fairly affluent upbringing! His father was a Yale University professor who later became president of the university and commissioner of Major League Baseball.

Miley Cyrus is the daughter of famous country singer Billy Ray Cyrus who garnered international fame for his single “Achy Breaky Heart.” Her father is worth an estimated $20 million.

Darren Criss’ father was a banker and a former director of the San Francisco Opera, the Philharmonia Baroque Orchestra, the Stern Grove Festival and San Francisco Performances. The family moved to Honolulu when his father started the EastWest Bank where he served as Chairman and Chief Executive Officer.

Male Celebrities With Fake Names And The Names They Rejected

Zooey Deschanel is the daughter of Academy Award-nominated cinematographer and director Caleb Deschanel and actress Mary Jo Deschanel. She grew up in Los Angeles and attended Crossroads, a private preparatory school, where she met Jake Gyllenhaal and Kate Hudson.

Julia Louis-Dreyfus’s father is a billionaire who was the chairman for Louis Dreyfus Energy Services. The actress is also the great-great-granddaughter of Léopold Louis-Dreyfus who founded the Louis Dreyfus group, a French commodities and shipping conglomerate in 1851, which members of the family control to this day.

10 Actors Who Are Talented Musicians

10 Celebrities You Didn't Know Have Allergies

Chevy Chase was born into a prominent New York family with ancestors dating back to the early 1600s! His father was a successful book editor and magazine writer, and his mother was adopted as a child by her stepfather Cornelius Vanderbilt Crane, heir to Crane Plumbing.

8 Celebrities You Wouldn't Expect To Be Funny

Anderson Cooper’s mother is part of the Vanderbilt family. The Vanderbilts made their fortune through the shipping and railroad industries and they remain the seventh wealthiest family in history. His family’s wealth meant that he received a great education. He attended the Dalton School, an exclusive, private Manhattan institution, and then Yale University. He won’t be inheriting any of the Vanderbilt fortune though. “I think my mom and dad both wanted to get across to me that … I obviously grew up with great privilege and was very lucky and was able to afford college and not have student loans and they would pay for college, but beyond that, it would be up to me to make a living,” he told People.