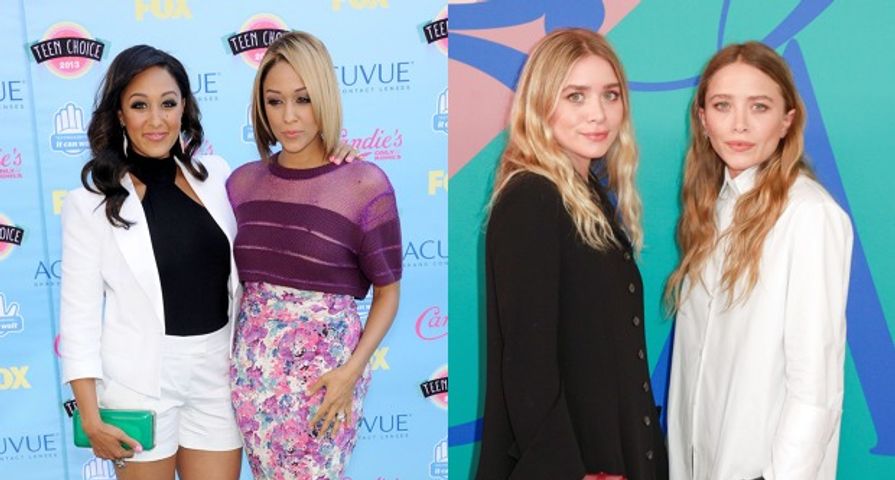 Hollywood is very intertwined and a place where the six degrees of separation is no joke. Over the years, celebrities from singers to television and movie stars have revealed their surprising connections to others in the industry that fans had no idea about. From unexpected friendships to going to school together to knowing each other well before fame, lots of celebrities have had some interaction that may seem surprising! Some of the most surprising are stars that babysat other celebrities, sometimes before they became famous themselves! Here are 10 celebrities who babysat other stars:

Wayne Gretzky really can do anything, and when he wasn’t bust being one of hockey’s most iconic players, he would babysit a young Robin Thicke. After becoming close with actor Alan Thicke, Gretzky and his wife Janet agreed to house sit for Thicke and also watch his then 11-year-old son, Robin, while Alan was in Norway with his other son Brennan. Unfortunately, the babysitting job was cut short because Gretzky was actually sitting on Thicke’s couch when he got the call that he had been traded from Edmonton to Los Angeles on August 9, 1988. “I called from Norway because I picked up the Oslo morning paper and saw pictures of Gretzky — but I couldn’t understand the text, of course. And I thought maybe there had been a fire, a mudslide, a drive-by shooting, who knows? So I called home, and I learned Wayne left early in the morning; he got traded last night. He got the call at about 9 p.m., and he was gone by 6 the next morning. So we had to find a substitute nanny instantly, which is not as bad as what Edmonton had to find to replace him,” Thicke explained in a 2012 interview with Sportsnet. 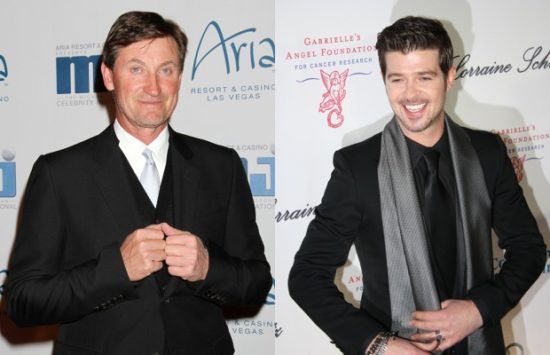 Being one of the world’s biggest rockstars didn’t stop Alice Cooper from helping out a friend which meant he occasionally babysat a very young Keanu Reeves many years ago. As it turns out, Reeves’ mother Patricia worked as a costume designer for Cooper, and she would ask Cooper to look after her son and his friend from time to time. Although many would think having Alice Cooper as a babysitter would be the highlight of any childhood, Reeves barely remembers it. “I grew up in Toronto and I lived on this street called Hazelton and there was a recording studio (near) there called Nimbus 9 and my mother was in costume design, she was in rock ’n’ roll, in the business, and they had friends and she had friends, and so Alice Cooper – I’m told – babysat me. I don’t know how that could possibly happen, but it did,” he told Jimmy Fallon. 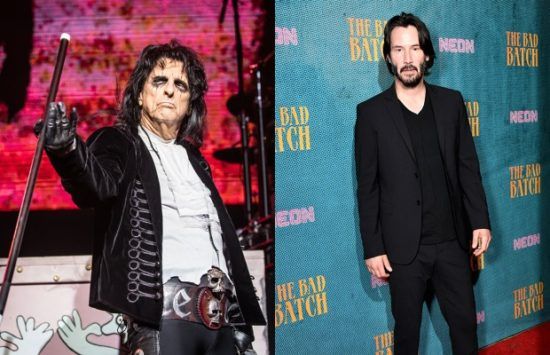 Before she was one of the most popular Real Housewives stars after joining The Real Housewives of New York City in 2008, Bethenny Frankel was finding her way in the entertainment industry with odd jobs. She worked as a production assistant on Saved by the Bell, but also babysat two of Hollywood’s most famous socialites: Nicky and Paris Hilton. Frankel revealed that she was working as a hostess at a popular restaurant in Beverly Hills when she met Kyle Richards who is Nicky and Paris’ aunt. Richards helped Frankel get a job working as a nanny, chef, and chauffeur for the two girls. “I’ve known Kyle for years. I used to work for Kathy Hilton and take Paris and Nicky to school and so I knew them through Kyle,” Frankel explained years later. 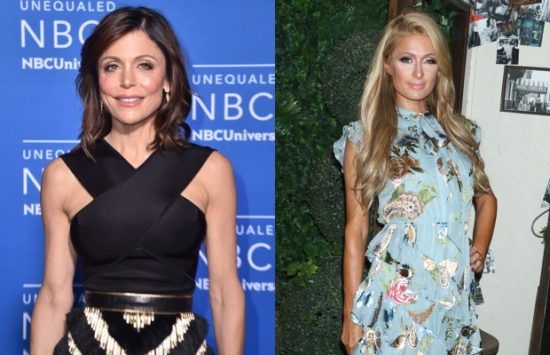 Red Hot Chili Peppers frontman Anthony Kiedis has led an interesting life in the hugely successful band, but it turns out his life was just as interesting before stardom. In his memoir, Scar Tissue, Kiedis revealed that he was babysat by none other than Cher, but his story was far from adorable. Kiedis was 12 when Cher babysat him, which meant he was more of a curious teenage boy than a kid who needed watching. “I was in bed and Cher got up to go to the bathroom and get ready for bed. I watch her take off her clothes. There was a woman’s naked body. I remember thinking, ‘This is not bad, lying next to this beautiful lady,'” he shared in his memoir. He also talked about his famous babysitter during his band’s appearance on Carpool Karaoke with James Corden, stating, “I was 12 years old. She was fit and fine, I knew that and I’d just hit that hormonal plateau. We hung out, I slept in her bed. I actually watched her through the crack of the bathroom door, getting ready for bed.” 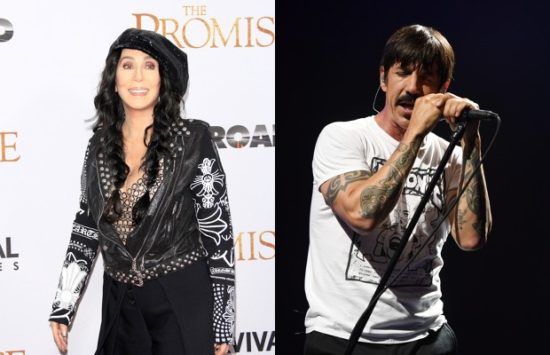 One of the most surprising celebrity babysitter stories is that Laura Dern once babysat Angelina Jolie. Dern’s father, Bruce Dern, revealed that Laura was recruited for the job while he was working with Jolie’s father Jon Voight on a film. “Jon Voight’s a friend of mine, so I remember Laura babysat one night for Angelina when Angelina was 2 and Laura about 8…because Jon and I were doing ‘Coming Home.’ They were staying over at [director] Hal Ashby’s house, so they asked her to come over [to watch Angie],” Bruce Dern explained. Of course, it is safe to say the two actresses did not remain close as in 2000 Jolie married Billy Bob Thornton, who at the time had been dating and living with Dern for several years. “I left home to work on a movie, and while I was away, my boyfriend got married, and I’ve never heard from him again,” Dern said of the sudden and shocking split involving Jolie. 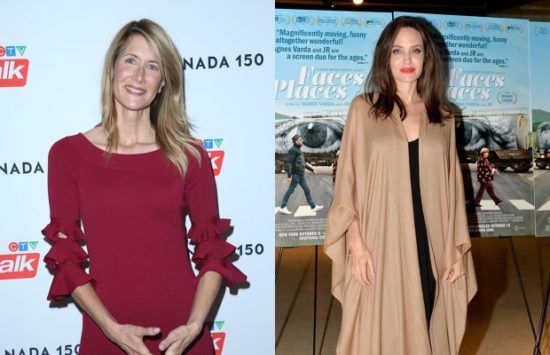 If his character on Shameless is any indication, William H. Macy probably wouldn’t have made the best babysitter, but thankfully he is much more reliable in real life. While building on his acting career in Chicago, Macy became friends with Jeremy Piven’s father who took Macy under his wing and, as a result, he ended up babysitting the future Entourage star. He added that he also babysat Joan and John Cusack after getting to know their father, Dick Cusack, while starring in a play with him. Little did they know, decades later Macy and Cusack would be playing lovers in Shameless and Macy revealed he and Joan often talk about what her father would have said if he knew how their lives would collide again. 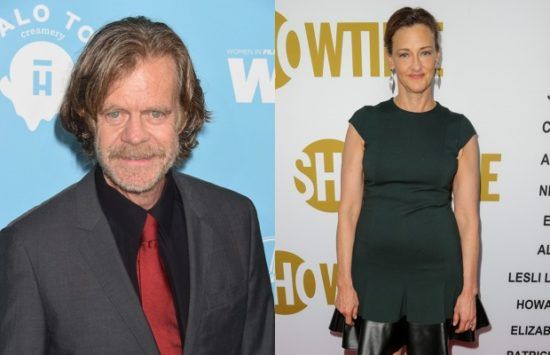 Hollywood may be a small place but actress Chloe Sevigny and Topher Grace’s connection began in Connecticut. Before she was in American Horror Story and before he was starring on That ’70s Show, Sevigny babysat Grace while they were both living in Darien, Connecticut. “She was the cool babysitter. I had such a crush on her,” Grace admitted. 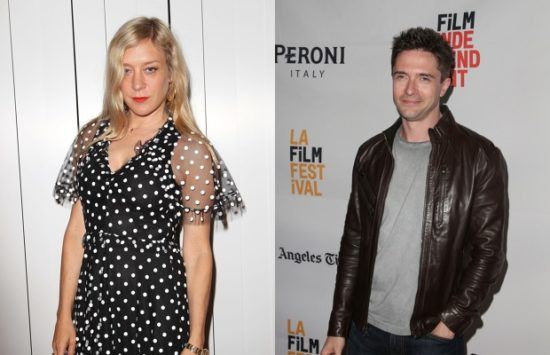 Getting sung a lullaby is never a bad thing if it is coming from Michael Bolton, but aside from that singer, dancer and former American Idol judge Paula Abdul said he wasn’t the best babysitter. Abdul revealed that the famous singer was her babysitter while appearing on Jimmy Kimmel Live! a few years ago. Abdul explained to Kimmel that at the time she knew Bolton he was only a teenager who had moved to L.A. to pursue fame. Bolton and his then-girlfriend were friends with Abdul’s older sister who then recruited Bolton to babysit a young Paula. She added that he wasn’t the best at the job and she once even jammed a pencil into her leg to force him to pay attention to her. She also said, “He’d never want to help me with my homework. He would only just want to jam with the rest of the musicians in the building that I lived in.” Years later, Bolton called Abdul’s agent to ask her to choreograph his tour for him, but not before jokingly asking if she was “the same bratty Paula Abdul” that he babysat. 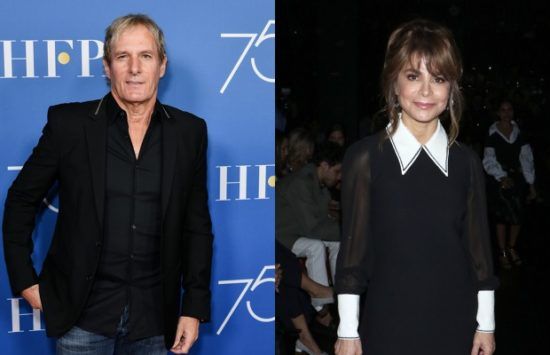 2. Tia and Tamera Mowry and Mary-Kate and Ashley Olsen

Two of Hollywood’s favorite sets of twin sisters go way back! While on The Meredith Vieira Show back in 2014, Tia Mowry of Sister, Sister fame revealed that she and her twin sister Tamera would babysit Mary-Kate and Ashley Olsen while the Olsen twins starred on Full House. “My brother, he played Teddy. So, we would always go and visit the set, and my sister and I — a lot of people don’t this — we would actually babysit the Olsen twins.” She added, “The producers would hang around on the set they were like, ‘These girls are so adorable.’ We even did a guest spot on Full House. It’s kind of like where we got our first start.” Following their 1992 appearance on Full House, Tia and Tamera starred in their own series Sister, Sister from 1994-1999. 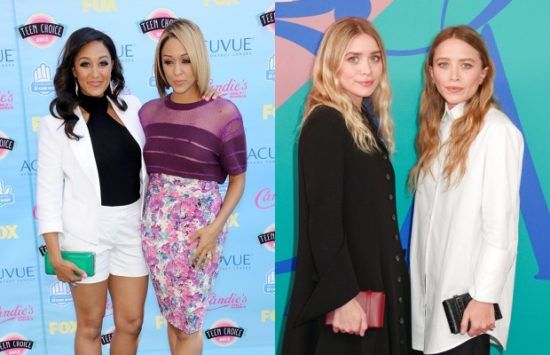 Keifer Sutherland may be much too famous and busy to take on babysitting jobs now, but things were different when he was still up-and-coming. While working in theater with Blythe Danner, the popular actress would sometimes ask Sutherland to watch her daughter, who is of course Gwyneth Paltrow. “I was working in a theater with her mother in Williamstown, Massachusetts, the Williamstown Theatre Festival, and I believe on a couple of occasions I was asked to look after her for an hour or two,” Sutherland explained. He added that when Paltrow began to break into acting herself he couldn’t believe it was the young girl he used to babysit. “I think it was very funny because it’s unbelievable how fast someone goes from 13 to 18, and obviously they look so different that when Gwyneth started to work, I thought, ‘Well, that must be another girl because I always remember her as being 11 or 12 years old.’ ” 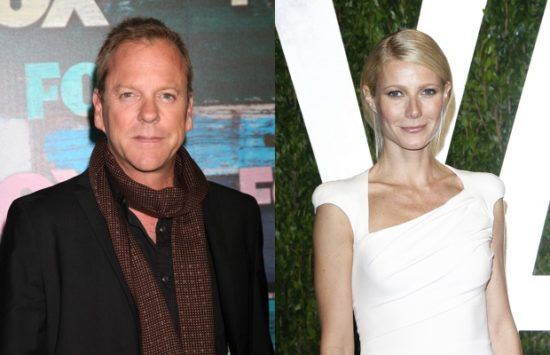