8 Celebs Who Made Big Money Selling Their Baby Photos 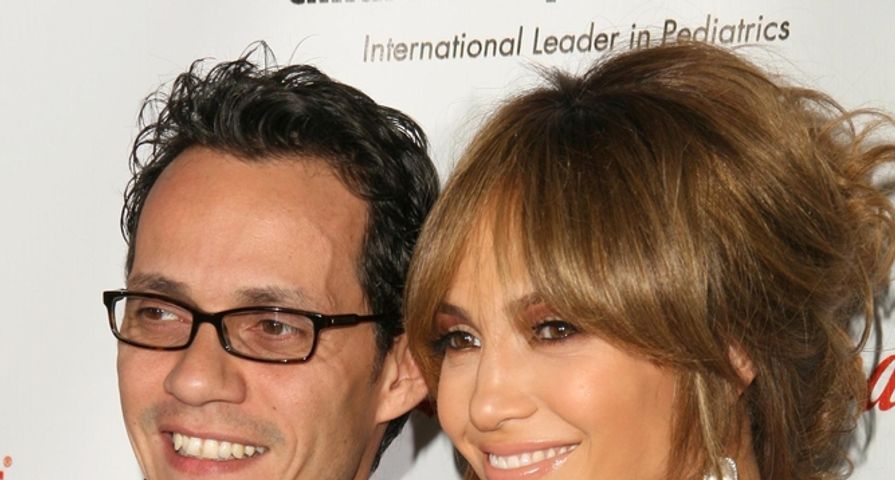 Nowadays most celebrity parents take to Instagram to introduce their brand new babies (we’re lookin’ at you Beyoncé and your post’s 10+ million likes), but there are still famous moms and dads who are willing to hand over a few shots of their newborn in exchange for a whopping pay day. Check out these celebrity parents who have made money selling pics of their babies. Be sure to note that the paychecks get larger as you move through the list and will end up with a couple who has sold photos of their children multiple times, totalling MORE than $23.6 million!

When former The Simple Life star Nicole Richie and Good Charlotte lead singer Joel Madden welcomed their first child into the world, a tiny baby girl, People Magazine was willing to pay BIG to give fans the first peek at little Harlow Winter Kate Madden. Just how big are we talking? $1 million. Debuting the bébé to the public on the cover of People’s February 2008 issue, the inside pics featured a handful of shots of the family hanging out in a picturesque garden, all looking wildly adorable while enjoying life as a new trio. Nicole and Joel went on to have a second child, this time a son named Sparrow James Midnight Madden, and this time they didn’t make any major money by selling pics of their baby boy.

The former Zoey 101 star, who’s also famous for being the younger sister of pop princess Britney Spears, Jamie Lynn Spears was just 16-years-old when she first announced her pregnancy during an interview with OK! magazine in 2007. Expecting a child with her boyfriend of two years, Casey Aldridge, Jamie Lynn agreed to a photoshoot with the same publication for a stunning $1 million. Maddie Briann Aldridge made her big debut in OK! magazine in July of 2008, where her proud mama also talked about life with her little bundle of joy, saying, “She is very good. She’ll feed every two or three hours. When she wakes up in the middle of the night, I’ll feed her and she goes right back to sleep. There’s no screaming and crying. We get up in the morning, and she gets her little bath. Then I get my bath. We have a routine, and I love routines. I’ve worked one out with her, and we’re happy going about our little life.”

Jessica Alba and Cash Warren met while filming Fantastic Four. By May of 2008 the two were happily married and just a month later they welcomed Honor Marie Warren into the world. OK! magazine jumped onto the scene (just like they did with Jamie Lynn Spears and little baby Maddie), but topped their offer to Britney Spears’ little sister by half a million dollars. That’s right, Jessica Alba and Cash Warren took home $1.5 million for the photoshoot of little Honor which appeared in a July 2008 issue of the magazine. Now the parents to another daughter, Haven Garner Warren, who was born in 2011, the proud mommy and daddy recently announced that baby number three is on the way with a super sweet balloon filled Instagram pic.

In February of 2008, then 27 year old pop star Christina Aguilera appeared on the cover of People magazine with her first born son Max and was paid a massive $1.5 million for the exclusive. Married at the time to music marketing executive Jordan Bratman, who she tied the knot with in February 2005, both parents posed to give the public a look at their little one in a full “photo album” that included an interview in which the new mother said of her baby boy, “He’s completely changed my life.” While Christina and Jordan’s marriage didn’t last (the pair split in 2011), the singer is now married to Matthew Rutler who’s the father of her second child, a daughter named Summer Rain Rutler. Though the second time around, like most of the parents on this list, baby number two’s intro to fans was much less dramatic (and pricey), coming via tweet where the loving mama said fondly, “Watch out…another one’s getting ready to conquer the world! #driven #diva2.”

Little Dannielynn Birkhead, the daughter of Anna Nicole Smith, came into the world surrounded by drama as there was confusion and secrecy around her father’s true identity. When she was born, the baby’s birth certificate stated that her mother’s partner at the time, Howard K. Stern, was the child’s biological father. However, a highly publicized paternity suit proved that Larry Birkhead, Anna Nicole’s former partner, was in fact Dannielynn’s father. The situation only became sadder when Anna Nicole Smith passed away soon after her daughter’s birth. But Larry stepped in to raise his child, surely with the help of the $2 million that OK! magazine paid for the debut pics of himself with his adorable daughter.

When actor Matthew McConaughey and Brazilian model Camila Alves welcomed the first of their three children into the world (they now also have a second son as well as a daughter) the celeb loving publication paid a jaw dropping $3 million for pics of the little one. Levi Alves McConaughey was introduced to the couple’s fans via a cover from August 2008 that showed the adoring new mommy holding her little one while looking down at him fondly, while the proud papa embraces both of his loves. “Everybody thinks he looks like me because of the hair and skin tone,” Camila revealed in the accompanying interview, continuing with, “I think he looks more like Matthew every day.” Matthew added, “I’ve pulled out some baby pictures of myself, and the resemblance is amazing.”

Superstar singers and formerly married couple Jennifer Lopez and Marc Anthony upped the ante in 2008 when Lopez gave birth two twins, son Maximilian David and daughter Emme Maribel, in Long Island, New York, on February 22. Paying for not one, but two famous babies meant People owed double the amount that Matthew McConaughey and Camila Alves received for pics of baby Levi. Your math skills are totally sound as Jennifer Lopez and Marc Anthony nabbed an eyebrow raising $6 million to appear along with their kiddos in the March 2008 issue of the magazine. At the time, it set a record for the most expensive celebrity picture ever taken. But that record certainly wouldn’t last!

Brad Pitt and Angelina Jolie are undeniably the TOP experts in the biz when it comes to selling pics of their little ones for big bucks. And thanks to having six little ones, they’ve had plenty of opportunities to rake in the money. Let’s start with the couple first birth child, Shiloh Nouvel, who was born in Swakopmund, Namibia, on May 27, 2006. People magazine reportedly paid $4.1 million for the first pics of baby Shiloh, but that was merely for North American rights. Hello! magazine shelled out their own $3.5 million for the British rights to the pictures. When the family welcomed Pax Thien via adoption from an orphanage in Ho Chi Minh City, Vietnam, on March 15, 2007, People again wanted rights to pics of the family’s new addition and paid $2 million. Hello! also apparently bought the rights to Pax’s post adoption pictures for an undisclosed amount that we can only assume was also somewhere in the millions. Now, get ready for the mind-boggling final amount that Brad Pitt and Angelina Jolie were paid for the first pics of their twins, Knox Leon and Vivienne Marcheline Jolie-Pitt. Side-stepping a bidding war that surely would’ve gone through the roof money-wise, People and Hello! magazines joined together to offer Angelina and Brad $14 million. So, that leaves us at an unreal total of MORE than $23.6 million. However, what’s important to note with these parents is that they’ve donated most (if not all) of the money they received for pictures of their children to worthy causes that help less fortunate children around the world.