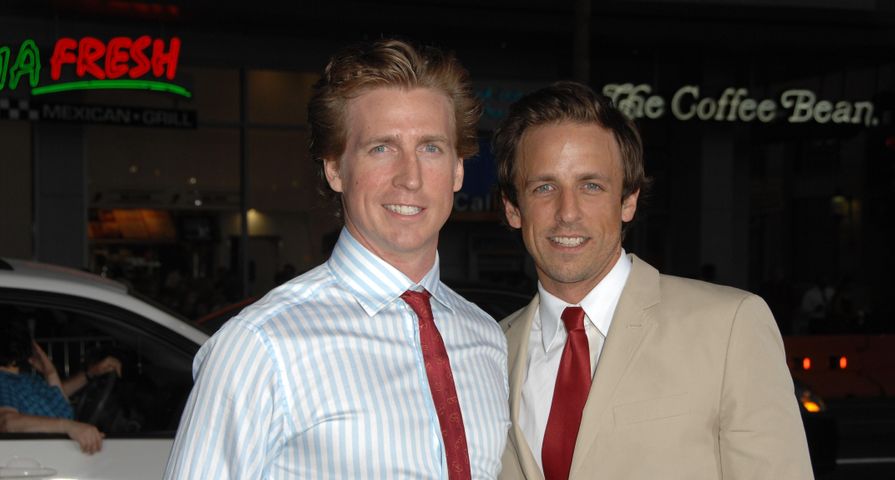 Sometimes fame just runs in the family! Where is one famous sibling, often times there is another. While many of us are aware of some of the really famous Hollywood siblings like Chris and Liam Hemsworth, there are other famous celebrity siblings that we are less acquainted with. We have rounded up a list of 13 celebrities who have siblings who are also famous but are not as well known.

Chris Evans has a younger brother Scott who is starting to make his mark in the entertainment industry. He had a recurring role on the soap opera One Life to Live from 2008 to 2010 and also appeared on the soap opera Guiding Light in 2008. He’s also had small roles in White Collar and Gracie and Frankie.

Warren Beatty is arguably one of the most famous men in Hollywood and his older sister, Shirley MacLaine, is pretty famous too. She got her start in the acting business before her brother and she was really successful; before she turned 30, she had already been nominated for three Oscars! It wasn’t until Beatty’s role in 1967 film Bonnie and Clyde that his career was officially launched and then her career began to slip. Still, they are both Hollywood legends now!

Luke and Owen Wilson have an older brother, Andrew, who is also in the entertainment business. He appeared alongside his brothers in the Wes Anderson movies Bottle Rocket and The Royal Tenenbaums, and he also appeared alongside Owen in Zoolander and alongside Luke in the Charlie Angels’ movies. He’s also a director. He directed The Wendell Baker Story.

Cuba Gooding Jr. isn’t the only actor in his family. He has a younger brother Omar who is also active in the business and has been since the ‘90s. He’s had roles in television shows including Smart Guy, One on One, Barbershop, Miami Medical and Family Time. According to Omar, he got his start in the business when Cuba’s agent met him. He thought he had the right look and asked him if he had ever thought about acting. Initially, his mother was against the idea, but after a few months, she let him go to some auditions. It took him two years to land his first regular role.

Cara Delevingne’s older sister Poppy is both a model and actress. She’s modeled for Shiatzy Chen, Laura Ashley, Anya Hindmarch, Alberta Ferretti and Burberry, and has appeared in the television series The Royals and Genius and has roles in the movies King Arthur: Legend of the Sword and Kingsman: The Golden Circle.

Giovanni Ribisi has a twin sister Marissa who, like him, has had a successful acting career. She played the love interest for Matthew McConaughey’s character in Dazed and Confused and also had roles in The Brady Bunch Movie, Pleasantville, and Don’s Plum. She also appeared in some successful television shows including Felicity, Friends, Grace Under Fire, and Watching Ellie, and is married to ‘90s singer Beck!

Source: Zimbio
Things You Didn't Know About The Irwin Family

Oliver Hudson might not be as famous as his older sister, but he’s still had some pretty high-profile roles. He’s been in a number of television shows including Dawson’s Creek, Rules of Engagement, Nashville and Scream Queens. He’s currently working on a new ABC sitcom Splitting Up Together, which is being produced by Ellen Degeneres.

Rob Lowe’s brother Chad Lowe became an actor during the ‘80s – just like his big brother! While he’s acted in movies, his real success has come in television. He’s had roles in the TV shows Spencer, Life Goes On (where he earned an Emmy Award), Melrose Place, 24 and Pretty Little Liars where he played Aria’s dad Byron Montgomery.

Seth Meyers has a younger brother who is equally as cute as he is and famous too. His brother, Josh, is best known for his role That ‘70s Show. He played Randy Pearson, a character who was introduced as a love interest for Donna in season eight after Eric moved to Africa. He’s also appeared on The Mindy Project and had a main cast role on Red Oaks.

Blake Lively isn’t the one person in her family who is an actor. Her older half-sister Robyn was in the movie Teen Witch, as well as a number of television shows including Doogie Howser, M.D., Twin Peaks, Savannah, and Saving Grace while her other half-sister Lori appeared in the shows Alfred Hitchcock Presents, ER, Two and a Half Men and The Mentalist. Her half-brother Jason is most famous for his role as Rusty Griswold in National Lampoon’s European Vacation and her brother Eric was part of the main cast of The L Word during season two; he played documentary filmmaker Mark Wayland.

Tia and Tamera Mowry were both teen idols during the ‘90s thanks to their roles on the sitcom Sister, Sister. Their younger brother Tahj also got his start in the ‘90s on Full House where he played Teddy, Michelle Tanner’s best friend. Then he was offered the lead role in Get Smart playing a child prodigy. He still continues to act. His latest role was in the show Baby Daddy.

Kate Moss is one of the most famous supermodels ever and her younger half-sister Lottie Moss is an up and coming model and designer. Lottie’s modeled for Chanel, Bulgari, Topshop Unique, and Dolce and Gabbana, and she has launched her own clothing line, Lottie Moss Collection. She’s not in her sister Kate’s league yet, but it’s only a matter of time!

Ralph Fiennes and his brother Joseph are both well-respected actors in the acting industry. While Ralph has had roles in critically acclaimed films like Schindler’s List, The English Patient and The Constant Gardener, Joseph was in the movie Shakespeare in Love alongside Gwyneth Paltrow and the television shows American Horror Story: Asylum and The Handmaid’s Tale.