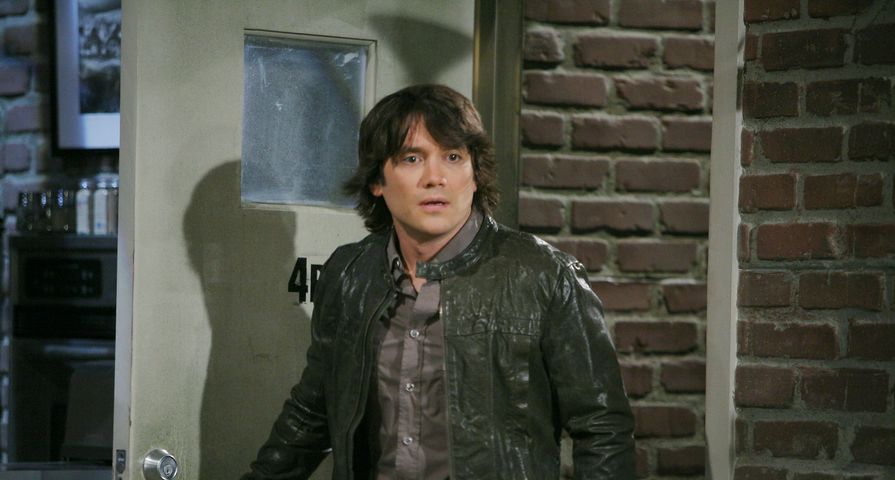 Soap operas are like rollercoasters as they move through storylines with new twists and turns around every bend. General Hospital (GH) is certainly no exception to this rule! Audiences have celebrated as their favorite characters go through the good, become sad when things go sour, and even feel devastated when storylines turn ugly. Below are the underwhelming moments on GH.

When the OG Jason returned to GH in the fall of 2017, fans welcomed actor Steve Burton back with open arms. So did the rest of Port Charles for that matter, and most knew without a shadow of doubt that “Patient 6” was actually “Stone Cold.” One person that took a while to accept Jason coming back was Sam. While viewers knew a reunion would take some time, it was underwhelming just how long McCall’s cold shoulder lasted. 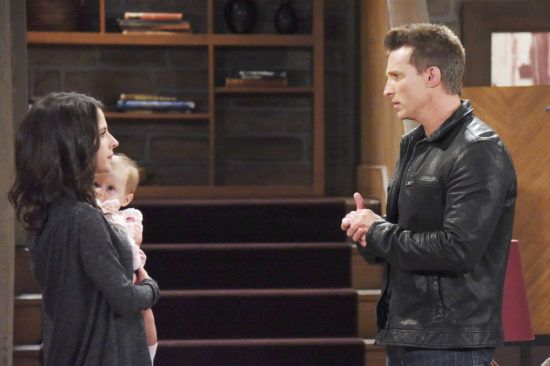 Elizabeth’s assault during her high school years was a very difficult storyline for GH fans to watch; however, actress Rebecca Herbst did an incredible job of not only portraying the sadness, humiliation, and devastation around what a victim goes through, but the healing process during the aftermath and the need for justice. 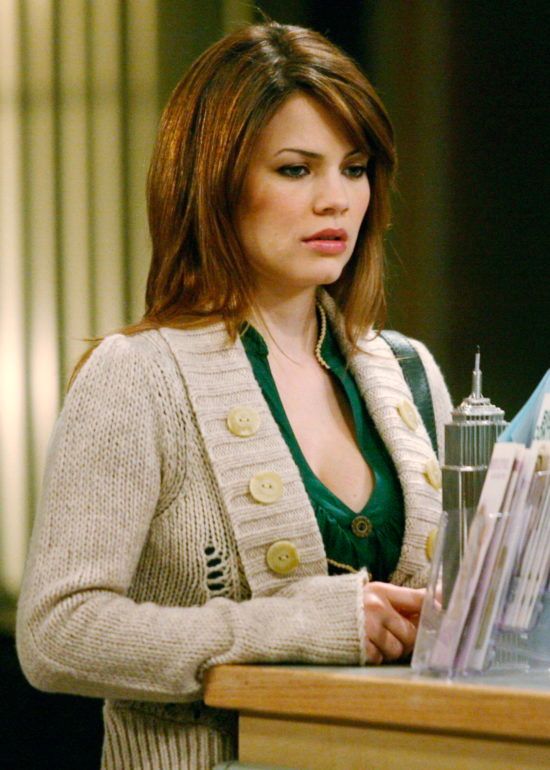 When Monica Quartermaine was diagnosed with breast cancer in the early 1990s, many GH fans wondered if the storyline was set up as a life sentence for the character. The arc proved to offer plenty of ups and downs for Monica, emotional moments, and some beautiful scenes around her strength and perseverance. While a letdown at first, the storyline was able to provide insight around the condition and spread awareness when it came to screening and mammograms. 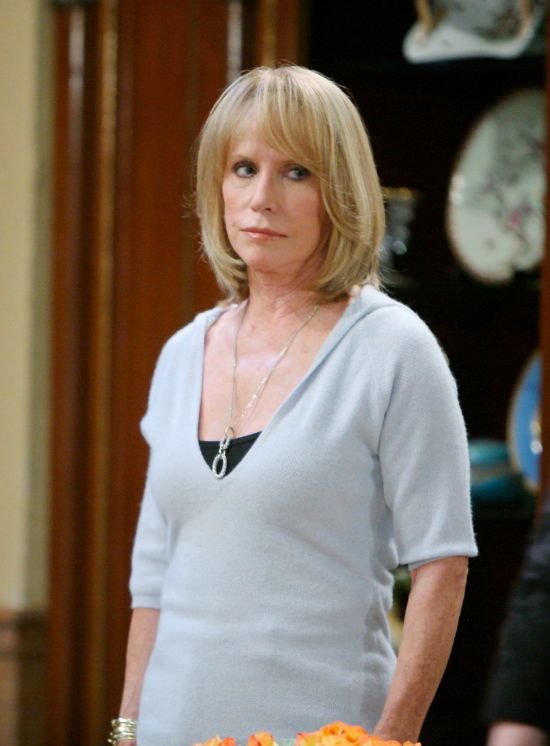 Many GH fans were saddened to hear about Tony Geary departing from the popular soap in the summer of 2015. Luke Spencer had become a name that was synonymous with the daytime drama and his love affair with Laura Webber revolutionized what a soap opera super couple meant. When he left, there were some amazing ‘goodbye’ scenes between him and bestie Sonny Corinthos and his daughter Lulu. But no real goodbye between him and Laura. Many fans were devastated by the fact that there was no official scene between the two and felt Luke’s departure from Port Charles was anticlimactic. Luke and Laura weren’t ‘together’ when he left the show, but still some sort of goodbye between the couple would have completed Tony’s stint on a show he (and Genie Francis) helped put on the map. 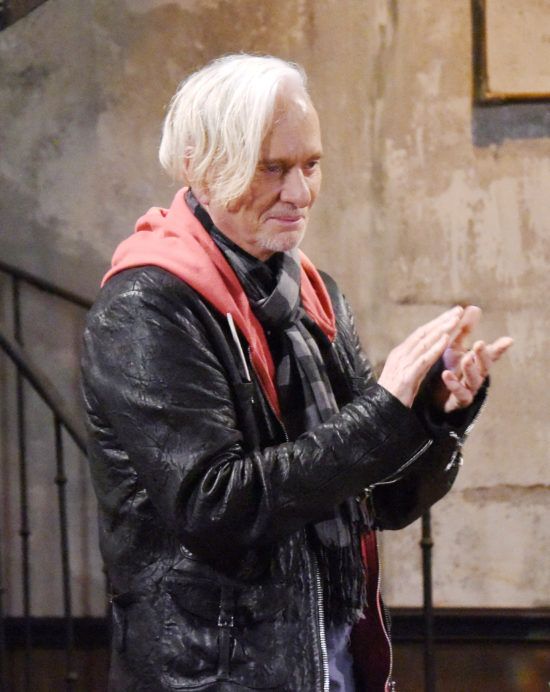 Morgan had fought terribly in 2015 and 2016 to overcome his bipolar issue. Not only did he seek medical attention, he seemed on the right track, taking his medication and visiting his doctor regularly. A little switch up of his required prescribed drugs, thanks to a conniving Ava Jerome, and everything went down the drain. When Morgan went on a driving rampage this past fall, only to have the car blow up after Jason was able to stop him and convince him to get out was underwhelming, to say the least. The look on Jason’s face as the explosion hit was a sad sight to see. The aftermath of Morgan’s passing when it comes to family and friends still remains and the only silver lining would be to find out who placed a bomb in Julian’s car that caused the explosion in the first place or have Ava discovered for her role in the entire ordeal. 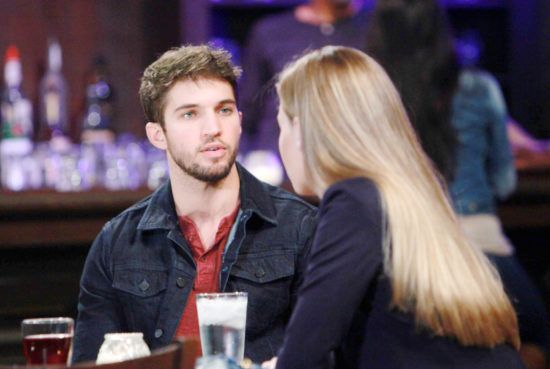 7. Jason Tells Sam That Her Baby Girl Had Passed

When Sam McCall first burst onto the GH scene, it was Sonny who caught her eye before Jason. The two engaged in a quick affair and Sam was left expecting with his child. Hero Jason stepped in and claimed paternity over the baby to save Sonny and Carly’s marriage and family. Alas, during an argument with her mom Alexis in November of 2004, Sam collapsed and woke up to the realization that her baby girl had passed. Lying in a hospital bed, Jason was the one who had to break the news to a screaming Sam who was in absolute denial. Not a dry eye in a GH fans’ house the day when Jason had to tell Sam that she lost the baby she was so looking forward to raising with him. 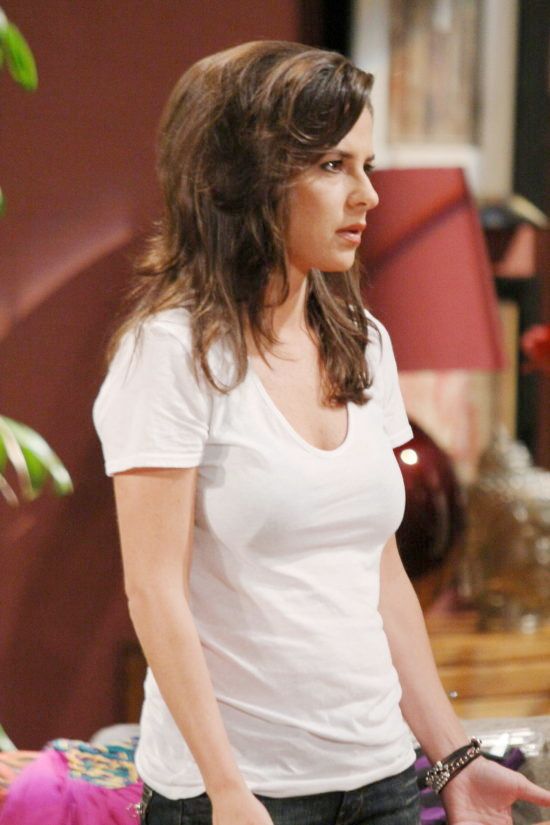 Ask any longtime GH fan about the saddest GH moment and they will undoubtedly turn the clocks back to 1994. Little BJ was the offspring of Tony Jones and was later adopted by Bobbie Spencer when they were married. She was sweet, funny, feisty, and had a lot of passion in her. Sadly, the bus accident storyline that left BJ on life support rocked Port Charles and GH audiences. No one wants to see a child sick, injured or hurt for that matter. It’s every parents’ worse nightmare, and as if losing BJ wasn’t enough, the fact that her heart was used to save Maxie Jones made it even more heartbreaking.

5. Robin Was Diagnosed With HIV

Robin Scorpio is undeniably an iconic character on GH. At the age of seven, she was introduced to audiences in 1985 and unlike many child characters before her, she has the bragging rights of never falling victim to soap opera rapid aging syndrome (SORAS). That’s why watching her fall in love for the first time in 1993 with Michael ‘Stone’ Cates was such a beautiful sight. Unfortunately, after they made love for the first time in 1995, Stone found out he had HIV/AIDs. It wasn’t long before Robin was diagnosed with HIV as well. At the time, the diagnosis hit GH fans hard and it felt like a life sentence for the character. How could she move on with her life? Would she ever fall in love again? Get married? Have children? The good news is the storyline shed a huge spotlight on the illness and raised awareness about the disease. The even better news is that Robin has been able to not only survive with HIV, but also live a wonderful and beautiful life. 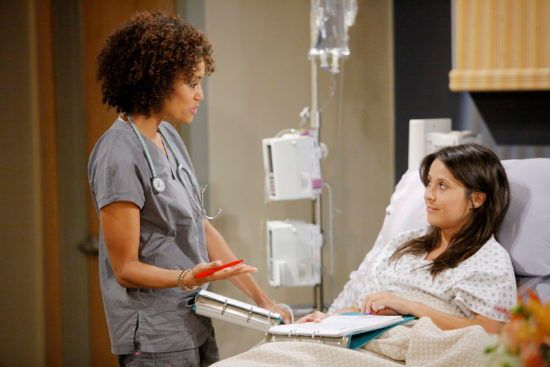 Anna Devane and Duke Lavery had a special romance that many GH audiences were drawn to. They had love, history, and that magical spark that many couples lack today on daytime dramas. Not only was Duke’s passing in 2015 disappointing because it meant the end of a very popular character, the fact that Duke had finally rid himself of the mob after all these years to escape with his soul mate and live happily ever after was simply devastating. Duke was shot by Carlos Rivera and the orders were given by Julian Jerome – both slimy little mob puppets. Anna wept, GH fans sobbed, and Port Charles simply has never been the same since. 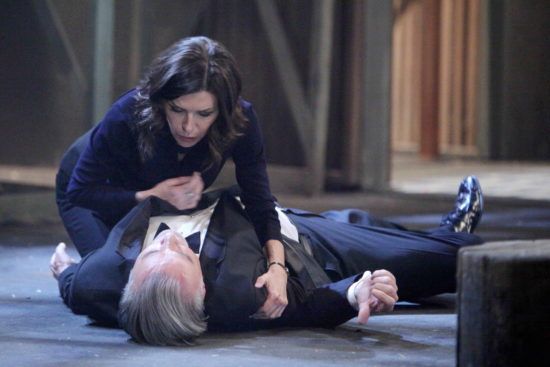 When Dante Falconeri was first introduced to GH in 2009, he entered the world of Port Charles as an uncover cop, looking to bring down the Corinthos organization. While Sonny grew to love “Dominic,” when he found out he was a cop, he lost his marbles. What he also didn’t know at that point in time was that Dominic also happened to be a son he conceived with high school flame, Olivia Falconeri, that he didn’t know about. On January 29th in 2010, Sonny proceeded to shoot Dante, catching him off guard as he entered his mansion. Moments later, Olivia flew into the Corinthos household screaming (at an eerily high pitch), “Sonny, you’ve just shot your own son!” Underwhelming, sad, creepy, morbid, Greek-like, tragic and horrifying are all words that could describe this moment. 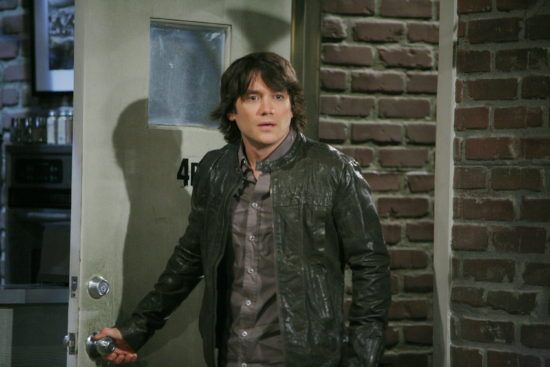 2. Laura Briefly Comes Out Of Catatonia

Fans are sure to remember the storyline that found Laura in a catatonic state, unable to move, speak, or recognize her children, friends, and family. The situation was probably the hardest on her daughter Lulu. Falling into this state after realizing she had axed someone during her teen years, Laura was catatonic for four long years. There was a glimmer of hope in 2006 when she emerged from this state for a very short time, only to fall back into it and remain emotionless for two more years. This was so underwhelming for many fans, on so many levels, as audiences missed the mentally-stable Laura Spencer as much as her Port Charles family did. 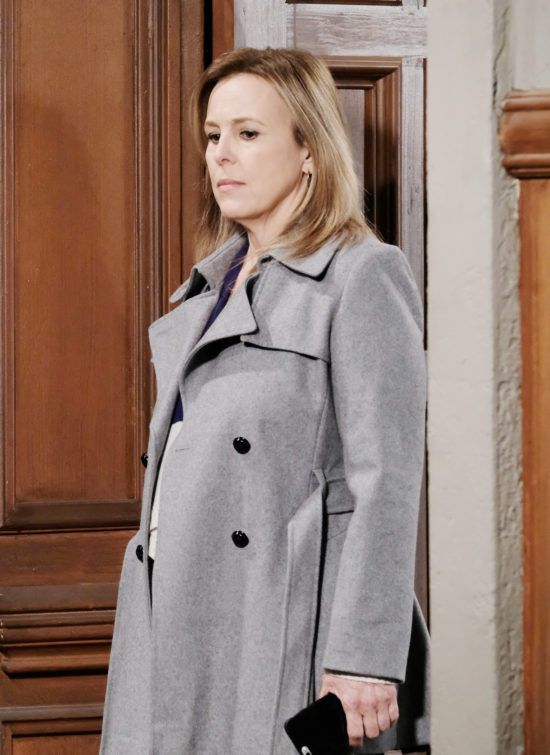 When Jerry Jacks returned to GH in 2007, he entered the show with a bang. Not only did he blow up the Metro Court, but he also kept several characters hostage, and taunted them. His main target was Carly, but he also shot at Robin to prove how serious he was and refused to help her get treatment. Emily and Carly were forced to perform surgery on Robin, with Patrick giving instructions over the phone. Jerry even viciously allowed beloved character Alan Quartermaine to suffer from multiple heart attacks without any chance to seek medical attention. Alan ended up passing away at the hospital after the ordeal was over, and Jerry Jacks escaped the entire situation without any repercussions. 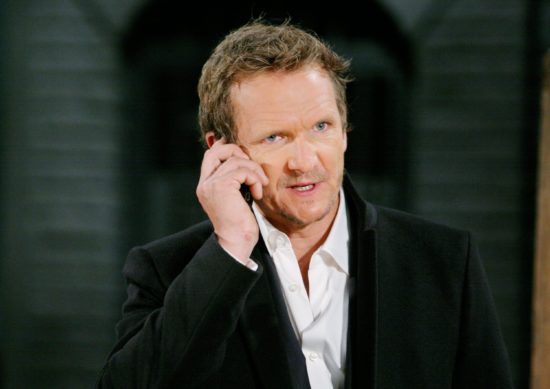