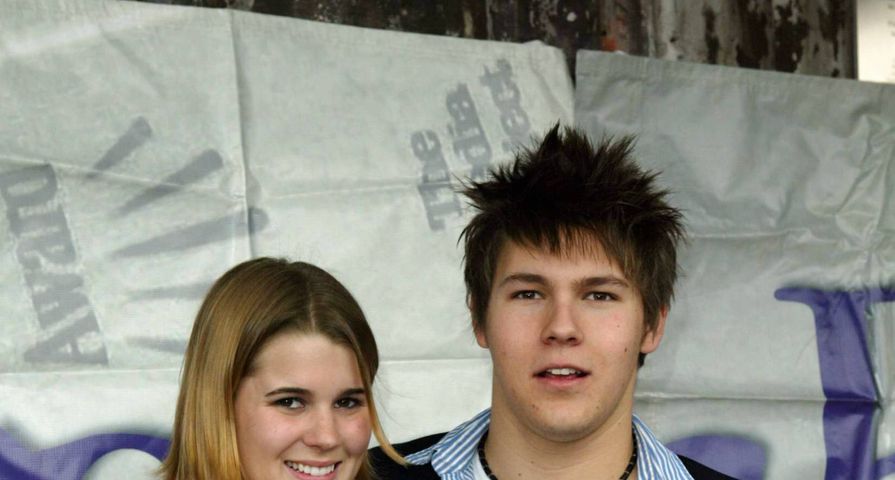 On the air for over 50 years now, there are many couples who have graced the land of General Hospital (GH) during its tenure. Some break up only to get back together later on, while others have a more final ending. Every long-time fan has their favorite duos on the show, but there are also many we’ve forgotten about! Here’s a list of some of GH’s forgotten couples.

Between her friendship with Jason, plus love affairs with Sonny and Jax, who would think that Carly would even have time for another man in her life? Truth is, in the early 2000s, Carly would have a relationship with Lorenzo Alcazar, Sonny’s nemesis, and the two were even married at one point in time.

Chloe was a character that appeared on GH between the years of 1999 to 2001 and was related to Lila Quartermaine. She was beautiful, smart, and also a world-famous fashion designer, so she fit right in with the Quartermaine clan and the glitzy high-society types in Port Charles. Of course, she caught the eye of Jasper Jax when she first hit town, and the couple enjoyed a fun and romantic relationship. Having said that, the relationship did eventually end, and both turned to other people in the little town.

Courtney Matthews was the kind and sweet half-sister to Sonny Corinthos and is best known for her relationships with Jason, Jax, and Nicholas Cassadine during her GH tenure; however, it was AJ Quartermaine who first approached Courtney when she came to town and the two had a highly dramatic relationship together. Courtney genuinely loved AJ, but Quartermaine was just using her to get back at Sonny.

Speaking of Sonny, it’s hard to believe these two were once a thing, especially considering how tight Sonny and Jason are, but they did come together in the early-to-mid 2000s. In fact, Sam was pregnant with Sonny’s child, and Jason stepped in to take care of her so that Sonny could reunite with Carly. In a lot of ways, if it weren’t for Sonny’s relationship with Sam, “JaSam” would never be a “thing.”

Before Jason Morgan was known as the “Stone Cold” of Port Charles, he was a clean-cut teenager on the cusp of adulthood as a Quartermaine. Regardless of his last name, Keesha Ward was Jason’ first love, and the two enjoyed a very sweet relationship in the 1990s. It was cut short though, after the infamous accident that saw a shift in Jason’s personality, and he would have very little memory or feelings for Ward after that. Jason would turn to Sonny and a life with the mob, while Keesha ended up turning to his brother A.J.

While these two were initially BFFs, in the late ‘80s friendship turned to love and the duo became romantically involved and made a great pairing! Bobbie and Tony had a tremendous amount of chemistry with an incredible love story behind them. They eventually got married, Bobbie adopted Tony’s daughter B.J., and they later also adopted Lucas Jones together. Sadly, affairs and lies ruined this relationship and these two parted ways once the ‘90s hit.

The perfect recipe for love on a soap opera is to have the good girl in town hook up with the bad boy, and this concoction definitely seemed to work for Karen and Jagger. In the 1990s, Karen was in love with Jagger, but a scheming Brenda Barrett wanted him all to herself. Eventually, true love won out in the end and Karen and Jagger enjoyed a wonderful relationship filled with steamy love scenes and tender moments alike.

Mary Beth Evans and Stephen Nichols have shared an incredible onscreen romance playing epic super couple Patch and Kayla on Days of Our Lives. The two actors have undeniable chemistry and were able to rekindle that magic at one point on GH when they both landed on the show in the 1990s. Both Katherine and Stefan were characters that walked that fine line of good and evil, but shared an interesting and chemistry-filled romance. Unfortunately, the union was cut short in 1999 when Helena killed Katherine and framed Stefan for the murder.

There is nothing quite like young love and this teenaged couple rocked it. Georgie was a sweet and smart teen, who constantly lived in her sister’s shadow, but then rich and handsome Dillon Quartermaine came along, and despite the fact that she was infatuated with Lucas Jones at the time, these two fell in love (after some bumps along the way). They were so smitten, that they actually got hitched at one point as well. Sadly, Georgie and Dillon may have simply been too young for the intense relationship they shared and eventually broke up.

In 1991, Dominique Stanton rolled onto the GH scene, when a handsome Mac Scorpio accidentally wandered onto her and her husband’s estate. Dominque was deaf, but had a heart of gold, while her hubby was a manipulative schemer. Scorpio won her heart over and Dominique left her husband. She headed to Port Charles to find Mac … but crazy Leopold followed her. The good news was, after some ups and downs, her husband was killed and Dominique’s hearing was restored. While Mac and Dominique did come together at that point, their happily ever after was short-lived. Dominique would move on to Scotty Baldwin.

Before he became the GH Serial Killer and all-around scumbag, Paul Hornsby was a pretty decent and loving human being. Back in the 1990s, there was a weird love triangle (well, more like a square) going on at the Quartermaine residence. Paul was in love with Jenny, Jenny loved Paul, but Tracy also loved Paul and did everything she could to keep him as her husband. The other oddity around the situation was that Jenny ended up marrying Ned Ashton, Tracy’s son, and the foursome lived in the Quartermaine mansion during all this drama. Paul did end up dumping Tracy and turning to heroine Jenny and the two got married. What GH fans didn’t know back then was that Paul would end up being such a jerk on the show decades later.

This handsome superspy has been one half of many super couples in the past. He’s had epic romances with Cheryl Stansbury, Anna Devane, and of course, Holly Sutton. However, there was a time in the 1980s when Robert was quite smitten with Katherine Delafield. The two clashed initially, but Robert would soon soften to the stubborn, beautiful blonde pianist. They did break up, and Delafield left Port Charles in the early ‘90s … and not much has been mentioned of her since.