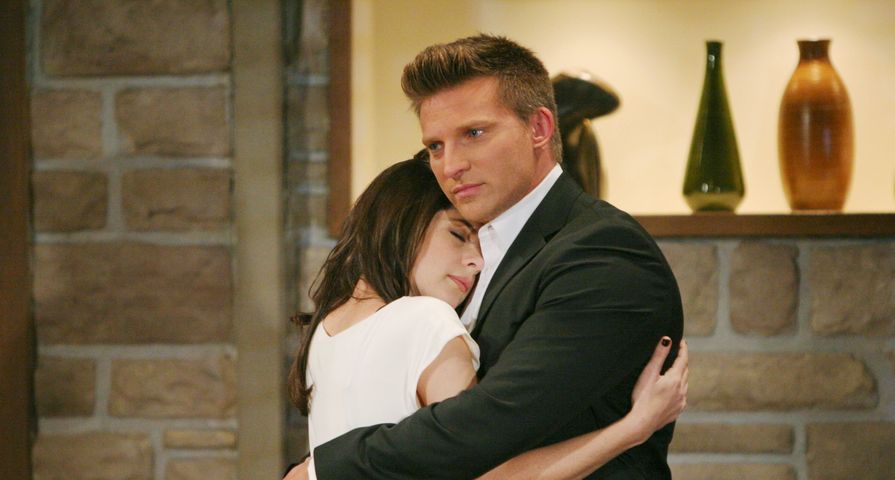 Premiering on April 1, 1963, General Hospital (GH) is the longest-running American daytime soap opera still in production. In the 50 plus years that it has been on television, GH has provided viewers with endless entertainment and with stories that have been thought-provoking, humorous, and heart-wrenching. Above all else, GH has also had its fair share of love stories. As such, below are the all-time greatest GH couples.

It was such a shame in 2017 when Hayden Barnes left Port Charles abruptly and broke up with Hamilton Finn. The super couple was adored by many GH fans thanks to their chemistry, romantic adventures, and overall strong love for each other. Here’s hoping they can get back to where they once were now that Barnes is back.

Monica and Alan shared an incredible love story over the years, and just like any other couple on this list, they had their fair share of drama. There were affairs (and in Monica’s case, she kept it all in the family), illegitimate children, issues at work and with Alan’s family. Having said that, Monica still seems out of sorts in Port Charles without Alan by her side.

GH storylines once revolved around Steve and Audrey Hardy, as the good doctor was one of the characters to appear the very first episode that the show aired back in 1963. The couple shared trials and tribulations, but always managed to make things work. Sadly, Steve passed on in 1996 (when the legendary actor who played him, John Beradino, passed away). Audrey just was never the same after that.

Maxie Jones has had her fair share of heartbreak over the years, starting early on when she was given a second chance at life as a young girl thanks to a heart transplant from her dying cousin BJ. The death of her younger sister Georgie was also devastating and, while Maxi had searched for Mr. Right, she seemed to always go about it the wrong way. Viewers thought there may be light at the end of the tunnel when she fell in love with Damien Spinelli. They do share a child together, but it didn’t work out the way many had hoped. Then, Nathan West came along. The chemistry these two shared on-screen was incredible and, while they did have their ups and downs, they did manage to always work through their relationship woes.

Maxi’s mom Felicia has been a little luckier in love. Nothing screams love of your life like a man who is willing to raise your two daughters as you take off to further a relationship with their secret-spy father. Alas, Mac and Felicia have had a roller coaster ride when it comes to love over the years, which would always start off as fun until Felicia’s ex-husband (and father of her two girls) Frisco would step in to break up the party. Still, in 2013 after Felicia and Mac once again reunited, Frisco once again entered the picture to win back Felicia’s heart. While audiences expected her to run back into Frisco’s arms (as she always did), audiences were pleasantly surprised when she did not, ending the storyline off with a proposal to Mac and re-marrying him instead.

Their love story spans about three decades, and is the foundation of what GH super couples are made of. Good girl meets bad (yet incredibly sensitive) boy and they fall in love. Super-spy Anna, with her sweet and smart little daughter (a young Robin Scorpio) in tow, were kind of a package deal when they came across the mob-affiliated Duke Lavery. Both immediately fell in love with him; however, his ties with the mob have always managed to tear these two apart. Sadly, this would be the ultimate demise of the relationship in 2015, when Duke passed on, due to his involvement with the mob. He and Anna were on the cusp of saying, “goodbye” to Port Charles and the mob forever (together), until Carlos Rivera stepped in.

General Hospital’s 15 Most Disappointing Deaths Of All Time

While the actress who has played Carly Corinthos has changed (a handful of times) over the years, one thing has remained the same: her love for bad boy mobster Sonny. The two have shared numerous marriages, they have three children together, and have even had a few affairs while in relationships with others. At the end of the day, they are always there for each other and have a certain love and loyalty for one another that always prevails. Despite the many mistakes Sonny has made in the past – including shooting their son Michael, leaving him in a year-long coma – they always seem to re-connect in the end, and have an undeniable chemistry that continues to grow and evolve over the years despite any others that enter the picture.

12 General Hospital Storylines That Need To End in 2018

Sure, these two may not be together now, but there’s no denying what an incredible love story they shared. Relationship woes are nothing new for Lulu and Dante, and perhaps they can thank Luke and Laura for being such positive super couple role models. At the end of the day, the great thing about this couple, and what places them on this list, was their chemistry together, the frank, open and honest relationship they once shared. They had a perfect mix of friendship and romance.

This list would not be complete without the patriarch couple of the Quartermaine clan, Lila and Edward. Sweet, peacemaking Lila balanced out the grumpy and greedy Edward perfectly. Undeniably, the couple shared one of the most successful marriages within the entire Quartermaine family, and in a lot of ways, their marriage acted as a guiding force to keep the drama and fights between family members at a minimum. Lila passed away in her sleep in 2004, telling Edward how much she loved him before she went to bed, with Edward passing on in November 2012. Their love continues to hold the Quartermaine family together, and their legacy still lives on within current storylines in GH today.

A GH super couple in the ’80s, these two were unfortunately torn apart due to circumstance, and in the crazy world of soaps, many loyal fans may wish to see these two would reunite … someday. Holly and Robert fell in love on-screen as many soap couples do — wrapped in turmoil, as she tried to get over the death of her love, Luke Spencer (who also happened to be Robert’s BFF). The couple married to keep Holly in the U.S., as the pregnant Australian was going to be deported, but fell in love in the process. Things got really complicated for the two when his ex, Anna Devane, with little Robin returned. At the end of the day, they had tremendous chemistry and really should’ve ended up together, but things didn’t work out.

A true love story where these two started off as friends that turned into “more,” Emily, Nikolas, Lucky Spencer, and Elizabeth Webber were besties as teenagers and known as the Four Musketeers. While each broke off into respective couples, the romantic relationship that grew between Emily and Nikolas was truly unique. Unfortunately, their love story was cut way too short as on November 14, 2007 when Diego Alcazar got to her. While Nikolas moved on, his love for Emily remained deep within his soul, with her ghost even visiting him in a 2014 GH episode, where he revealed that she was the “best thing that ever happened to him.”

As much as fate, circumstance, and other people have tried to keep these two apart, their love is far stronger than that. With over a decade of having to deal with gestation issues, affairs, baby mama drama, as well as a little mob action in the mix, a disappearance (on Jason’s part), and questions around who the real Jason Morgan truly was, it seems that after all these years, JaSam may finally get to live their happily ever after.

Is anyone surprised they topped the list? So, they were initially off to a shaky start thanks to how their relationship began; however, as Luke’s character grew and evolved from zero to hero, so did their love. Defining the term super couple for their generation, Luke and Laura’s wedding turned out to be an hour-long extravaganza on November 18, 1980, where 30 million viewers tuned into to watch these two say “I do.” That episode still holds the record as the highest-rated show in U.S. soap opera history. While they are not together currently, their legacy of love lives on within the memory of all long-time GH fans.