Home » Entertainment » TV » General Hospital Couples We Want Back Together 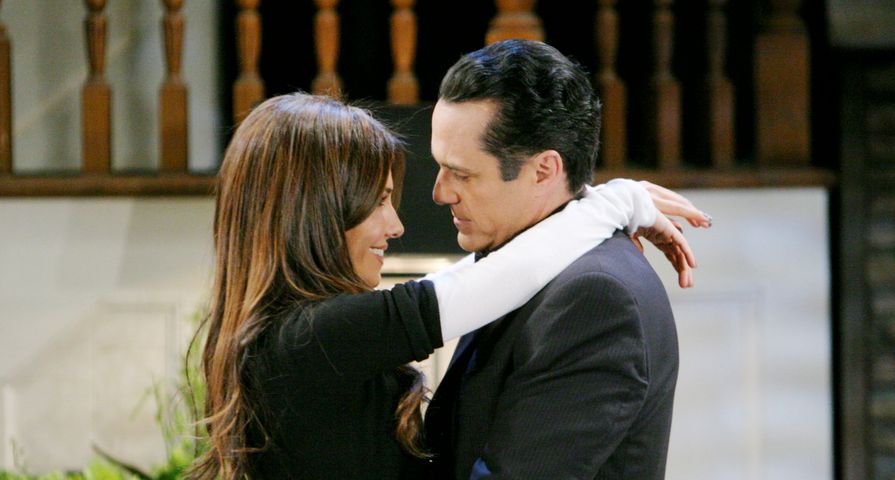 When it comes to General Hospital (GH), fans know to expect incredible drama, fascinating storylines, and romantic love stories. Couples in Port Charles fall in love, break up, and sometimes, if the audience is lucky enough, make up, and give their love a second try. There have been many super couples to grace the GH small screen over the years, and here is a top list of some that have broken up, but that fans would love to see re-kindle their romance.

Hayden made a huge return to Port Charles in 2019, only to exit quite quickly some months later. This move had many fans scratching their heads. While Finn finally learned he had a daughter, and there were plenty of sparks flying between him and Hayden while she was around, nothing actually happened between the two. Hayden is bound to come back to the little town at some point, especially now that Nikolas has revealed he is in fact alive and there is no danger for her. When she does, should fans gear up for the super couple reunion they’ve been waiting for?

These two really are the best of friends, but it is so very obvious that Robert still has feelings for his ex-wife (and the mother of his child). If Finn were to reunite with Hayden, this could open up a huge door for Robert and Anna to come together, and there would be many longtime GH fans who would welcome this storyline.

No matter how far apart their worlds get, something always seems to push Alexis into Julian’s orbit. Once dubbed “Julexis” by GH fans, the two certainly did make an amazing super couple. Sadly, lies and his mob ties tore the relationship apart; however, now that he has (somewhat) cleaned up his act, could this twosome stand a solid chance if they decided to reunite?

Lulu has placed such a good effort to move forward with her life after Dante filed for a divorce. While she puts herself out there with Dustin, many fans can agree that seeing Lulu with anyone else in Port Charles still doesn’t feel right. Dante’s name continues to get dropped a lot during scenes, which seems like such a tease, as most viewers would love nothing more than to see Falconeri return to GH and get back together with Lulu.

If Dante can’t return, could GH writers just bring back Johnny Zacchara already? While he and Lulu were a lot younger when they hooked up, Johnny’s bad-boy character was the perfect match to Lulu’s smart and sassy good-girl role. If Johnny ever returned to the land of Port Charles (on a permanent basis), he would head straight to Lulu to re-kindle things.

Most GH fans agree that the way Peter has been lying to Maxie is just not right, on any level. She deserves so much better! While she has a great co-parenting relationship and friendship with her ex, Spinelli, seeing them onscreen recently stirred up some reunion feelings for fans. Maybe figuring out the truth about Peter will have Maxie running back to Damien!

Kevin and Laura have been able to move from the whole Ryan Chamberlain debacle, and seem to be headed on the right track. They do make a great couple; however, most longtime GH fans still fondly remember a time when he and Lucy Coe made the perfect pair. Sure, he’s happily married, but how long does that last in the land of soaps? Lucy and Kevin could easily get back together, someday. That is, if he and Laura don’t work out.

They are the super couple who made soap opera super couples a “thing!” While Luke no longer resides in Port Charles, if Tracy can make a return, why can’t he? If Luke were to make a GH comeback, there’s nothing more any fan would want to see, then he and Laura getting back together. It would be the perfect next chapter to their storybook romance.

Digging deep into the GH vault, Robert Scorpio and Holly Sutton were an ’80s super couple who had a tremendous amount of passion together. While a weird circumstance brought them together (Robert married a pregnant Holly to keep her in the U.S.A.), amongst all the craziness, they also managed to fall in love. In the end, these lovebirds were torn apart when Robert’s baby momma (that is, Anna Devane) flew onto the scene with little Robin alongside her. Wanting to help the family reunite, Holly stepped back, and in typical soap opera fashion, a million things happened in between to keep them apart. While Robert can be seen in the land of Port Charles on the regular lately, Holly is off somewhere else; however, she could pop back into town to give GH fans what they really want — an incredible super couple reunion.

Sure, Elizabeth is currently with Franco; however, if Lucky made a splashing return, her eyes could very well wonder. Starting out as friends, and then turning that relationship into a whole lot more, Lucky and Elizabeth shared a wonderful life together. They got married, and as their love grew, so did their family. They have had their ups and downs, along with some extra-marital affairs in between, but they have always been able to put their children and family first, even when they did not see eye to eye. While Friz makes a solid couple, it doesn’t hold a candle to the romance Liz and Lucky shared.

Jax and Carly are just friends and co-parents at the moment, but back in the day, they made quite the super couple. In fact, in many ways, the relationship they once shared was a lot healthier than the one she has right now with mob boss, Sonny. While CarSon just welcomed their baby daughter into the world, the two still teeter when it comes to communication, and there are many GH fans out there that simply believe Jax and Carly make a better pairing.

If Carly reunited with Jax, could that make Sonny turn back to Brenda? These two have decades of romantic history together, and while they couldn’t make it work in the long run, the chemistry they shared is undeniable. Sure, CarSon has been able to last the long haul; however, much of that has to do with the fact that Brenda was out of the Port Charles picture. If she were to return, a reunion with Sonny would blow daytime television screens out of the water.