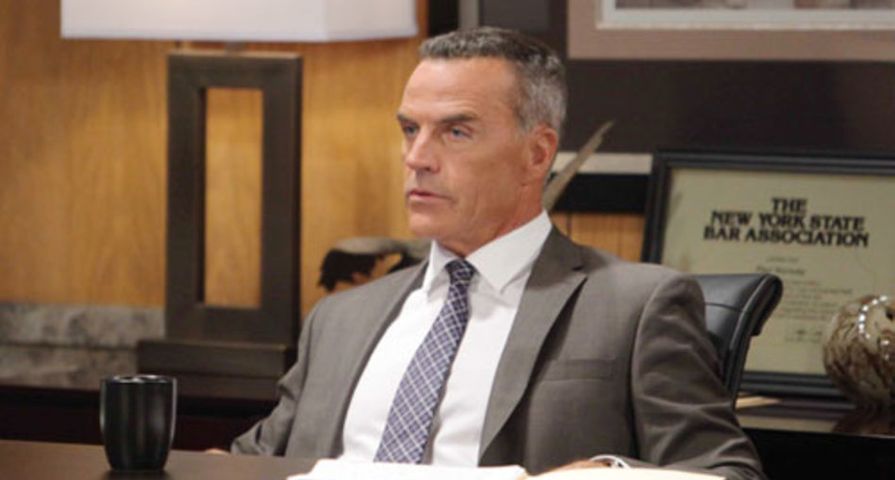 What would Port Charles be without a little scandal? This soap opera is known for creating some pretty incredible super couples, spy adventures, and mob action, but they are also known to create some shocking controversies now and again. When it comes to 2016, General Hospital (GH) had some pretty scandalous storylines. Affairs, paternity (and maternity) issues around children … and did we mention affairs? Below is an overview of the top 10 GH scandals that unfolded this year.

It’s interesting how much can change in mere months. At the beginning of the year, Dante and Lulu were torn apart by his affair with her cousin Valerie. While things are okay between everyone now, that wasn’t the case in 2016. In fact, Lulu was looking for revenge in January. With the help of shady Johnny Zacchara, the duo was able to kidnap Valerie and hold her hostage in a cabin. She was tied up and almost died after the dwelling caught on fire. Valerie was thankfully found, and in Port Charles, no crime ever goes unpunished. While Johnny did take the blame for the incident, Lulu was involved. Thankfully, all parties have forgiven her for this act, and she and Dante have started putting the pieces back together in their marriage.

Now we all know that Jake had some mental health issues, who wouldn’t after all he has been through, but Jason oldest son was downright scary. After his parents split up, Jake began hating on Sam. He saw her as the reason for their break up and in many ways she did play a huge role in it. Alas the youngster started drawing pictures of a ‘dead’ Sam and then the ultimate happened: after a string of events, he watched Sam trip and fall into his basement and then ran away before he could let anyone know. Sam was left lying there for dead due to an accident on Jake’s part, and no one knew she needed help for days. While Jake did hate Sam for taking his dad away, the entire ordeal was an accident and the boy did end up showing remorse. Sam ended up getting help so all’s well that ends well.

This certainly has been a year for new characters to enter (and mix things up) on GH. Griffin has been one of those people who have entered the scene with ease, and is now a staple on the popular soap opera. Griffin came to Port Charles in early 2016 as an old friend of Dr. Lucas Jones. But the handsome doctor quickly dropped a bombshell on Anna Devane and GH fans — he was also Duke Lavery’s unknown son … and also happens to be a former priest. Griffin would move on to play his own role in another GH scandal, as he ended up being the man who Nathan shot after discovering he had an affair with his wife at the time, Claudette. It also seemed at one point that Griffin was little Charlotte’s bio dad, but as we all know now that ended up being a bust.

When it was revealed in 2015 that Jake Spencer was alive, it raised a lot of questions. For starters, whose kidney was it that saved Josslyn Jax? It’s clear that Helena was behind the entire situation, but the missing kidney donor scandal also brought another key GH player to Port Charles — Nelle Hayes. The entire Corinthos family was smitten with Nelle from the get-go,  but Jasper Jax was mysteriously trying to do everything he could to remove Nelle from the equation. While things haven’t unfolded far enough to where the audience knows who Nelle really is and what she is up to, the entire reveal of the identity of Josslyn’s donor was a huge scandal and the tip of an incredible storyline that had just started playing out.

6. Sonny Sleeps With Nelle (Not Really)

Speaking of being smitten, we all know Nelle is up to something and it seems that destroying Carly is on the top of her list. The entire Corinthos family has been reeling since the death of Morgan and Nelle has taken their weak hearts as an opportunity to easily unroll the plan she has set in motion (whatever that plan may be). When she saw a vulnerable Carly kiss her ex Jax, she ran at the opportunity to tell Sonny. She also quickly took advantage of that situation by drugging him and making him think they slept together. While only Jason knows that this has happened, things are going to get crazy when Carly finds out!

They are a full-fledged couple now (which is scandalous in itself), but back in the summer Nia and Valentin engaged in a one-night stand that shook Port Charles to its very core. Nia and Nathan were shocked after it happened and GH fans were left reeling. Nia had no idea he was Valentin (Cassadine) when he seduced her and when she found out, she felt duped and used. Fast forward to today, and she should feel even more manipulated. It seems that Valentin is using sweet little Charlotte to further dupe and use her. This should be a couple to watch come 2017.

Julexis fans everywhere mourned the aftermath of this scandal for weeks and many of us still are. Julian and Alexis were on their way to a successful 2016. Getting married in February of this year, Julian promised to leave his mob ways behind. Sadly, everything fell to the waistline around this once the summer hit. Where do you even start with this one? Julian re-enters the mob scene to help protect his sister, Carlos escapes jail, and Julian murders Carlos to save his own skin. The scenario took a sad turn when all of Julian’s lies eventually caught up with him, and he tried to kill Alexis as well. This all happened only five months after these two lovebirds got hitched. We’ve heard of relationships not working out in the land of soaps, but killing her only months after promising ‘til death do them part is a little much, right?

Everything was all sunshine and rainbows for GH super couple Maxie and Nathan, until Claudette burst onto the Port Charles scene. Not only did Nathan hide his past relationship with Claudette from Maxie, causing a wedge between the two, he also hid the fact that he had shot another man (which turned out to be Griffin). On top of everything else, Claudette worked hard at trying to play the victim to tear Nathan and Maxie apart once she did arrive in Port Charles, also using sweet Charlotte to try and sway Nathan away from his current love. Alas, Claudette did not ruin the two and thanks to a plot twist, she abruptly left town just as quickly as she arrived.

This GH storyline was not only scandalous and shocking, but also felt like a roller coaster ride for many fans. Shortly after Claudette burst onto the GH scene, her sweet little girl followed suit. It initially seemed as if Charlotte came to Port Charles to reunite with her father, Nathan – however, that would be way too cut-and-dry for GH, right? It was later revealed that Charlotte was actually the illegitimate child of Griffin Munro, making the girl Duke’s granddaughter, which caused Anna to gain a vested interest in the child. More recently though, to everyone’s shock, it was revealed that Charlotte is actually Valentin’s child and Lulu is her mom. Turns out Helena stole one of Lulu’s embryo’s and used Claudette as a surrogate. This plot twist was only recently revealed, which makes GH fans wonder if this is in fact the end of the line around this story … or if another twist is coming soon.

In the spring of 2016, GH was rocked by an emerging threat within the hospital that seemed to be killing staff and patients left, right, and center. The who dunnit storyline kept GH viewers on their toes, with an ever-constant speculation around who could be the one conducting these terrible murders. Alas, in the fall it turned out to be already-shady D.A. Paul Hornsby, who was apparently on a killing spree to satisfy his daughter Susan, who is currently living in a mental institution. Seems the apple doesn’t fall far from the tree, but scandalous nonetheless. Paul was always a bad guy and killing was up his alley, but randomly killing people was shocking to say the least. Bad news was, Port Chuckles lost their beloved Sabrina Santiago,but the good news is that Paul Hornsby is now gone for good … well, for now.