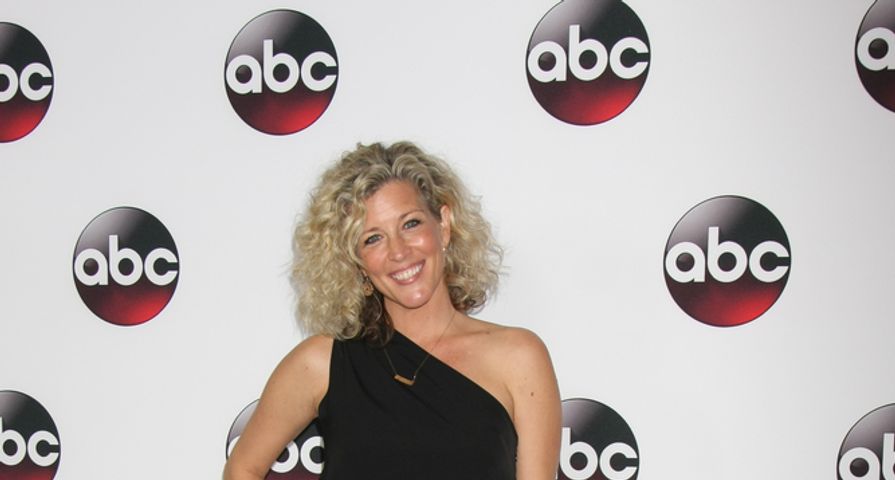 What would the land of Port Charles be without all of its leading ladies? Well, there would be no romance, no adventure, no mysteries solved and no fun. Some incredibly beautiful and talented actresses have graced the daytime screens on General Hospital (GH) since its debut over 50 years ago, and played an integral role in the soap operas popularity and success. Below is on overview of the top eleven best GH actresses the daytime drama has seen.

For almost 40 years now, Jacklyn Zeman has been a staple GH character in Port Charles playing Bobbie Spencer. The unique evolution of Spencer over the years has been an incredible watch. She’s been a master manipulator, a prostitute, a good wife, an amazing nurse and above all a supportive mother. While fans don’t get to see enough of Bobbie these days, the good news is Zeman still does show up at times and is quite active in some pivotal GH plots. Zeman has been nominated four times for a Daytime Emmy with three nods in the Outstanding Supporting Actress category and once in the Lead Actress division.

GH has a way of being able to spot pint-sized talent. After all, they turned Kimberly McCullough’s Robin Scorpio child character into a soap opera icon! Haley Pullos literally has grown up onscreen as Molly Lansing and then there is the adorable Nicolas Bechtel who plays smart and dashing Spencer Cassadine. Brooklyn is no exception when it comes to the talent/child actor rule on GH, playing the adorable Emma (offspring to Robin no less). Now at 10-years-old, she entered this role at the tender age of four and has been wowing GH fans since. Sure, Emma had left Port Charles earlier this year with parents Robin and Patrick, but the good news is that it seems GH fans will still get to see Emma now and again when she comes to visit her grandmother Anna. Silzer received her first Daytime Emmy nomination in 2016; however, was unable to snag the prize. This talented young actress has plenty of time.

Speaking of, Kimberly McCullough entered the role of Robin Scorpio in 1985 at the age of seven. Unlike almost every child character to enter the world of soaps, McCullough’s Robin character has never been affected by the ever-popular soap opera rapid aging syndrome (SORAS), and Robin grew steadily along Kimberly’s timeline and age. Over the 30 years that McCullough has played Robin, she has been nominated for a Younger Actress Daytime Emmy six times, and won the award twice, once in 1989 at 11 years old and again in 1996.

Julie Berman played Lulu Spencer on GH from 2005 to 2013 and fans watched the young, troublesome teen evolve into a remarkable young woman. From her obsession with Dillon Quartermaine to her love affair with Johnny Zacchara and then her established relationship and marriage to Dante, Lulu has certainly had her ups and downs over the years. While some fans adore the Marcy Rylan recast of Lulu, for some fans Berman will always be ’Lulu’ to them. Over her tenure as Lulu, Berman received four Daytime Emmy nominations and took the prize home in the Younger Actress category in 2009 and 2010.

Accomplished television, film and soap opera actress, Jane Elliot has enjoyed a wonderful acting career over the years. While GH fans known her as the smart-mouthed, sassy and sometimes manipulative Tracy Quartermaine, Elliot has also had roles on Days of Our Lives, Guiding Light, All My Children and even the prime-time soap Knots Landing. Over the years Jane has received four Daytime Emmy nominations in total and won a statue in 1981 under the Supporting Actress category for her role as Tracy.

Well looking at this list, it seems that acting talent runs in the on-screen family. Grandmother to Emma and momma to Robin, Anna Devane (played by Finola Hughes) hits this list at number six. Hughes entered the Port Charles scene in 1985 (along with little Robin in tow) and shocked audiences at that time, playing Robert Scorpio’s ex-wife and surprising him with his long-lost offspring in Robin. The Anna Devane character was so popular that after she left GH in 1995, she reprised the role on another soap opera in 1999, All My Children. Over her soap opera career, Hughes has been nominated five times for a Daytime Emmy, and has won the award once in 1991 under the Best Actress category. As such, it seems only fitting she should hit this list.

Often referred to as Carly #1, Brown actually originated the Carly Benson character in 1996. After five years in Port Charles, Brown would move on to other prime-time and other soap operas stints including As the World Turns, Days of Our Lives and Bold and the Beautiful. Interestingly enough, Brown would return to General Hospital in early 2008, playing alongside Sonny Corinthos once again, but this time she would be playing another wife by the name of Claudia Zacchara. The highly talented actress has received much acclaim for her work in the soap opera world, chalking up an incredible five Daytime Emmy nominations over the years and has won three of the statues, twice for Younger Actress in 1997 and 1998 and once for Outstanding Supporting Actress in 2000.

How can one-half of soap operas’ all-time greatest super couple Luke and Laura not make this list? Laura Spencer is not only an iconic soap opera character, Francis herself is also a veteran of daytime television. She’s not only played Laura on GH (on and off) for 40 years, she’s also been on other soap shows including Days of Our Lives, All My Children and Young and the Restless. Francis has been nominated for a Daytime Emmy three times, and won once in 2007 under the Supporting Actress category.

There have been a handful of actresses that have played Carly over the years, but none have quite lasted the long haul like Laura Wright has. Entering the role in 2005 and playing the infamous Carly Corinthos for over a decade now, she is actually the fourth actress to be placed in this role since the character originated in the mid-90s. Alas, it seems that Wright’s portrayal of Carly has hit the nail on the head, as the actresses has received two Daytime Emmys for this role, both in the category of Lead Actress.

The beautiful and talented Nancy Lee Grahn has been in the role of strong and brilliant Alexis Davis on GH now for over twenty years now. Playing a lawyer, Alexis has been able to get many a client out of some sticky legal jams over the years; however, as smart as she is, she still seems to have a weakness when it comes to men on the wrong side of the law. This however makes for some great daytime drama, and over her soap opera career Grahn has racked up six Daytime Emmys nominations, and has won two of these awards. One Emmy was won in 2012 for her GH role and she received another statue in 1989 for playing Julia Capwell in the soap, Santa Barbara.

Maura West is a soap opera veteran with a career that spans over two decades. Daytime drama fans were introduced to West in 1995 when she played the role of Carly Snider on the popular show As The World Turns. She would continue in that part until the show was cancelled in 2010. Being the talent that she is, West bounced back quickly, joining the Young and the Restless for a brief, but powerful stint as Diane Jenkins. She then moved on to GH where audiences continue their love-to-hate relationship with West as she plays the manipulative Ava Jerome on the show. West has racked up quite a number of accolades over the years, being nominated for a Daytime Emmy eight times and taking the prize home three times, once in 2007, 2010 and 2015.