Dan Scott’s 10 Most Memorable Moments On One Tree Hill 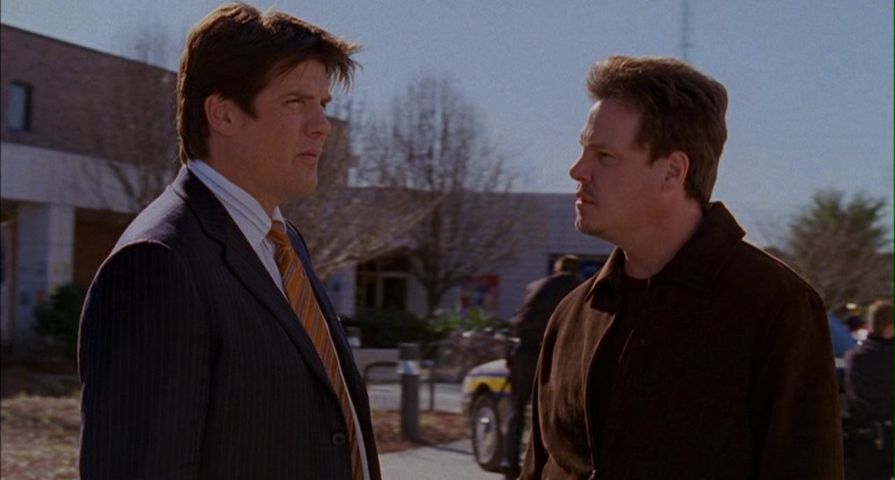 There are many, many reasons why fans of One Tree Hill love the show so fiercely, and remain loyal even years after it stopped airing. One of the main reasons of course is the excellent writing, and perfectly cast roles that made the characters not only seem so real, but also allowed for them to embark on some of the best character developments on TV. It is impossible to imagine anyone except for Paul Johansson in the role of Dan Scott who managed to not only be the show’s biggest villain, but actually be likeable by the end of the series, as he was the embodiment of the character fans loved to hate and hated to love. Not many actors or shows can have a character do what Dan did, yet still have fans rally for him eventually. Check out Dan Scott’s 10 Most Memorable Moments on One Tree Hill.

In the early seasons on One Tree Hill, Dan Scott is set up as only the villain, and he makes it easy for fans to hate him especially with the way he treats both his sons, but especially Lucas. Near the end of season one, however, fans got to see a glimpse of who else Dan can be when he saves both Keith and Lucas from a serious car crash. After ignoring Lucas or calling him a “mistake” all season, Dan not only shows actual concern for Lucas, but finally says “I’m his father” in order to give permission for the surgery he needs to save his life.

Through the ups and downs of Dan Scott it seemed that in a way he got what was coming to him when he needed a heart transplant to save his life, but it never worked out. In one of the most bizarre, yet definitely memorable moments of the show, Dan finally gets the call they have a heart for him and while waiting in the hospital watches his would-be transplant heart fall out of the hands of the paramedic and get eaten by a dog in the waiting room. The moment was definitely symbolic of Dan being “heartless” and was a true shock for fans.

When Dan comes back into the picture after getting out of prison, fans were unsure which Dan Scott they were going to get. His surprise marriage to Rachel, plus his talk-show “Scott Free Redemption” had fans wondering if he was back to his two-faced ways. He proved he really would do anything to show his family he loved them, even if they wanted nothing to do with him after he brought Renee, the woman who claimed Nathan slept with her and got her pregnant, on his show only to expose her lies and free Nathan from the bad press that was tarnishing his reputation, career and marriage because of Renee’s claims.

As mentioned, the early seasons solidified Dan as the character to hate on the show and that was never more so than when it was discovered he had hired Jules to make Keith fall in love with her just to break his heart. At this point, no one was sure just how far Dan would stoop to get revenge, but for fans it was a truly memorable moment to see Dan set up and hurt his own brother like that.

Somehow Dan had managed to make himself a beloved character on One Tree Hill by the later seasons, and some of his best, and funniest moments were on his quest to save Nathan from his European kidnappers. Dan is most definitely not someone to mess with, especially when it comes to Nathan and his family, and although it proved he still had no issue killing anybody, it was great to see him stop at nothing to save Nathan, even if his back-up was Julian and Chris Keller.

It is safe to say that a major part of Dan’s redemption in the eyes of fans was his relationship with his grandson Jamie. It was hard not to feel for Dan when all he wanted was to be in Jamie’s life, and Jamie looked up to him so much. Dan once again showed signs of the guy he can be when after being rejected by Nathan, Haley and Lucas, and told to stay away from Jamie, he kept a close eye and was able to save Jamie from “crazy” Nanny Carrie.

Dan really redeemed himself with One Tree Hill‘s fans after he was abducted by Nanny Carrie in season six. Even though Dan was hated, it was still difficult to watch him get tortured by Carrie, and there was something satisfying about Dan being the one to kill her after almost kidnapping Jamie again. This moment was also very memorable because it proved that Dan still had no problem murdering, which hinted that he hadn’t changed as much as it seemed.

Dan progressively got worse over the first few seasons; however, it was always surprising (even given his track record) when he became violent with his own sons. One Tree Hill never shied away from difficult subject matter, and Dan’s actions towards both Lucas and Nathan crossed lines after he physically attacked both through the first couple of seasons. One of the most memorable was when he cornered Lucas and Peyton in an empty school gym to confront him about the dealership fire. He not only almost killed Lucas because he thought he set the fire, but he also pushed Peyton violently to the floor.

Audiences may have been back-and-forth on their feelings for Dan Scott, but one of the show’s most memorable episodes and moments was the death of Dan Scott in season nine. The episode was emotional and heart-breaking and truly revealed how far his character had come from the earlier seasons. What made the moment most memorable, however, was the peace he made with Keith when Keith’s spirit comes to take him to the “other side.” After Dana admits his fear that his actions will mean he can’t go to the same place as Keith (presumably Heaven), Keith responded, “Don’t worry little brother, you’re my plus one.” Without a doubt one of the most heart-wrenching lines in the series.

Of course, there is the moment and episode that will always top the list of memorable One Tree Hill moments — the death of Keith Scott at the hands of his brother. Writers had gradually built up the dark side of Dan over three seasons, and every time it seemed he couldn’t get worse, he did, but absolutely no one saw the events of the school shooting playing out the way they did. No matter how much time goes by, fans will always remember the look on both Dan and Keith’s faces when Dan pulls the trigger on his brother, and the disbelief fans felt when it happened.