Home » Entertainment » Celebrities » Cast Of Buffy the Vampire Slayer: How Much Are They Worth Now? 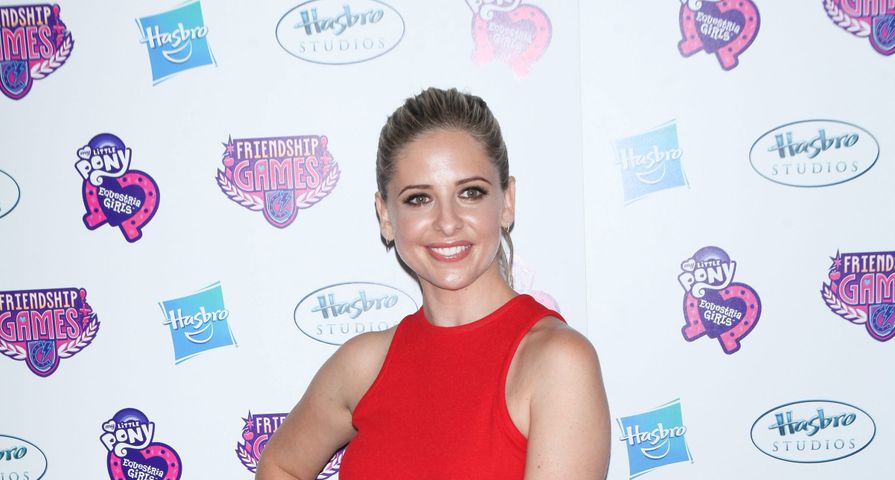 You may not think kicking vampire butt is the most sure-fire way to fame and fortune, but then of course you’d be wrong. Battling vampires in real life might not do the trick, but being the actors who played the demon-battling characters in Buffy the Vampire Slayer certainly did well for themselves. It launched the main characters into the star-making stratosphere and ensured that each and every one of the recurring characters was paid quite well. The show was a success in more ways than one. Starring on a super popular show, as well as continuing on with other awesomely successful roles has made the people on this list very rich. Here’s how much the stars of Buffy the Vampire Slayer are worth now.

Estimated Net Worth: $10 million. Eliza Dushku played an additional slayer along with Buffy on the hit show, but where Buffy kept on the right side of good and evil, Faith struggled to keep herself in line. Good thing for her that it didn’t matter what side you were on, whether you were slaying demons or helping them in their evil plans, you could still make a healthy paycheck at the end of the day. With her stint on Buffy the Vampire Slayer as well as movie roles and other television roles, Eliza Dushku is currently worth an estimated $10 million big ones.

Estimated Net Worth: $4 million. Charisma Carpenter may have acted the richie-rich gal Cordelia Chase on Buffy the Vampire Slayer, but in real life she can stand up to that attitude. She may not be worth the wildly insane amounts we see from other Hollywood actors, but Charisma is doing fine for herself with an estimated worth of $4 million.

Estimated Net Worth: $9 million. When Buffy’s little sister Dawn came onto the scene, she wasn’t exactly a fan favorite. In fact, one could say that she was arguably the most disliked character on the show. But again, it doesn’t matter whether you’re good or evil when it comes to fame, it’s all the same when payday comes around. With her Dawn days behind her, the young actress is still keeping herself busy business-wise (think Six Feet Under, Weeds, and Gossip Girl) the gal who was once Harriet the Spy is worth an estimated $9 million.

Estimated Net Worth: $4 million. Emma Caulfield joined the Sunnydale gang (after some initial demonic intentions, of course) as Anya, a.k.a. Anyanka, a vengeance demon with the impressive title of Patron Saint Of The Women Scorned (you know what they say, hell hath no fury like…). With a storyline that captured fans and kept her on the show, Emma managed to earn herself some nice pay. And although Emma hasn’t quite hit superstar status, she’s certainly hasn’t been hurting for work as she’s been keeping busy. The roles have been steady for Emma Caulfield resulting in a personal estimated worth of $4 million.

Estimated Net Worth: $3 million. What would learning be like if every school was lucky enough to have a librarian like Rupert Giles? A Watcher, an encyclopedia of magical knowledge, and buff enough to take care of his fair share of vampires in a fight, Giles was a father-like figure to the demon-busting gang and fans adored him just as much as the characters did. Despite the show being over and done, Anthony Head is still wildly busy (seriously, he’s involved in multiple productions each and every year) and although he doesn’t take in the heftiest paycheck in acting circles, he’s still worth an impressive estimated $3 million.

Estimated Net Worth: $5 million. Spike played the “villain, anti-hero, and lover” on Buffy the Vampire Slayer and fans loved every minute of it. Among the (really) bad boys that Buffy must go up against, both in battle and love, Spike was a complicated character that was worthy at the time of the ground-braking show. Since Buffy ended, James Marsters, who brilliantly played Spike, has kept busy with roles in productions and shows like Smallville, Withches of East End, and Hawaii 5-0. His packed schedule has resulted in a personal estimated wealth of $5 million.

Estimated Net Worth: $22 million. Many Buffy fans fell hard and fast for the damned-yet-adorable Angel on Buffy the Vampire Slayer. Played by the hunky David Boreanaz, fans of the show weren’t finished with their Angel when the show ended which saw Boreanaz taking his character over to their very own show aptly named Angel. After an impressive 5 year run, Angel met its maker and David moved onto other projects before landing a gig on yet another long-running super popular show known as “Bones.” All of this success has led to a wildly impressive estimated worth of $22 million.

Estimated Net Worth: $6.4 million. Nicholas Brandon found fame on Buffy the Vampire Slayer as the sometimes-awkward super-loyal buddy of Buffy’s, Xander Harris and launched a generation of boys named Xander themselves. Always by Buffy’s side, whether at school or fighting demon rampages, he was the best-guy-pal every girl wants to have. In recent years, fans have been able to spot Nicholas Brendon as super-techy hacker expert FBI fellow, Kevin Lynch on Criminal Minds.

Estimated Net Worth: $18 million. It would have been handy if Willow could have used her witchy ways to whip up whopping personal wealth, but in real life the actress who played Buffy’s best friend did fine without spells and potions. Alyson Hannigan played the sidekick that every demon-battling gal needs in Buffy the Vampire Slayer but she also played the quirky flute-playing, band-camp-loving Michelle in the American Pie movies as well as one of the gang on How I Met Your Mother. All of her acting success has led to an estimated net worth of $18 million.

Estimated Net Worth: $15 million. How much can you earn from saving the world over and over and over again? Quite a lot actually. At least, if you’re acting like you’re saving the world in one of the most popular television shows of its time. Sarah Michelle Gellar kicked vampire butt and taught a generation of girls that they were strong enough to fight demons while portraying the awesome Buffy herself. She also appeared in movies like the dark and dreamy teen movie Cruel Intentions. Whether she was in Cruel Intentions or kicking butt on the show, Sarah Michelle Gellar has managed to build a personal fortune of around $15 million.