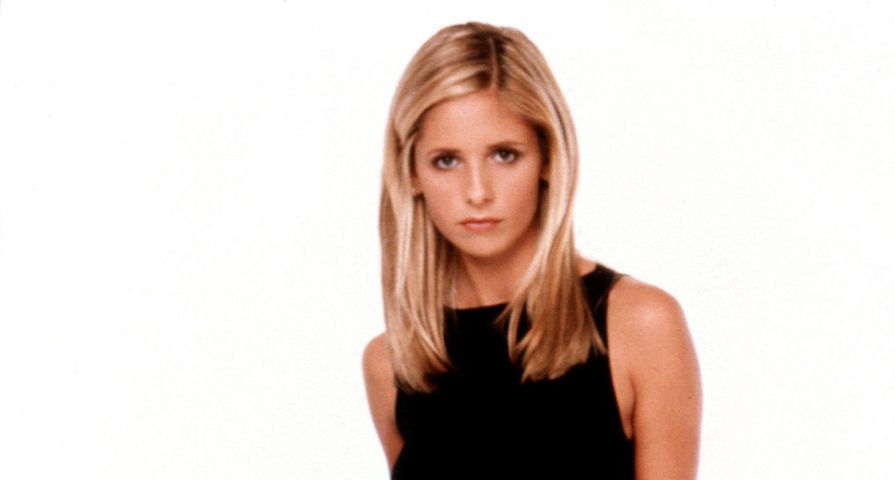 Thirteen years ago Buffy the Vampire Slayer aired its last episode. Even though a lot of time has passed, we still miss it. It was one of those shows that does not get old. With Buffy, we got the best of all possible worlds – strong characters, interesting plotlines, as well as lots of action. Back then we didn’t see many empowered women on television, which is why Joss Whedon gave us Buffy. She’s everything that every woman wants to be – strong, beautiful, capable and totally able to kick butt when she has to. Because we all miss Buffy the Vampire Slayer so much, here are 10 things you probably didn’t know about the show.

Charisma Carpenter – who was cast as 16-year-old Cordelia Chase on Buffy the Vampire Slayer – was 27-years-old when the show first aired. She got the role after Bianca Lawson – who played the vampire slayer Kendra in the show’s second season – turned it down due to other contractual obligations.

Riff Regan was originally cast as Willow Rosenberg; however, the part was recast after the pilot was shot. Apparently Regan’s Willow was a sweet doormat, but she didn’t have the neurotic, eager-to-please quality that Alyson Hannigan brought to the part, so the network later recast the role for the series with Hannigan.

According to the Toledo Blade, Katie Holmes was offered the lead role in Buffy the Vampire Slayer, but she turned it down because she wanted to finish high school. Selma Blair was also up for the part; however, she lost out to Holmes and, when Holmes turned it down, it went to Sarah Michelle Gellar.

Nicholas Brandon had very little acting experience when he auditioned for the role of Xander Harris. Before getting into acting, he had worked as a production assistant, plumber’s assistant, veterinary janitor, in food delivery, script delivery, as a day care counselor and as a waiter. Surprisingly, it only took four days of auditions for him to land the part of Xander.

Ryan Reynolds was originally offered the role of Xander Harris, which went to Nicholas Brandon, but passed on it because he didn’t want to go back to high school. “I love that show and I loved Joss Whedon,” he told The Toronto Star in 2008. “But my biggest concern was that I didn’t want to play a guy in high school.”

One of David Boreanaz’s neighbors suggested him for a part in Buffy the Vampire Slayer. The neighbor reportedly saw Boreanaz walking his dog and was convinced that he had the right look for the show, so he contacted the casting director, who then brought Boreanaz in. As soon as he walked in the room, the casting director knew he was perfect for the role.

4. Charisma Carpenter Auditioned to be Buffy

Charisma Carpenter – who played Cordelia Chase on the show – also auditioned for the role of Buffy. She was filming Malibu Shores at the time and was so late to the Buffy audition that she almost missed out on the opportunity. Although she really wanted the role initially, she was happy playing Cordelia because she realized that she was better suited to that role.

Sarah Michelle Gellar and Michelle Trachtenberg worked together on the long-running soap opera All My Children back in the ‘90s and two of them were good friends. Gellar was actually the one who recommended Michelle for the part of her character’s younger sister, Dawn, who comes in during the show’s fifth season.

David Boreanaz’s character Angel was really serious, but he is the exact opposite. On the set of Buffy the Vampire Slayer, he would pull various pranks on his co-stars. For instance, in between scenes, he would pull his pants down to see if his co-stars could keep a straight face and not break character.

Sarah Michelle Gellar had been offered the role of Cordelia Chase before Charisma Carpenter but, once producers saw Carpenter’s audition, they asked Gellar to come back and audition for the part of Buffy. Several other actresses also auditioned to be Buffy, but were cast in other roles in the show including Julie Benz (who played Darla), Elizabeth Anne Allen (who played Amy Madison), Julia Lee (who played Anne) and Mercedes McNab (who played Harmony Kendall).