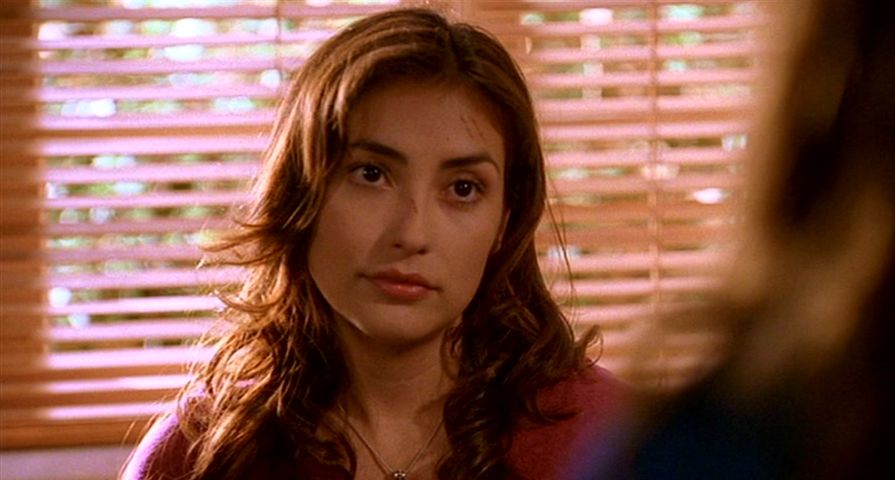 Veruca was ridiculously annoying. The way she relentlessly pursued Willow’s boyfriend, Oz, was enough to make the average fan’s blood boil. Sure, they had the whole werewolf thing in common, but her efforts to pursue something with Oz even though he was with Willow made Veruca really unlikeable. When werewolf Oz finally killed her in the episode “Wild At Heart,” no one shed any tears as most fans were relieved.

Rona was such a Debbie Downer that it made it really hard to like her. She didn’t even really want to become a slayer – she just wanted protection. She also didn’t respect Buffy as the leader of the potential slayers. When her reply to Buffy being expelled from her own home by the potentials, Faith and her friends was “Ding, dong. The witch is dead,” she solidified her place on the list of most annoying characters.

As the Big Bad of season four, Adam wasn’t scary. In fact, the season was a bit of a let down because of him. He was very much like a modern day Frankenstein, as he tried to understand himself and his true nature. This was both boring and also annoying. He was way too cerebral to ever be that convincing as a villain and even Joss Whedon admitted that Adam was his “most boring Big Bad.”

When Principal Wood was first introduced during season seven, many thought he was going to be that season’s Big Bad, but he turned out to be the son of a former slayer who was killed by Spike. When he started pursuing his vendetta against Spike, he became quite annoying. Buffy and the gang were gearing up for the fight of a lifetime against The First and he couldn’t let his grudge against Spike go! After that, Buffy briefly alienated him from the group and mission, with good reason.

Riley was really bland. He obviously cared for Buffy, but he was never going to be this great love in her life – that role belonged to Angel. He started to get really annoying during season five when he began frequenting Bite Dens and got into the habit of letting vampires feed on him. Seriously, Riley? It was a blessing when he rejoined the military and left Sunnydale mid-season. The show was better off without him.

Kennedy was especially annoying and it might have to do with her relentless pursuit of Willow, who was still grieving over the loss Tara, one of the most beloved characters in the whole Buffy universe. It also didn’t help her any that she was constantly disagreeing with Buffy and questioning her choices when it came to their battle with The First. Would season seven have been better without her? Absolutely, which is why she is considered one of the most annoying characters in the series.

There is a reason why Dawn was included in TV Guide’s list of Most Loathed TV Characters and why Entertainment Weekly named her as one of the 21 Most Annoying TV Characters Ever – she really was THAT annoying. She complained a lot, seemed much more immature than her 14 years, and she made a lot of trouble for Buffy, who had to constantly look out for her. Although she was more tolerable in the seventh season of the show, it’s really hard to forget how annoying she was during season five and six.