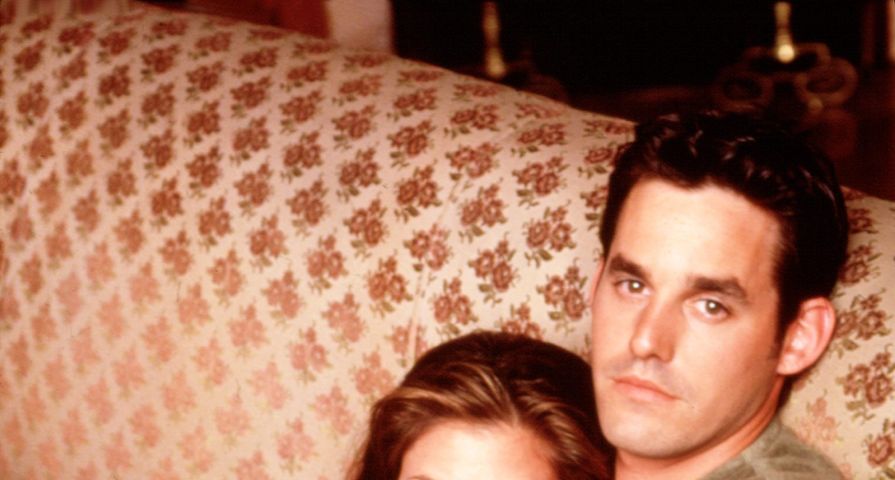 Buffy the Vampire Slayer has gone down in television history as being one of the best shows of all time and with good reason. It featured great storylines, great characters and lots of action. The show also featured many different relationships – some of them good while others were forgettable. We’re counting down 10 popular relationships from Buffy the Vampire Slayer and ranking them from worst to best – check it out:

Willow had a crush on Xander for the first few seasons of Buffy the Vampire Slayer and in season three he finally took notice of her – after she was already dating Oz and he was dating Cordelia. The two shared a few make-out sessions, but then were caught by their respective partners, which pretty much ended their little affair. Whatever Willow and Xander had together was pretty insignificant, which is why they are considered one of Buffy’s worst couples.

Willow and Kennedy weren’t the worst couple on Buffy the Vampire Slayer, but she doesn’t compare to Willow’s former lovers. Even before she and Willow hooked up, Kennedy came off as kind of annoying with the way that she would hit on Willow. Then once they finally start dating, the sex scene they share is just over the top. We honestly would have preferred if these two just didn’t happen.

Riley was the one boyfriend of Buffy’s who was relatively normal. He wasn’t a vampire and he didn’t have any special powers, which ended up becoming a problem for him when he was dating Buffy. She was so much stronger than him and didn’t really need him, which strained their relationship. It all came to a head when she found out that he was hanging out in vampire brothels, letting vampires suck his blood. Shady! Season five got a lot better after they broke up cause Buffy’s could finally devote her focus to saving the world again.

Zander and Cordelia were one of the most unlikely couples on Buffy. When their dislike for each other turned into passion and led them to embark on a relationship together, it didn’t seem likely that things would work out, but they managed to make it work from season two to season three. The relationship, unfortunately, came to an abrupt end when she caught him making out with Willow. Poor Coredlia. She really did deserve better and she wasn’t going to get it from Xander.

Buffy and Spike had undeniable chemistry, but she never loved him the way that he loved her, which made their interactions at times hard to watch. It was only during season seven that she began to treat him with more respect. Before that, she was quite hostile even though he obviously really loved her. She more or less used him during season four, five and six, which made their relationship pretty dysfunctional.

Oz was really the first guy to notice Willow and it was a pretty sweet moment. Their relationship proved to be just as sweet but, at the end of the day, it was just a high school romance. Once they went off to college, things got complicated, mostly because he met another werewolf, Veruca, who seduced him when he became a werewolf. Oz left Willow pretty heartbroken, but by that point, it was obvious that their relationship had run its course.

No couples on Buffy the Vampire Slayer were as openly passionate as Spike and Drusilla. Somehow, even though these two didn’t have souls, they were truly, madly and deeply in love with each other. They were together for a couple hundred years when they rolled into Sunnydale, but his attraction to Buffy is what ended their relationship. Well, that and her affair with a fungus demon. Even after they broke up, the scenes that featured both of them together were always some of the best because of their chemistry.

Through all seven seasons, Buffy always carried a torch for Angel. Even after they broke up in season three and he left to star in his own show, Buffy never really got over him. She had other relationships, but she never really loved the other men she dated the way she loved Angel. Even during the last couple scenes in season seven, when he came to help her fight the first, their attraction to each other was so obvious. Buffy and Angel were definitely soul mates, but they could never really be together.

Jenny Calendar and Giles were really sweet together, except when she became possessed by a demon and tried to kill him, but that wasn’t her fault. In a show that was dominated by teen romances, Giles and Jenny were a breath of fresh air. They balanced each other out; she was super tech savvy and he was a complete and utter technophobe. When Angelus killed her, it was a really devastating moment, made even more devastating when Giles found her dead body in his bed. These two had a lot of potential and it really feels like their relationship was cut short.

Willow and Tara had the strongest and most stable relationship on Buffy. They seem to really complement each other and it was only when Willow became addicted to magic that their relationship was tested. Although they broke up briefly after Tara found out that Willow had used a spell to make her forget one of their fights, they quickly found their way back to each other. They probably still would have been together until the very end of the series had Tara not been killed by Warren at the end of season six.