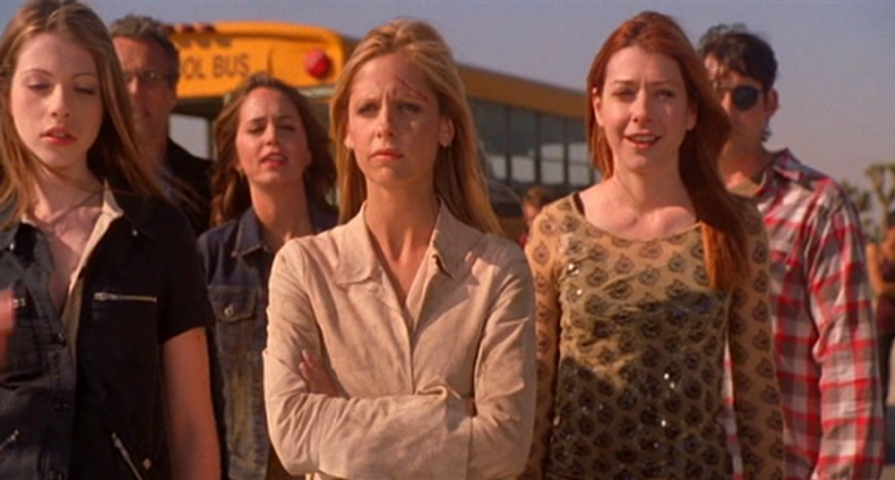 Buffy the Vampire Slayer is one of the best television series from the late ‘90s and early 2000s. The show ran for seven seasons from 1997 to 2003 and featured great characters, interesting storylines, and witty dialogue. Although there were a few weak episodes through those seven seasons, there were also a ton of amazing ones – like these 10!

“Passion” is definitely one of the most devastating episodes because of Jenny Calendar’s death. She was working on translating a ritual to bring back Angel’s soul when she encountered him in a hallway at Sunnydale High. Although she tried to escape him, she couldn’t and he savagely broke her neck. The episode became even more devastating when Giles returned home thinking Jenny was waiting for him and he found her dead body on his bed.

“Surprise” is definitely one of the more memorable episodes of Buffy the Vampire Slayer because it is the episode where Buffy loses her virginity to Angel, which causes him to lose his soul and become Angelus in the following episode, “Innocence.” It’s so easy to empathize with Buffy in both episodes, but especially in “Innocence.” She’s totally heartbroken as a result of Angel’s transformation and we see her struggle with her new task – bringing him down. 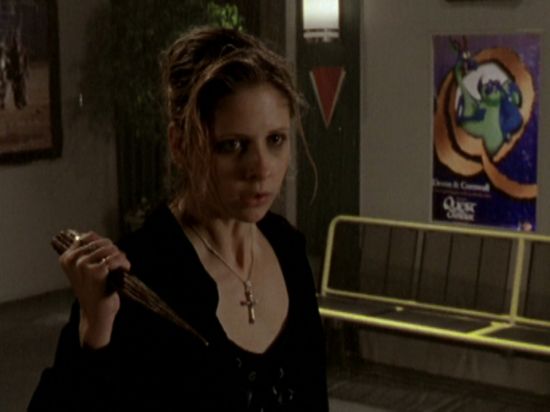 “Seeing Red” was an especially dark episode. Just as Willow and Tara had finally reconciled, Tara gets killed by one of Warren’s stray bullets as he tries to kill Buffy. Watching Willow cradle Tara’s lifeless body was heartbreaking but, according to Joss Whedon, her death was necessary for Willow’s character development, as in the following episodes she turns into Dark Willow, who is looking to destroy the world. As if Tara’s death wasn’t enough, Spike tries to rape Buffy and Buffy is also shot by Warren. 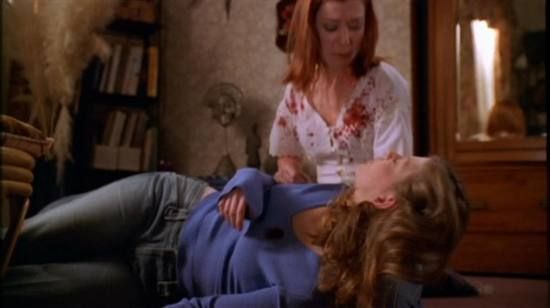 Buffy the Vampire Slayer was praised for its witty dialogue, which is one of the reasons why Joss Whedon decided to make an episode almost entirely devoid of speech. The episode “Hush,” with its lack of dialogue was probably one of the creepiest episodes in the entire series. The fairytale monsters, The Gentlemen, who come to Sunnydale and steal everyone’s voices, leaving them unable to scream when The Gentlemen cut their hearts out is the kind of stuff nightmares are made of. The episode was so good that it was the only one to be nominated for an Emmy Award for Outstanding Writing for a Drama Series. 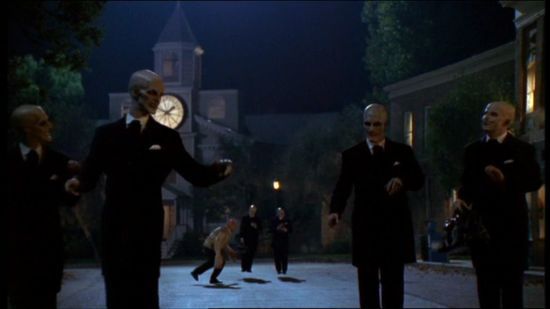 “The Body” is hailed as one of the best episodes of Buffy the Vampire Slayer and is considered one of the best television episodes ever broadcast. As Buffy and her friends are confronted with the death of her mother, they struggle to come to terms with what her death – and what death in general – means. The episode is haunting and the cast gives some of their best performances, especially Sarah Michelle Gellar, Michelle Trachtenberg, Alyson Hannigan, and Amber Benson. 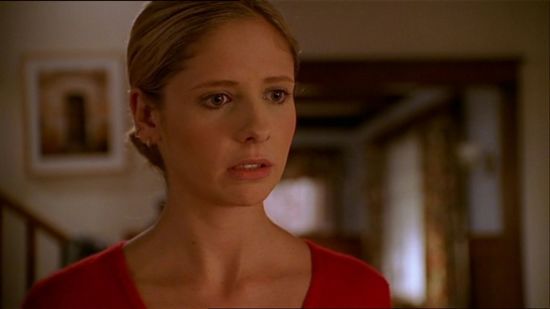 The last couple of episodes of season six were especially memorable because of Dark Willow, Willow’s alter-ego who is obsessed with avenging her lover’s death. We see her kill Warren, go head-to-head with Buffy, duel with Giles and drain him of his magic power and direct a magical attack on Xander and Dawn. Although she is keen on destroying the world, the most gut-wrenching moment in the episode is when Xander is trying to stop her and then finally succeeds. 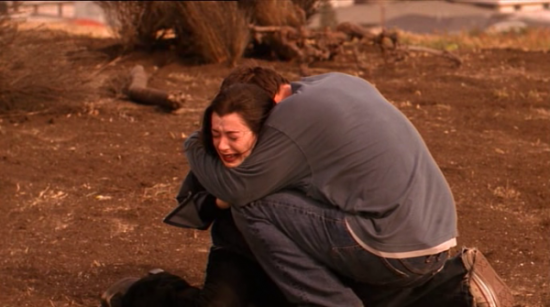 The two-part finale of season three was perfect. We saw Faith and Buffy battle to the death in “Part 1,” and in “Part 2” we see Buffy, the Scooby Gang and all of their classmates team up and defeat Mayor Wilkins during their graduation ceremony, successfully preventing the ascension. There is one really sad part of the episode though. When Buffy sees Angel from a distance at the end and the two look at each other for a moment before he walks off into the distance was really heartbreaking. We knew that he was getting his own show, Angel, but we still were going to miss his presence on Buffy the Vampire. 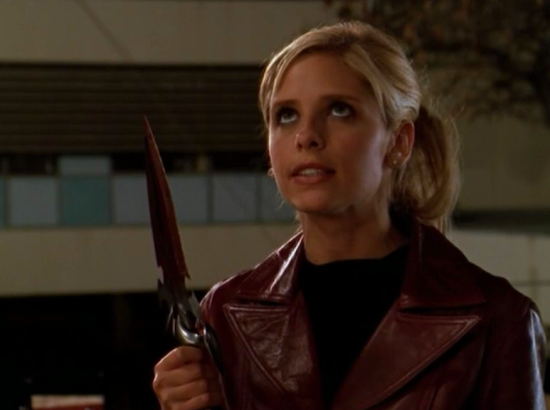 In part 1 and part 2 of “Becoming,” so much happens. Angelus tries to destroy the world; he kidnaps Giles and puts Willow in a coma; Drusilla kills the vampire slayer Kendra; Buffy is wanted by the police because they suspect she killed Kendra; Spike allies himself with Buffy so that he can get Drusilla away from Angelus; and Willow comes out of the coma and uses Jenny Calendar’s translation of a spell to restore Angelus’ soul. The most devastating part of the episode though is at the end when Buffy is forced to kill Angel to save the world. 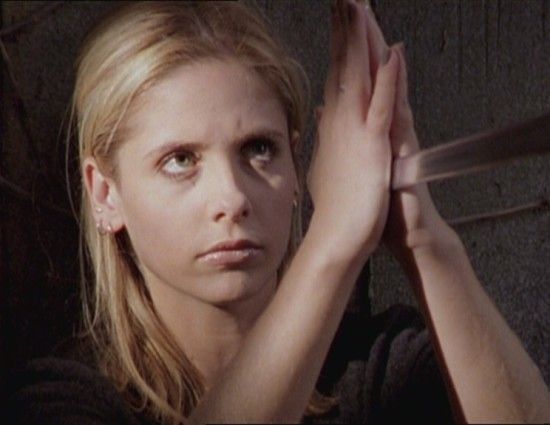 Season five’s finale “The Gift” is definitely one of the most memorable episodes of the entire series, probably because the show was switching networks and Joss Whedon wanted to leave The WB with a bang – and he did! Fans were absolutely heartbroken when, at the end of the episode, Buffy threw herself into the portal to close it so that she could save her sister Dawn, and the entire world. The saddest part though was hearing her last words to Dawn as her friends found her dead body.

Although season seven was far from perfect, its finale “Chosen” was one of the best in television history. There were so many great moments, including when Angel showed up and watched Buffy defeat Caleb and when Willow cast a spell so that every potential slayer around the world became a full-blown slayer. There were a number of devastating moments too like when Spike sacrificed himself to destroy the Turok-Han and close the Hellmouth and when Anya died in battle. Still, the ending is really satisfying as we see Sunnydale collapse into a hole and Buffy smile as she looks back at the giant crater. 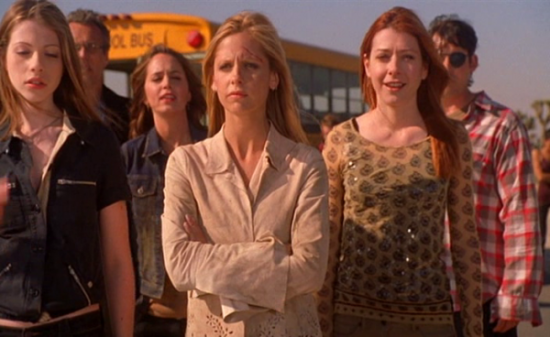