10 Celebrities Who Have Had Near-Death Experiences 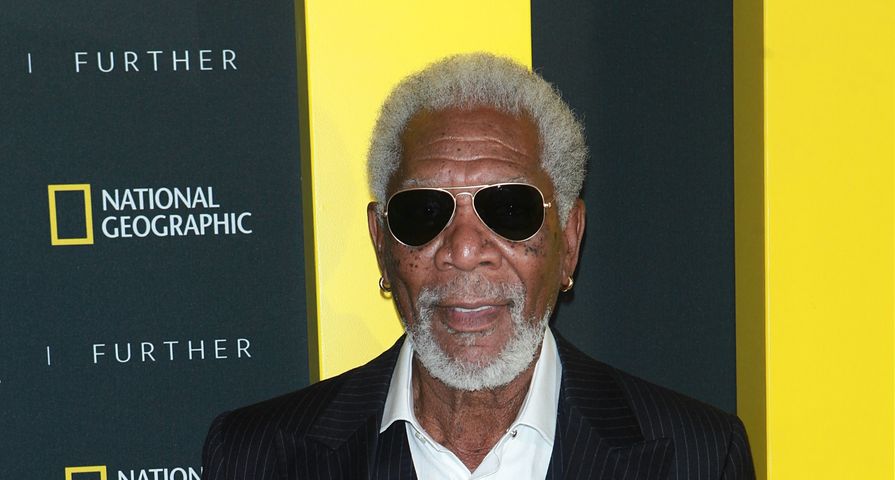 Celebrities have lived some very interesting lives and, while it might seem like their every move has been in the spotlight, there are many times they open up about things fans never knew about and it captures our attention. One of these compelling topics have been near-death experiences, which reminded them of their own mortality and revealed to fans how close they came to possibly losing one of their favorite stars. Many stars have shared their stories about being in dangerous situations and how surviving has changed them. Here are 10 celebrities and their near-death experiences:

Actress Sharon Stone opened up about her own near-death experience in 2004, three years after she suffered a stroke which she insists took her to the afterlife. In 2001, out of nowhere, Stone had a massive brain hemorrhage which caused her brain to bleed for nine days and put her in the ICU. “When it hit me I felt like I’d been shot in the head. That’s the only way I can really describe it. It hit me so hard it knocked me over on the sofa […] This kind of giant vortex of white light was upon me and I kind of – poof! Sort of took off into this glorious, bright, bright, bright white light and I started to see and be met by some of my friends. But it was very fast – whoosh! Suddenly, I was back. I was in my body and I was in the room.” After the stroke, it took two years for Stone to learn to walk and talk again properly.

Just recently, actress and comedian Amy Schumer opened up about her own near-death experience when she was a teenager. For an issue of Vanity Fair in 2016, Schumer revealed that she still has a big scar on her leg from a surfing accident that required 41 stitches and went through three layers of skin. “I skegged myself. My whole gin went into my leg and I had to yank it out. I was by myself.” She then explained that her situation was even more dangerous because it was winter and there were very few people on the beach to help her, but after dragging herself to shore, a man was able to put pressure on the bleeding. “I was like, ‘I need you to hold my leg.’ I was delegating. And he held my leg closed with his bare hands – just fat and blood coming out.” She went on, “I wish I knew who that guy was, because he saved my life, for sure. He had blue toenail polish and nail polish; he had long stringy hair. And I remember him being beautiful. Anyway, he held my leg closed.”

Like Schumer, Liam Hemsworth was an avid surfer from a young age and also found himself in a harrowing situation. “When I was a kid, one time I got my leg rope wrapped around my whole body like a ball, under water. I couldn’t get up. I was in waist-deep water, but I almost drowned,” he told Men’s Health. Luckily, Hemsworth was saved and it definitely didn’t deter him from surfing as it still remains one of his favorite hobbies.

Morgan Freeman has become one of Hollywood’s most beloved icons, but before he was famous there was a chance fans would never get to know his brilliance. At only 16 years old, in 1953, Freeman almost died after a bout of pneumonia. Although pneumonia is common enough, things were more complicated for Freeman because an abscess developed on his lungs and no one knew, so when the abscess burst, he almost died. “Some say God saved me. [But] I’ve survived so many things in my life that I don’t find myself asking the question of ‘why?'” Freeman later said of his brush with death.

Fans knew that Eminem had his struggles with addiction and drug use over the years, but no one was aware how bad it was until after the rapper almost lost his life in 2007. “I had overdosed in 2007, like, right around Christmas in 2007…I pretty much almost died. I pulled through and went home and relapsed less than a month later and I literally shot back up to the amount of pills I was taking, shot right back up to where I overdosed.” Despite the scary situation, he then admitted that it was a wake-up call for him.

One of the most famous celebrity near death experiences of recent years occurred in June of 2014 when actor and comedian Tracy Morgan was involved in a terrible car accident that involved six vehicles and tragically killed one of his close friends. As a result of the accident, Morgan was also severely injured and was rushed to the hospital in critical condition, suffering from brain trauma among other injuries. Despite the severity of his situation, Morgan miraculously pulled through after months in the hospital. Over time, Morgan has spoken out more and more about the life-changing crash and revealed his entire outlook on life has changed. “The way I am with people, something’s just different. I find myself saying ‘I love you’ 200 times a day to strangers. I don’t care – I don’t gotta know you to love you, I love you!”

Person of Interest actor Jim Caviezel definitely has an interesting story of his own when it comes to a near-death experience he had while filming 2004’s The Passion of the Christ. While filming the scene of the Sermon on the Mount, the actor was actually struck by lightning! “I was lit up like a Christmas tree!” Caviezel said of the terrifying moment. “I was doing the Sermon on the Mount. I knew it was going to hit me about four seconds before it happened. I thought, ‘I’m going to get hit.’ And then it happened, I saw the extras hit the ground. What they saw was fire coming out the right and left side of my head. Illumination around the whole body.”

Rapper and actor 50 Cent is lucky to be alive after being shot in 2000. At the time, 50 Cent was at his grandmother’s house in South Jamaica and when he got in the back seat of his friend’s car; an attacker walked up and shot the rapper nine times at point-blank range with a 9mm handgun. He was shot in the hand, arm, hip, both legs, chest and left cheek. Miraculously, he survived after 13 days in the hospital and began rehabbing which included walking with the aid of a walker for six weeks, but eventually he made a fully recovery. He later told the story of the shooting in the film Get Rich or Die Tryin‘ and said, “After I got shot nine times at close range and didn’t die, I started to think that I must have a purpose in life … How much more damage could that shell have done? Give me an inch in this direction or that one, and I’m gone.”

Beloved CSI actor William Petersen had not only his own near-death experience but also an experience with the afterlife during the terrifying moment. Back in 1986 while doing a play in Chicago, the actor nearly cut his finger off while on-stage and passed out from losing so much blood. “I could hear the doctors working on me, saying that they had lost my vital signs. I was on the ‘All That Jazz’ escalator with a long tunnel and a lot of white light. Then I specifically remember a dominant male voice saying, ‘It’s not your time. Get off the escalator. You’ve got shit to do.’ I came to, and got sewed up. Something in me changed, a sort of knowledge that somewhere on the other side, its good. For weeks, the more I talked about it, the more freaked out people got. Some of them were like, ‘Okay, whatever: You took too many drugs,'” Petersen explained of the surreal near-death moment.

Famous musician and Blink-182 drummer Travis Barker found himself close to death after being involved in a 2008 plane crash in South Carolina. Upon attempting takeoff, the plane that Barker was in emitted sparks and sped off the runway eventually bursting into flames. While Barker along with DJ AM Goldstein were able to escape the plane, four others were killed, including the planes two pilots and Barker’s personal assistant and security guard Chris Baker and Che Still. Although he survived, Barker was on fire when he exited the plane and suffered from second and third-degree burns causing him to spend 11 weeks in the hospital and in burn centers. He ended up needing 16 surgeries, blood transfusions and numerous skin grafts, and developed PTSD and survivor’s guilt from the incident.