15 Forgotten Sex Symbols From The ’90s: Where Are They Now? 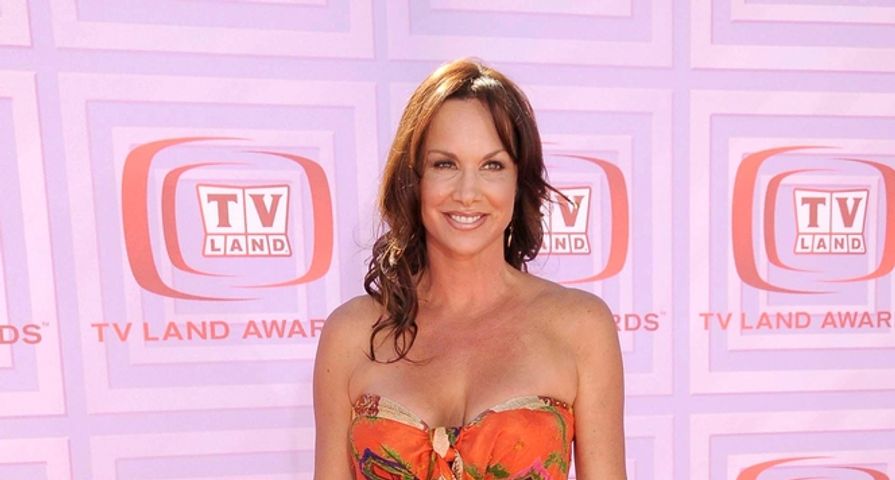 Sex symbols come and go, but some of them are so memorable it’s important to give them the proper respect. The ‘90s were host to some of the hottest women ever. From models to television/movie stars, these women defined the era – and were the object of every man’s affection! Sadly, over the years we’ve lost track of some of our favorite sex symbols so, rather than assume they disappeared into thin air, we decided to see what they’ve been up to. Here are 15 forgotten sex symbols from the ’90!

With her exotic looks and killer body, Eliza Dukshu was a natural for the role of troubled slayer Faith on “Buffy the Vampire Slayer.” Although it seemed as though she was going to make the big leap from television to movies, she never quite made it. Dushku has worked steadily over the years, but her roles have been in films that no one goes to see. Her biggest role since “Buffy” was on “Dollhouse,”-  another (albeit less successful) Joss Whedon show.

Cast Of 10 Things I Hate About You: Where Are They Now?

When she played the bright and attractive Topanga Lawrence on “Boy Meets World,” Danielle Fishel cultivated a large following. She was on the cover of GQ’s hottest stars to watch October 1997 issue; she was on the cover of Seventeen magazine in December 1998; and she was one of “The 21 Hottest Stars Under 21” as presented by Teen People in June 1999. She faded from the spotlight over the past decade, however, fans will get to see her on the small screen again soon. Fishel just recently reprised her role as Topanga on “Girl Meets World.”

Debbe Dunning is best known for being the gorgeous tool assistant Heidi Keppert – also known as the “Tool Time girl” – on “Home Improvement.” While she has been involved in a few different films – “The Spiral Staircase,” “Now You Know” and “Wicked Wicked Games” – she has more or less left the world of show business. Dunning is currently married to American volleyball player Steve Timmons with whom she has two children.

Yasmine Bleeth was considered one of the hottest things on TV when she starred on “Baywatch.” With her dark brown hair, blue eyes and voluptuous figure, she was every adolescent boy’s fantasy. Bleeth has gone on to do a few TV movies over the years; however, after her arrest in 2001 for possession and driving while impaired, she left Hollywood. She is currently married to Paul Cerrito and the two live in Scottsdale, Arizona, together.

Christina Applegate became a household name when she starred on “Married…with Children” as the beautiful but dippy Kelly Bundy. Despite having had a lot of success on the small screen, Applegate tried to make the leap from television to film; however, her film career never really took off. While she continues to dabble in movies, her greatest success to date has been on television – she had starring roles on “Samantha Who” and “Up All Night.”

Sarah Michelle Gellar shot to fame in the ‘90s when she landed the role of vampire slayer Buffy Summers on CW’s “Buffy the Vampire Slayer.” With her girl next door looks and exceptional self defense skills, she instantly won critical and commercial acclaim – and the hearts of men everywhere. Since the series ended, Gellar has dabbled in movies and television. Sadly, the last two television shows she starred in – “Ringer” and “The Crazy Ones” – have both been canceled. Luckily, she has a rock-solid off-screen relationship with hubby Freddie Prinze Jr – and the two share a son and a daughter together.

Alyssa Milano was the beautiful, wholesome girl next door when she starred on “Who’s the Boss?” as Samantha Micelli; however, she traded her good girl image for a sexy vixen one when she took on more sexually charged roles in “Fear” and “Poison Ivy II.” Although her film career never really took off, Milano has built a career in television. Her biggest roles to date were on “Charmed” and “Mistresses,” which she currently stars on. Alyssa is now married to CAA agent David Bugliari. The two have one son together and are expecting their first daughter later this year.

Heather Locklear made a name for herself as the woman everyone loved to hate on “Melrose Place” – the blonde vixen Amanda Woodward. She boosted ratings for the primetime soap and added some much needed spice to the plot. In recent years, Locklear has become better known for her struggles with alcohol and prescription medication. Fortunately, that seems to have changed – she currently has a lead role on the TNT show “Franklin & Bash.”

Cast Of Sex And The City: Where Are They Now?

Alicia Silverstone established herself as a sex symbol when she starred in the movie “Clueless” as the beautiful, fashionable and ditzy high school student Cher Horowitz. Despite signing a three-picture deal with Columbia Pictures, Silverstone has never been able to enjoy the same success as she did with “Clueless” with her subsequent films. Even though she is still beautiful, these days she only makes the news for her controversial parenting views.

Cast Of Gilmore Girls: Where Are They Now?

Denise Richards was never considered an exceptional actress; however, in the ‘90s, she was one of the biggest sex symbols. She solidified her sex symbol status when she appeared topless in “Wild Things” and when she was cast as nuclear physicist Christine Jones in the Bond film, “The World Is Not Enough.” These days, it’s rare to see Richards on the big (or small) screen. Instead she is raising her three daughters while trying to manage her ex Charlie Sheen’s misplaced anger.

The Cast of Laguna Beach: Where Are They Now?

Gillian Anderson was a favorite among men when she starred on the weekly television series “The X Files” as Agent Scully. With her fair skin and auburn hair, she was definitely unique looking. Even though she seemed to be trying to transition into movies, her biggest role to date has been that of Scully. Anderson is currently working in television again – she has a role on “The Fall” as Stella Gibson and on “Hannibal” as Dr. Bedelia Du Maurier.

Cast of Legally Blonde: Where Are They Now?

Sharon Stone was Hollywood’s newest “It” girl when she played Catherine Tramell, a brilliant, bisexual, alleged serial killer, in “Basic Instinct.” She reportedly found it difficult to maintain her status in Hollywood following her success with “Basic Instinct” and, after her role in “Casino,” she had a string of box-office bombs. While Stone looks as though she hasn’t aged a day since her breakthrough role, her career hasn’t held up and she’s hardly the sex symbol she once was.

Cast of Bring It On: Where Are They Now?

Carmen Electra first established herself as a sex symbol when she posed nude for Playboy in 1996. When the blue-eyed beauty landed the role of Lani McKenzie on the hit show “Baywatch,” Electra’s sex symbol status was solidified. Although she has continued to appear in movies, her romantic relationships seem to get more press than her professional accomplishments. Electra recently made the news when she tweeted a picture of her and her ex Dave Navarro with their tongues touching.

Cast of How I Met Your Mother: Where Are They Now?

Tiffani Thiessen became famous for her girl next door charm when she starred on “Saved by the Bell;” however, once that show ended, she ditched her good girl image to play vixen Valerie Malone on “Beverly Hills, 90210.” Despite dabbling in film during the ‘90s, her career never took off. Thiessen has since had roles in a string of unpopular television shows, but she currently has a starring role on the USA Network’s breakout series “White Collar.”