Home » Entertainment » Celebrities » Popular Child Stars From The ‘90s: Where Are They Now? 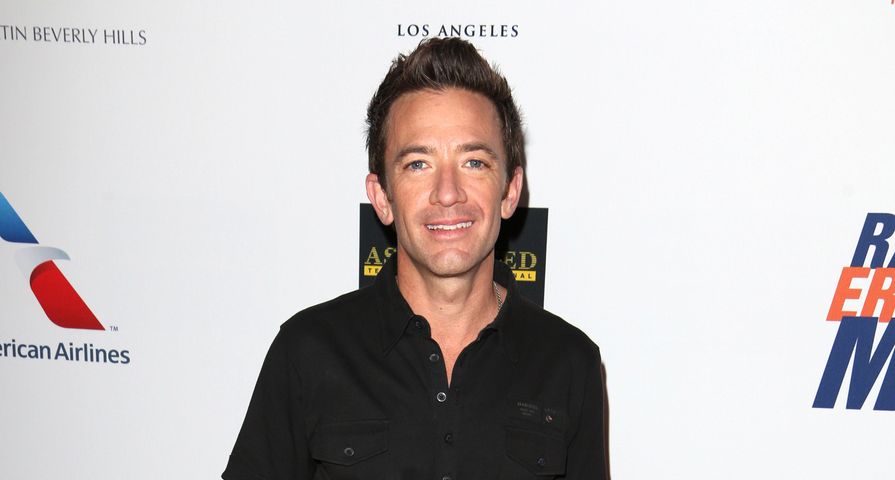 The 1990s were full of child actors that helped shape the popular culture of the decade with mushroom cuts, neon colors, and hair spray. This list takes a nostalgic walk down memory lane to revisit our favorite ‘90s kids and see what they’ve been up to all these years!

We all remember Rider Strong as the hot bad-boy friend of Cory Matthews on Boy Meets World that ran until the turn of the millennium. Since then he’s been a busy boy with roles on television series’ Starship Troopers: The Series, Kim Possible, and Pepper Dennis. He’s also starred in films like Cabin Fever and Erica, Kieran, and Lexi. Recently he’s revisited his role as Shawn Hunter in the spin-off series Girl Meets World, which focuses on the life of Corey and Topanga’s daughter Riley and her days at school with her friends and history-teaching dad! 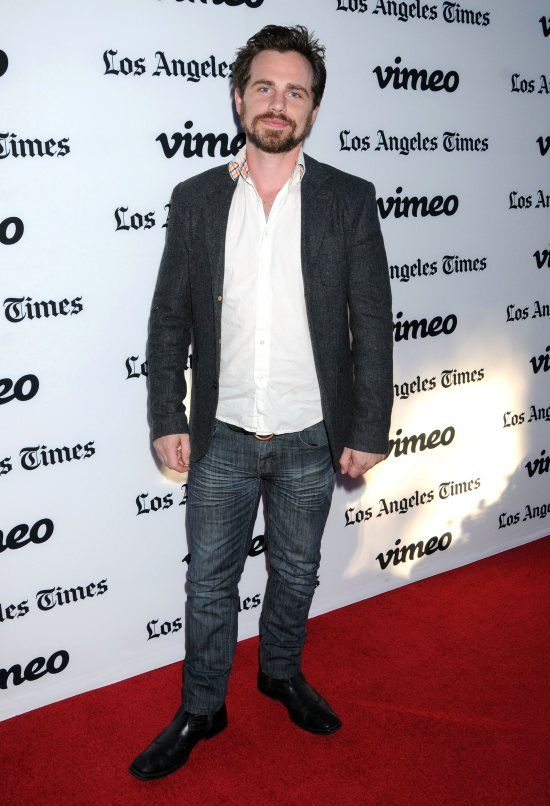 There wasn’t a dry-eye back in the ‘90s when viewers watched this young starlet lose her best friend in My Girl. Since the 2000s, Anna has been involved in several television projects including Cupid and Hannibal, and most recently in the HBO series Veep.  Her performance as Amy Brookheimer in the HBO comedy has earned her three consecutive Primetime Emmy Award nominations for Outstanding Supporting Actress in a Comedy Series. Anna has married Army Reserve member Shaun So, and the couple now have a daughter together. 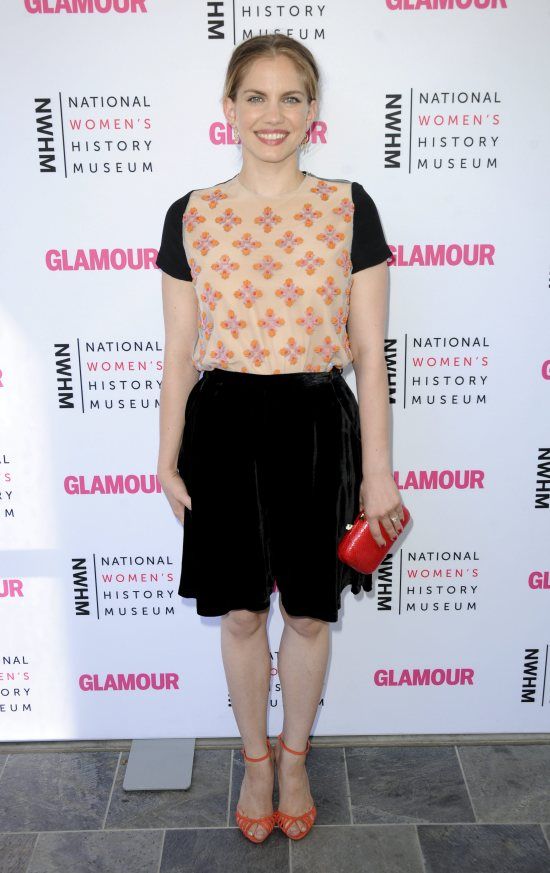 Jonathan Lipnicki played the most adorable little guy in Jerry Maguire and the television series Meego. He also provided the voice of George Little in the animated hit Stewart Little. And while his work as an adult has been less noteworthy, with parts in Motherlover and Yo Gabba Gabba!, this year we will see him on both the small and big screens. He has four films currently in post-production for the year, including Boone: The Bounty Hunter, which is about a fame-seeking reality show bounty hunter who tries to take down a drug lord and his empire. Should be interesting… 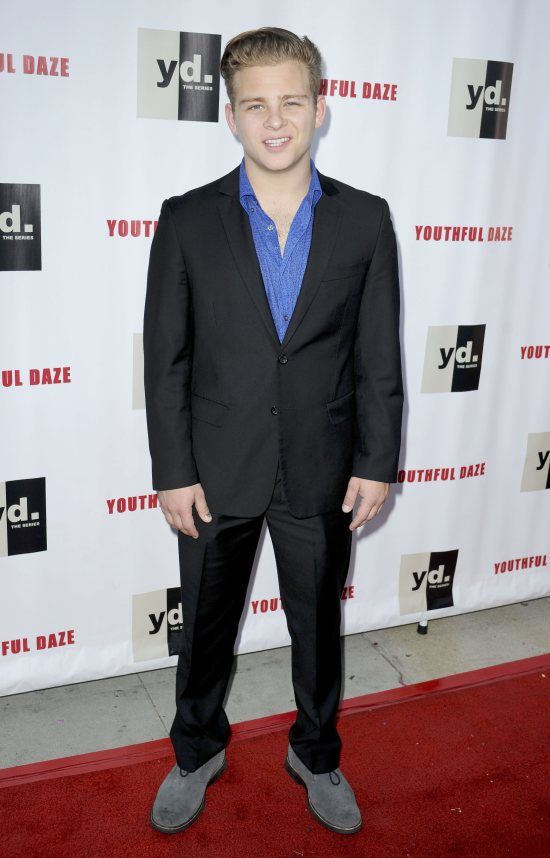 Most people remember these twins from their television series’ Sister Sister and Detention, but they were a staple part of ‘90s television programming, appearing in both Full House and Are You Afraid of the Dark?  After the turn of the millennium, their careers verged down different paths. Tia has been heavily involved in the Bratz franchise, with voicing both television and video games. She’s also been on The Game and Instant Mom. Tamera has been more active, working on the TV series’ Strong Medicine, Roommates, and Things We Do For Love. She was also in the film Redemption of a Dog, about a man with an endless supply of women, who finds one that stands out above the rest. The twins did reunite for roles in The Hot Chick in 2002 with Rob Schneider and for three seasons of their own reality series Tia & Tamera in 2011. 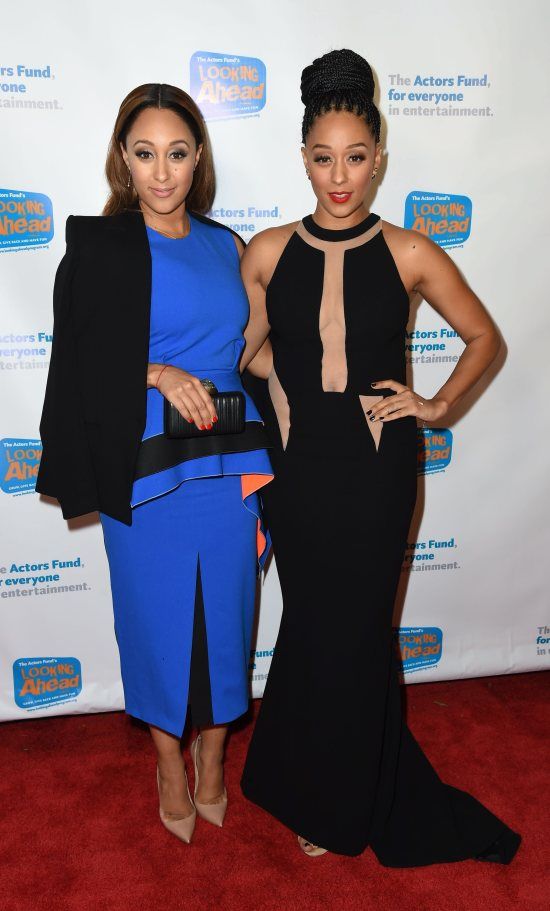 It’s fair to say that Haley Joel Osment’s beginnings were hard to surpass. He traces his roots back to a minor part in the Academy Award winning film Forrest Gump and M. Night Shyamalan’s The Sixth Sense, for which he received a nomination for an Oscar for Best Supporting Actor. He was also subsequently in A.I. Artificial Intelligence, Sex Ed and the television series Comedy Bang! Bang! He is well known in the gaming world for lending his voice to Sora in the Kingdom of Hearts game series. In 2016, we’ll be able to catch him in Sleepwalker, Holding Patterns, Yoga Hosers, and Izzy Gets the F#ck Across Town. 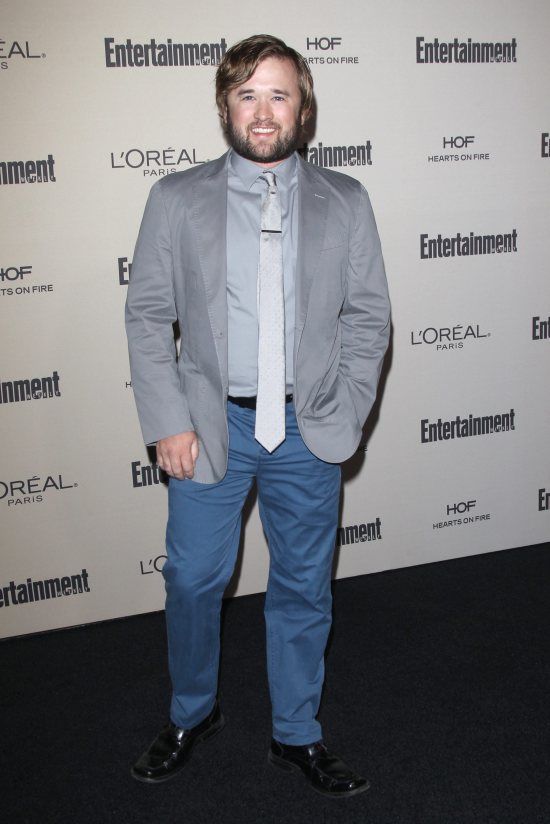 Macaulay Culkin may be the most famous child star of the ‘90s with his lineup of movies, Home Alone, Home Alone 2: Lost in New York, My Girl, and Richie Rich. He’s rated #2 on VH1’s “100 Greatest Kid-Stars” and on E!’s list of “50 Greatest Child Stars.” The 2000’s haven’t seen too much of Macaulay. He did play Andrew Cross in Kings and played himself in the series The Jim Gaffigan Show, but a lot of his time has been spent making music with his comedy/parody pizza-themed band the Pizza Underground.  The band toured in 2014 but after being booed off-stage, after a pretty epic Kazoo solo, they cancelled their U.K. gigs and fell off the radar. In 2016, we’ll be able to see him in Adam Green’s Aladdin and Zoolander 2. 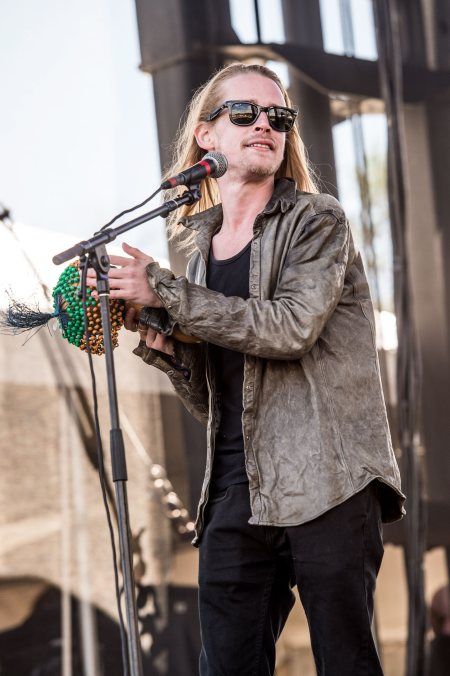 Jenna Von Oy played Six LeMeure on the television series Blossom, and since that time she has had bit parts on television series including Unhappily Ever After and Moesha. She has also been in Pepper Ann, The Parkers, and What’s With Andy?  In 2000, she recorded a demo in an attempt to launch a country music career. Her debut album, Breathing Room, was released in 2007 and received good reviews from the 34 people who commented on iTunes. In 2009, she also released Coffee & Men (An EP for Childish Adults) and with a whopping 8 reviews on iTunes, it seems people like it…so check it out! 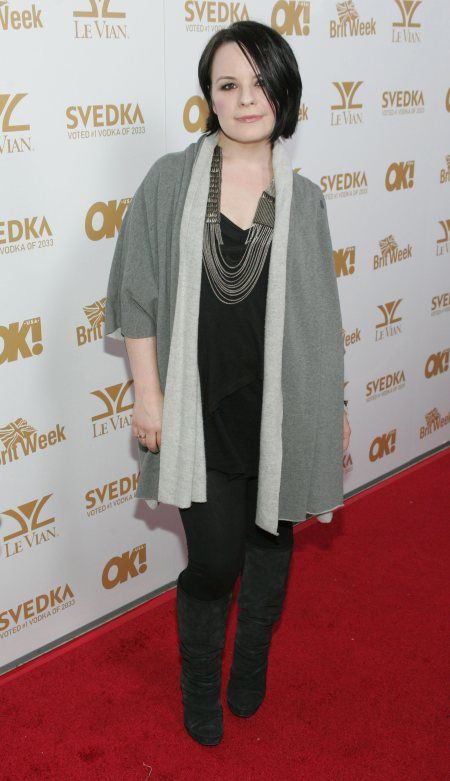 Christina Ricci was a precocious and outspoken young star in the ‘90s and was in everything from The Addams Family flicks, Casper, and Now and Then, but she has fallen off the A-list over the years. After starring in films like Sleepy Hallow and Monster, Ricci moved more into television. She had a recurring role on Ally McBeal and was nominated for an Emmy for her work on Grey’s Anatomy. She was on the brink of reclaiming her former glory when she was given the lead role in the short-lived series Pan Am. The show didn’t find the audience it was hoping for in the US and was cancelled after 1 season, but it was popular in Europe where it won “Best Series” at the Rose d’Or Awards. This year we may be able to check her out in Mothers Day which is currently in post-production. 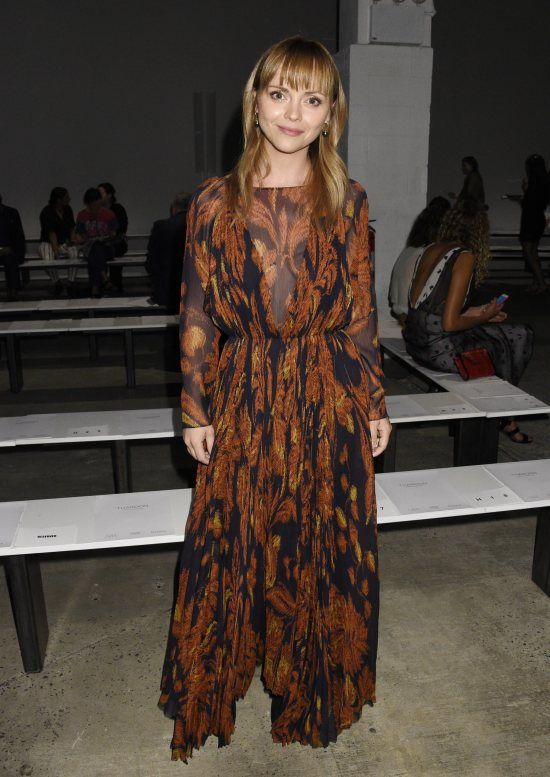 Jonathan Taylor Thomas hasn’t been in a feature film since 1999, but boy do we remember that cute little face from his Home Improvement days! And the child star had seemingly made it huge when he was a part of the Disney film The Lion King as the voice of young Simba. But the life of celebrity wasn’t all it’s cracked up to be for JTT and most of his work in the biz has been in voice over or in TV movies. Jonathan Taylor Thomas did reunite with his Home Improvement co-star, Tim Allen, in a few episodes of Last Man Standing, but most of his focus has been on his studies. He attended both Harvard and Columbia! 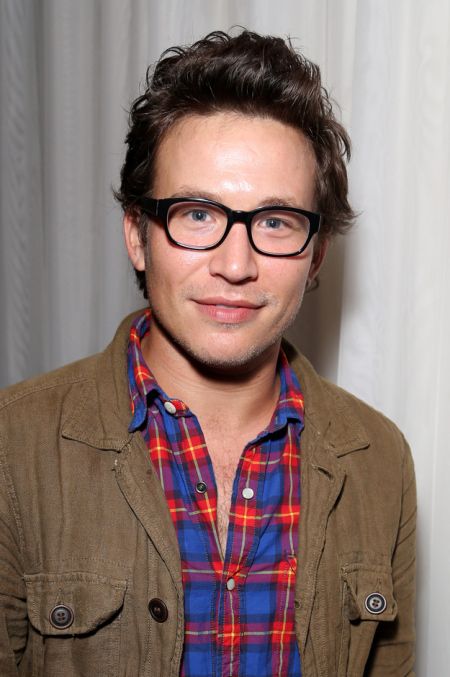 David Faustino has a long history in the biz, making his acting debut at the ripe old age of 3 months old on the Lilly-Tomlin-Special. And it wasn’t long before some sweet gigs on Family Ties and The Love Boat landed him the role of Bud on Married with Children—a character he’d play for the next decade. Within the past 5 years, Faustino has been involved with voicing many television series including characters on Winx Club: Beyond Believix, Dragons: Riders of Berk, The Legend of Korra, and Dragons: Race to the Edge.  In 2015, he was also in the film The Night Before, which finished fourth at the box office during its opening weekend behind The Hunger Games: Mockingjay—Part 2, Spectre, and The Peanuts Movie. 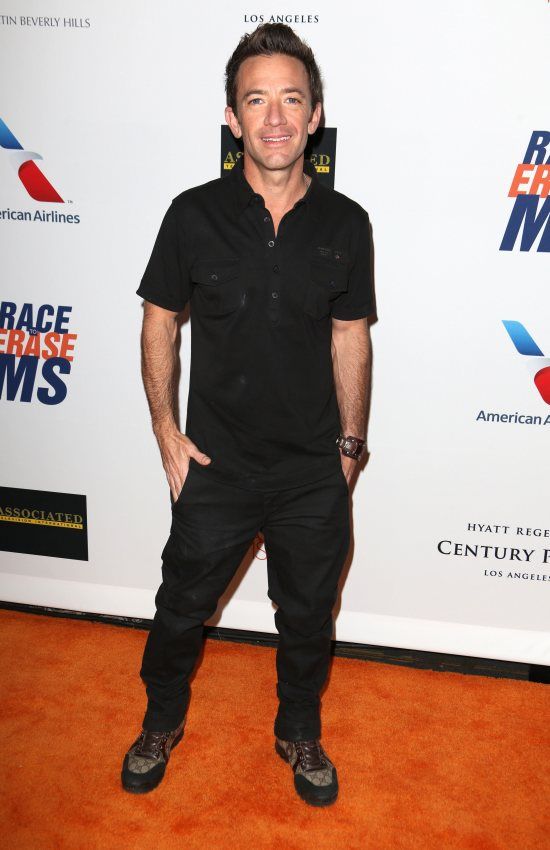