8 Forgotten TV Stars From The ’90s 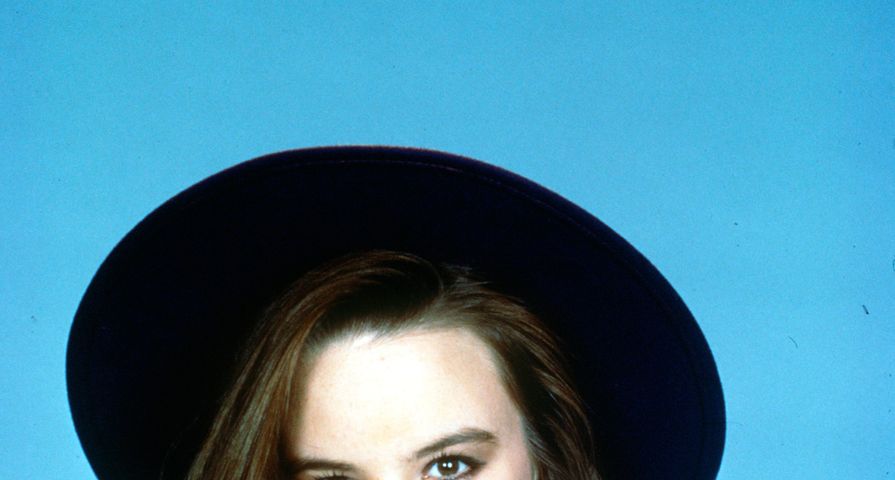 The ‘90s brought with it some great shows and some amazing stars. While some of them are still relevant today, there are plenty of others who just faded into oblivion once their hit show came to end. We guess they just didn’t have what it takes to be an A-list star or maybe Hollywood is just a really fickle place. We have a list of 8 forgotten TV stars from the ‘90s and what they’ve been up to since they started flying below the radar:

David Faustino is primarily known for his role as Bud Bundy on the popular show Married…with Children. Since the Fox series ended, he has worked steadily, but mostly as a guest star on TV shows like The X-Files, Entourage and Modern Family. His biggest role since Married has been on the animated show The Legend of Korra where he voiced the character, Mako. Currently, he’s the host of Old Scratch Radio.

Meredith Monroe’s biggest role to date was as Andie McPhee on the teen drama Dawson’s Creek. Since the series ended, she has been acting steadily. Her biggest post-Creek role has been as Haley Hotchner on Criminal Minds, but she’s also appeared on Hart of Dixie, Californication and Bones. As of 2014, she hasn’t been seen on-screen, so it is unclear what she’s up to now.

Larisa Oleynik was a teen idol in the ‘90s because of her starring role on the children series The Secret World of Alex Mack. While she continued to act through the ‘90s in films like The Babysitter’s Club and 10 Things I Hate About You and in the show 3rd Rock from the Sun, she seemed to drop off the map after this. Since the ‘90s, she has continued to act in both film and television, but she hasn’t had any major roles. Her biggest parts have been as recurring characters on shows like Mad Men, Hawaii Five-0 and Pretty Little Liars.

Amy Jo Johnson’s star began to rise when she landed the role of the Pink Power Ranger in the popular series Mighty Morphin Power Rangers and she gained further recognition when she got the part of Julie Emrick on The WB series Felicity. After that, her career really cooled down. She had main cast roles in The Division and Flashpoint, but she hasn’t been on-screen since 2014. Perhaps, she prefers to work behind the camera. She has directed and produced two short films, Bent and Lines, which were both acclaimed.

Zachery Ty Bryson is best known for his role as Brad Taylor on Home Improvement. Since the show ended back in 1999, he’s had some roles in movies like Rustin and Annapolis, as well as several guest parts in shows including Buffy the Vampire Slayer, Smallville and Cold Case; however, he hasn’t had a role on camera since 2009 because he’s been working as an independent film producer. He has his own company, Vision Entertainment Group, which he started with CSI writer Adam Targum in 2009.

Lark Voorhies will always best be known for playing Lisa Turtle on Saved by the Bell. While she continued to act throughout the ‘90s in shows like Days of Our Lives, The Bold and the Beautiful and In The House, she turned to indie films in the 2000s; however, the last film she appeared in was Little Creeps and that was in 2012. She’s also been busy writing. Since 2010, she’s self-published three books: Reciprocity, Trek of the Cheshire and A True Light. One of the reasons that she hasn’t been in front of the camera might be that she is suffering from Lupus. She wrote a note in December 2015 on Instagram about her struggles with the autoimmune disease.

Tatyana Ali was on top of the world when she starred on the TV sitcom The Fresh Prince of Bel-Air. After the sitcom went off the air, she experienced some success as an R&B singer. She released her first single, Daydreamin’ in 1998, which peaked at No. 6 on the Billboard Hot 100 and on the UK Singles Chart and was certified Gold in early 1999. Although she kept acting after The Fresh Prince finished its six-season run, it was mostly in forgettable films and single episode guest parts. Her biggest role since the ‘90s has been in The Young and the Restless. She had a recurring role as Roxanne from 2007 to 2013.

Jenna von Oy rose to fame because of her role as Six LeMeure on the sitcom Blossom. When the series ended, she briefly studied film at the University of Southern California, but dropped out to focus on her acting career. In 1999, she was cast as Stevie van Lowe on The Parkers and then provided the voice of Trinket St. Blaire in the animated series Pepper Ann. In addition to acting, she’s also launched a country-singing career; however, nothing she’s done since Blossom has brought her the same level of fame.