Style Icons From The ’90s That Are Still Relevant Today 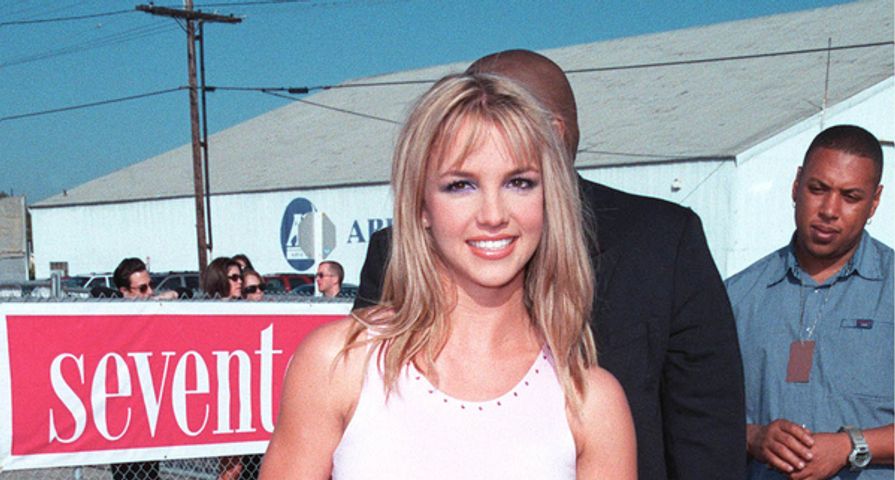 The ‘90s were filled with some of the world’s most influential style icons and in 2018 we’re slowly realizing that their outfits are more relevant than ever. Trends have a way of eventually making their way back to the mainstream and ‘90s fashion has definitely seen a resurgence with millennials in recent years. From Courtney Love’s grunge vibes to Britney Spear’s preppy pop princess style, follow along for 12 ‘90s style icons that we can still look to for inspiration today:

Winona Ryder was the absolute master of cultivating the gothic glam look in the ‘90s. Her street style looks often consisted of grungy combat boots, band tees, and classic leather jackets while her red carpet wardrobe featured a variety of little black dresses. Her hair was consistently tousled and lipstick dark, which gave her an effortless yet edgy look that everyone in the ‘90s wanted to mimic.

Drew Barrymore was thrust into the Hollywood scene at a young age, which means we’ve seen quite the wardrobe transformation throughout the years. During the ’90s, however, she was one of fashion’s it-girls and everyone wanted to know where she was going and what she was wearing. The key to Barrymore’s look was her innocent baby face paired with surprisingly rebellious fashion choices. Chokers, slip dresses and platform heels were all part of her go-to ‘90s uniform.

Liv Tyler was everyone’s style muse in the ‘90s and she was adored for her confident way to pull off even the most eccentric outfits. Her looks were anything from basic often pairing feminine with edgy such as a preppy plaid skirt paired with chunky combat boots and a dark brown lip. One of her style peaks was her 1995 film Empire Records which was a huge hit at the box offices and with ’90s fashion enthusiasts.

Courtney Love was THE it-girl when it came to ‘90s grunge. Thrift store flannels, tights with holes and smudged makeup were all a huge part of her aesthetic and a key component in her arsenal of edgy and boundary-breaking outfits. Tiaras, crushed velvet, and leather-everything came in no shortage when it came to Love’s ’90s grunge style.

Madonna has gone through quite a few phases when it comes to her style throughout the years, but one thing all her looks have in common is that they’re definitely not conventional or predictable. From cone bras to fingerless gloves, you can never predict what Madonna is going to do next, even decades later in 2018 she still remains true to her original theatrical sense of style.

The Spice Girls band members are the epitome of ‘90s fashion. Each girl had a slightly unique take on the trends of the decade, but the group as a whole were some of the biggest trendsetters of the generation. PVC accessories to platform shoes — you can bet that a Spice Girl wore every ‘90s trend under the sun at least once, no matter how outrageous!

Britney Spears was a refreshing breath of fresh air in the ‘90s with her ultra-girly pop princess style. Her look often played on the fine line between innocence and sultriness with her signature look consisting of cropped tops and miniskirts paired with pigtails and frosted lipstick. Aside from her red carpet style, her music video looks are also iconic in themselves like her Catholic school girl uniform from “Baby One More Time” and her red latex catsuit from “Oops I Did it Again.”

Gwyneth Paltrow has been through quite a few phases when it comes to her fashion, but her throwback ‘90s style from the days that she was Brad Pitt’s girl is definitely worthy of note. Her signature ‘90s look capitalized on being slightly disheveled and undone, whether it be leaving her hair in bed head waves or rocking converse that have had their fair share of wear.

Many may overlook Sarah Jessica Parker’s ’90s style from before she took the screen as Carrie Bradshaw’s in Sex and the City circa ’98, but in 2018, we can look back and realize that it’s more relevant than ever. Her laid-back wardrobe consisted of her go-to John Lennon circle sunglasses, slinky slip dresses and of course, her infamous mop of curly blonde locks. Her style prior to playing Carrie Bradshaw was actually quite understated and simple with clean lines, which is exactly what made it iconic!

Cameron Diaz is another Hollywood starlet who hit a peak in her style during the ’90s. Her take on the trends was slightly more feminine and girly, which meant she often opted for colored eyeshadow, crimped hair and body-skimming silhouettes. At her core, Cameron Diaz has always been a low-key Cali girl and her effortless fashion has consistently reflected that regardless of the decade.

Jennifer Aniston played the ultimate girl-next-door when she took on the role of Rachel in the hit ’90s show Friends. The show launched Aniston into mega-stardom where everyone wanted to mimic her casual New York city looks — baby tees, plaid skirts, and coveralls were just a few of her go-to looks. The Jennifer Aniston phenomenon transcended from that of her on-screen style into the event scene as well where she was known to take over the red carpet in memorable and chic little black dresses.

It wouldn’t be a ’90s fashion roundup without fondly remembering the legendary style icon Kate Moss. The world-renowned supermodel defined the decade with her cool-girl style that was both stylish and effortless all at once. She was a pioneer for some of the biggest trends of the ’90s and had the slim, slender body to pull off nearly any look. From street style, to runway, to the late-night party scene, her laissez-faire ’90s style is as relevant as ever and a huge inspiration for many budding designers in 2018.