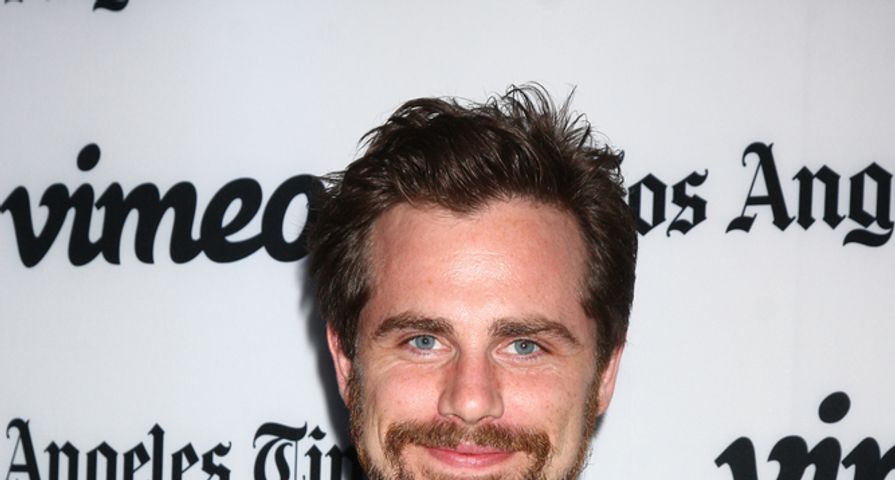 The ‘90s came and went in the blink of an eye and, when they left, they took all of the actors we came to know and love with them. It seems as though every decade brings with it new actors and actresses but we can’t help but wonder what happened to our favorite faces from way back when. Rather than let many of these talented actors completely fade into oblivion, we’ve decided to see what they’ve been up to. Here are 15 of your favorite – but forgotten – actors from the ‘90s!

Scott Wolf became a teen sensation when he starred on the hit television series Party of Five as Bailey Salinger. Since the series ended, he has had leading roles on television shows like Everwood, The Nine and Perception. He currently has a recurring role on The Night Shift; however, his main focus these days is his family. He has been married to Kelley Limp, an alumna of MTV’s The Real World: New Orleans for over a decade. The couple has three children together, Jackson Kayse, Miller William and Lucy Marie.

Fred Savage became famous when he had a starring on The Wonder Years role as Kevin Arnold. These days, he mostly works behind the scenes. He has directed episodes for a number of television series, including Boy Meets World, That’s So Raven, Hannah Montana and Wizards of Waverly Place. He has also produced several episodes of It’s Always Sunny in Philadelphia, Friends with Benefits, Party Down, Phil of the Future and Happy Endings and he made his film directing debut with Daddy Day Camp. He is married to his childhood friend, Jennifer Lynn Stone, with whom he has three children.

Ben Savage – brother of actor Fred Savage – is best known for his role as the lead character, Cory Matthews, on the hit sitcom, Boy Meets World. He also appeared in the show’s spin-off series, Girl Meets World, and directed some of the episodes, which he was really excited about. “It was a natural progression because I had always wanted to direct and I felt such a personal connection to the show,” he said. “It was an important piece of my life really. Directing was a natural next step for me and it’s something I was looking forward to doing.”

Rider Strong received widespread recognition in the ‘90s when he starred on the ABC series Boy Meets World as Shawn Hunter. Unfortunately, his acting jobs have been pretty sporadic since the series ended. He was in the movie Cabin Fever and, with his brother Shiloh, he wrote and directed the short film Irish Twins. Strong reprised his role as Shawn Hunter on the spin-off series Girl Meets World and he is currently married his longtime girlfriend Alexandra Barreto, who he met while filming the 2006 television series Pepper Dennis. Together they have one son, Indigo “Indy,” who was born in December 2014.

Jason London is best known for his role as Randall “Pink” Floyd in the hit film Dazed and Confused. He also had roles in films like Broken Vessels, $pent, the NBC miniseries Jason and the Argonauts and Poor White Trash. London’s legal issues are the only reason he gets press nowadays. In January 2013, he was arrested for assault and disorderly conduct after he got into a fight at a bar in Scottsdale, Arizona. On the night of his arrest, he became belligerent towards offices, made homophobic slurs before he soiled himself in the back of the police car.

Andrew Keegan was a teen heartthrob in the ‘90s and an in-demand actor. He had recurring roles on Full House, Party of Five, 7th Heaven, Related, Step By Step, Sabrina the Teenage Witch and The Amanda Show, and was a regular on the final season of Thunder Alley. He also had a starring role in the movie Camp Nowhere and is probably best known for his part in the movie 10 Things I Hate About You, which starred Julia Stiles, Heath Ledger and Joseph Gordon-Levitt. These days he flies well below the radar. His most recent role was in the movie Living Among Us as a sadistic and sociopathic vampire.

Matthew Lawrence was a pretty busy young actor in the ‘90s. He had a feature role in the movie Mrs. Doubtfire and in the television series Superhuman Samurai Syber-Squad and he also had starring roles in the shows Brotherly Love and Boy Meets World. Since then it has been mostly TV films and the odd guest appearance on a sitcom. Matthew has guest starred on his brother Joey’s ABC Family sitcom, Melissa & Joey and the Boy Meets World spin-off series Girl Meets World, but something tells us that he has mostly given up on Hollywood.

Joey Lawrence became a teen heartthrob thanks to his roles on the TV series Gimme a Break, Blossom and Brotherly Love. He has since had a number of recurring roles on television shows like American Dreams, Run of the House and Half & Half and he had a starring role on the ABC Family sitcom Melissa & Joey, alongside Melissa Joan Hart. He is married to Chandie Yawn-Nelson who he met while the two of them were teenagers and they have two daughters together.

Devon Sawa got his big break in the movie Casper alongside a young Christina Ricci. He also starred in Wild America, Idle Hands, SLC Punk! and Final Destination. One of the last times we really remember seeing him was when he played the title character in Eminem’s music video for “Stan.” Although he went from a recurring character on Nikita to a series regular, his acting jobs have been sparse. He’s currently married to Dawni Sawa. They have two children together, Hudson and Scarlett.

Jonathan Taylor Thomas was a big star in the ‘90s and a teen idol. He had a starring role on Home Improvement; however, after several years on the show, he left to focus on his academics and he never looked back. After graduating high school, he studied Philosophy at Harvard University, spent a year studying abroad at St. Andrews University in Scotland and graduated from Columbia University in 2010. His most recent role was as a guest star on Last Man Standing, but he seems more interested in leaving acting behind and focusing on writing and directing.

Andrew Shue is best known for his portrayal of Billy Campbell on the hit soap opera Melrose Place. After leaving the show after six seasons, he appeared in the film The Rainmaker and, in 2007, he worked on the film Gracie. Shue has since co-founded “Do Something,” a thriving social action organization aimed at youth and he is also one of the visionaries behind “CafeMom,” a chat-based site for moms on the web. He is married to Amy Robach, an ABC News correspondent and regular substitute anchor on Good Morning America.

In the ‘90s, Chris O’Donnell was featured in a number of successful movies, including Fried Green Tomatoes, School Ties, Scent of a Woman, Circle of Friends, Mad Love, Batman Forever and Batman & Robin. Unfortunately, after Batman & Robin bombed at the box office, his career has slowed down considerably. He currently has a lead role as an undercover agent on NCIS: Los Angeles; however, his film career has more or less stalled. The one thing O’Donnell does have that many successful stars don’t is a happy 20-year marriage and five lovely children.

Eddie Furlong looked like he was headed for big things in the ‘90s. He had a lead role in Terminator 2: Judgment Day, Brainscan and American History X, which was critically acclaimed. At the end of the 90s, however, his career and popularity declined considerably and most of his subsequent films were released straight to DVD. Furlong has allegedly been battling a heroin and cocaine addiction for years, which is said to be the reason why his career got derailed. In 2013, he was in court pleading no contest to a domestic violence charge that stemmed from an altercation he had with his ex-girlfriend.

Luke Perry became a teen idol in the ‘90s when he starred on the hit show Beverly Hills, 90210 as Dylan McKay. Even though a couple of decades have past since the show premiered, he is well aware that he will always be remembered for his portrayal of that character. “I’m going to be linked with him until I die, but that’s actually just fine. I created Dylan McKay. He’s mine,” Perry said. Since the ‘90s, he has guest starred on a number of television shows, including Will & Grace, Windfall and Law & Order: Special Victims Unit. He made a comeback in 2017 with the hit teen series Riverdale as Fred Andrews, the father to Archie Andrews. Unfortunately, the world lost an icon when Perry passed away on March 4, 2019 after suffering a massive stroke. He was 52.