Home » Entertainment » TV » Cast Of Mad About You: How Much Are They Worth Now? 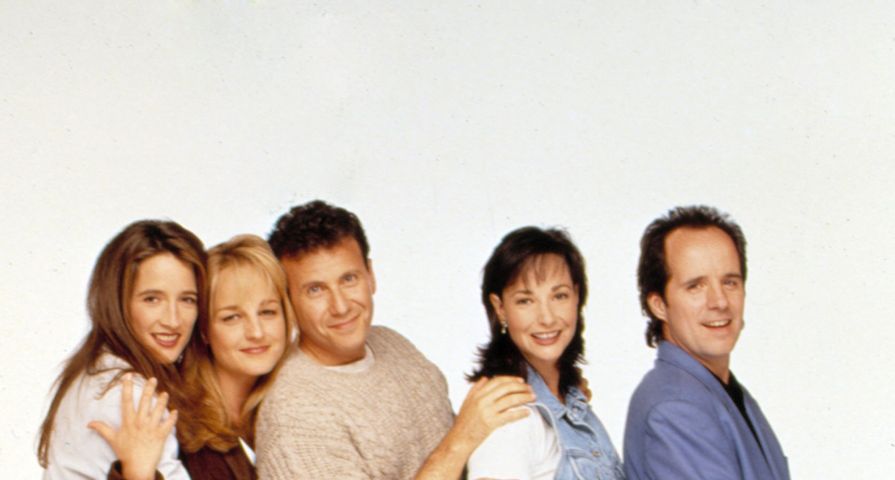 Mad About You was a popular sitcom that ran on NBC from 1992 to 1999 and starred Paul Reiser and Helen Hunt as newlyweds Paul Buchman and Jamie Stemple Buchman. The series was so popular it ended up winning four Golden Globes including one for Best Television Series and three for Best Performance by an Actress in a Television Series – Comedy or Musical for Helen Hunt. It also won an incredible 12 Primetime Emmy awards and it is safe to say it is one of the most missed sitcoms from the ’90s. Take a look at how the cast has fared with this list of how much they are all worth now!

Estimated Net Worth: $5 Million. Jeff Garlin is an all around entertainer who is known in the industry as a comedian, actor, writer, director and voice actor. After beginning his acting career in 1983, he has become a familiar face to audiences including his 14 episode run on Mad About You as Marvin. He is also best known for his roles in Daddy Day Care, Curb Your Enthusiasm and The Goldbergs, but also for his voice work in Toy Story and WALL-E. Overall, Garlin’s various work in the industry has made the star a very respectable estimated net worth of $5 Million.

Estimated Net Worth: $70 Million. Hank Azaria has found success in a lot of ways in Hollywood. For many fans he is best known for his work on the longtime series The Simpsons for which he voiced many characters including Moe, Chief Wiggum and Carl — just to name a few. He was also known for his on-screen roles in things such as Godzilla, Mad About You, Friends, and Huff. Most recently he appeared in the series Ray Donovan and is currently filming a new show, Brockmire. He can definitely afford to be picky about his roles, however, as he has an estimated net worth of $70 million.

Estimated Net Worth: $70 Million. Lisa Kudrow’s stardom is of course linked back to her starring role as Phoebe Buffay for all 10 seasons of Friends, but that has an interesting connection to Mad About You. Before Friends, Kudrow starred as Ursula Buffay on Mad About You. They then crossed the shows over when Ursula appeared in a few episodes of Friends! Kudrow is also known from her film roles in Anaylze This, Analyze That and Easy A and has made a very impressive estimated net worth of $70 million.

Estimated Net Worth: $3 Million. Judy Geeson is a very talented actress who started her career back in 1962. Over the years she has appeared in numerous roles through several films and television series. Through her career she has racked up 98 acting credits to her name and is best known for films such as To Sir, With Love, The Lords of Salem, and 10 Rillington Place. She also appeared through 32 episodes of Mad About You as Maggie Conway. Geeson now works less, but has a very comfortable estimated net worth of $3 million.

Estimated Net Worth: $2.5 Million. Richard Kind began acting back in 1985 and now has an incredible 198 acting credits to his name! He has appeared in many projects including Carol & Company,  The Commish, and A Whole New Ballgame and portrayed Dr. Mark Devanow through 37 episodes of Mad About You. He is best known, however, for his voice acting in the hit animated films A Bug’s Life and Inside Out as well as his role as Paul Lassiter on Spin City. Most recently Kind has been scene in the series Gotham and Red Oaks and has earned an estimated net worth of $2.5 million.

Estimated Net Worth: $1 Million. Louis Zorich is a stage actor, on-screen actor and musician and has appeared in many productions over his time in the industry. He is best known for his work in Ryan’s Hope, Brooklyn Bridge, Detachment, Fiddler on the Roof, and of course as Burt Buchman in Mad About You. Now, Zorich has an estimated net worth of $1 million.

Estimated Net Worth: Unknown. Cynthia Harris began her career in 1968 and is known from her roles in Sirota’s Court, Edward & Mrs. Simpson, L.A. Law, 3 Men and a Baby and of course Mad About You as Sylvia Buchman. Harris’ last credited role was in 2007’s I Do & I Don’t, and despite many roles, her estimated net worth remains unknown.

Estimated Net Worth: $1.5 Million. Anne Ramsay began acting in 1981 and got her big break in the TV mini-series Something Is Out There in 1988. From there she appeared in shows such as Star Trek: The Next Generation, and Dellaventura and films such as A League of Their Own. She starred in Mad About You as Lisa Stemple, and has since appeared in The L Word, Six Feet Under, Dexter, The Secret Life of an American Teenager and most recently Hart of Dixie. Overall, Ramsay now has an estimated net worth of $1.5 million.

Estimated Net Worth: Unknown. Despite workig as an actress rom 1989 to 2003, Leila Kenzle only has 28 acting credits to her name. She is best known for her roles in films such as The Hot Chick, White Oleander, and Identity, but is best known for her starring role on Mad About You as Fran Devanow. With only a few roles, Kenzle’s net worth remains unknown.

Estimated Net Worth: $3 Million. John Pankow is a well known actor who first became known from his role in the series The Days and Nights of Molly Dodd. For most fans, Pankow’s most memorable role was as Ira Buchman through the entire Mad About You series, but most recently he has appeared in popular shows such as Lucifer and Episodes and has made an impressive estimated net worth of $3 million.

Estimated Net Worth: $55 Million. Helen Hunt was born into show business with parents who both worked in the entertainment industry. She began as a child actress in the ’70s with roles in The Mary Tyler Moore Show, The Bionic Woman, and The Swiss Family Robinson. Hunt is also known for her roles in It Takes Two, Only You, Twister, As Good as It Gets, and What Women Want. For many fans she is best known from her starring role as Jamie Stemple Buchman in Mad About You, and has done very well for herself with an estimated net worth of $55 million.

Estimated Net Worth: $40 Million. Paul Reiser has found success as an author, stand up comedian, and actor. After getting his start in stand up comedy, he got his acting break in the 1982 film Diner and went on to appear in Beverly Hills Cop, Aliens, My Two Dads, and of course Mad About You as Paul Buchman. Most recently he appeared in the series Red Oaks and has padded his wallet with an estimated net worth of $40 million.