10 Things You Didn’t Know About Hanson 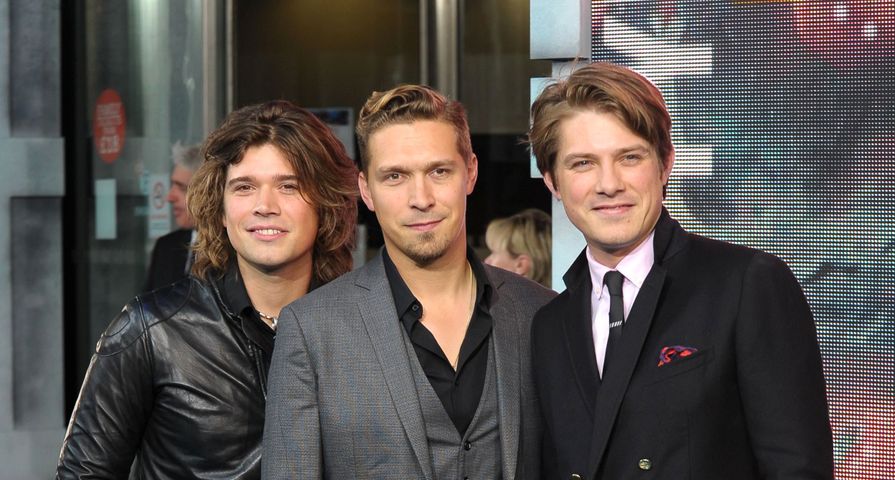 Everybody remembers “MMMBop” and who wasn’t obsessed with the young brothers that lit up the stage with their infectious lyrics and blonde mops? But the brothers have actually continued to make music over the years, and we’re taking a look at the top 10 things you didn’t know about these talented lads from Tulsa, Oklahoma.

Back in 2006, the youngest member of the band, Zac, tied the knot with girlfriend Kathryn Tucker. A little tidbit of information that many people might not be unaware of is that Zac was a virgin until his wedding night! “Everybody’s got their own preference. I’m not telling everybody ‘Don’t go have premarital sex.’ I’m just saying that I didn’t, and that seemed like the right thing to do for me,” he said. He’s a man with principals — there’s nothing wrong with that!

9. They Have Their Own Beer

Alright, well this one is exciting! The brothers’ continued to cash in on the success of their smash hit “MMMBop” by launching their own business venture. They created a beer called “MMMhops.” Clever! In order to create and develop their brew, the boys partnered with the craft beer company Mustang Brewing. They took their first swigs in celebration of their 21st anniversary as a band, and shared their concoction with guests attending The Hangover 3 movie premiere. Taylor Hanson was sure to speak up against potential criticism though. “It’s not about people going and getting drunk it’s about making things, it’s about building things, it’s about creating something that’s your own.”

8. They Started a Music Festival

What goes better with beer than great tunes? Well it seems that the boys of Hanson agree. It’s a celebration of their own brew. The lads also started the music festival called Hop Jam! In spite of their role in its formation, the festival isn’t about showcasing their own music. Zac explained, “It’s like this: It’s not an annual Hanson show. It’s an annual Hanson party. That means we want to take the stage a lot, but we want to be able to mix it up and add variety. You don’t want people to take it for granted. New beer, new bands, bigger footprint.”

7. Taylor Has an Epic Side Project

Taylor Hanson is probably the best-known of the brothers and in an attempt to launch his success to new heights, he launched a separate music project with fellow band members from The Smashing Pumpkins, Fountains of Wayne, and Cheap Trick. The amalgamated band is known collectively as Tinted Windows. The power pop quartet has only released one album to date, but received critical praise. Maybe Taylor’s future lies with his ‘super group.’

6. The Boys Have a Sense of Humor

The fans of Hanson are probably best described as “pop-music fans,” but the fellas of the group decided to bring it for April Fools! They released a cover of “Wait and Bleed” by the super-heavy costume-wearing metal group Slipknot! To add to the prank, the website Shockhound also claimed that Hanson would be releasing a whole album of Slipknot cover tunes! Well-played boys!

It’s hard to picture the boys from Hanson having kids—to most of us, they will always be the young performers of “MMMBop.” But alas, age comes to us all, and Isaac, Taylor, and Zac are no exception! Isaac and his wife have two sons and a daughter; Taylor and his wife have three sons and two daughters; and Zac and his lady-love have two sons and one daughter! Is it just me or are these guys procreating a full orchestra?

So most of us crush on members of bands and it’s our ultimate fantasy to show up to the concert and magically have that dreamy guitar-playing hunk lock eyes and pick us out of the flowing stream of fans to be his one and only. Well that’s exactly how Isaac met his wife, Nicole Dufresne! She was a simple concert-goer, and Isaac spotted her in the fifth row of the crowd at Hanson’s 2003 New Orleans show! Say what? Dreams really do come true!

3. They Teamed Up with Katy Perry

Katy Perry’s “Last Friday Night (T.G.I.F.)” was a wildly successful #1 hit, and to boot, the music video that accompanied it was unforgettable! The video features appearances by many notable musicians like Rebecca Black and Debbie Gibson, and of course, our pals, Hanson! They guys appear just in time to bring the bridge with Kenny G and keep the dance party going! Musicians are always welcomed guests on Friday nights!

2. They’ve Been the Subject of a Documentary

In 2016, Hanson released a promotional EP titled “Loud & Play,” currently available for pre-sale orders. The vinyl record is limited edition and comes in a “Loud Play” package with a Taylor-signed photo of ‘the making of’ and a Zac-signed painting print of some retro-inspired guitars! The EP features five brand new songs recorded in part at HansonDay 2016. The digital download will be available later this year and we can’t wait to hear what the boys have been up to!