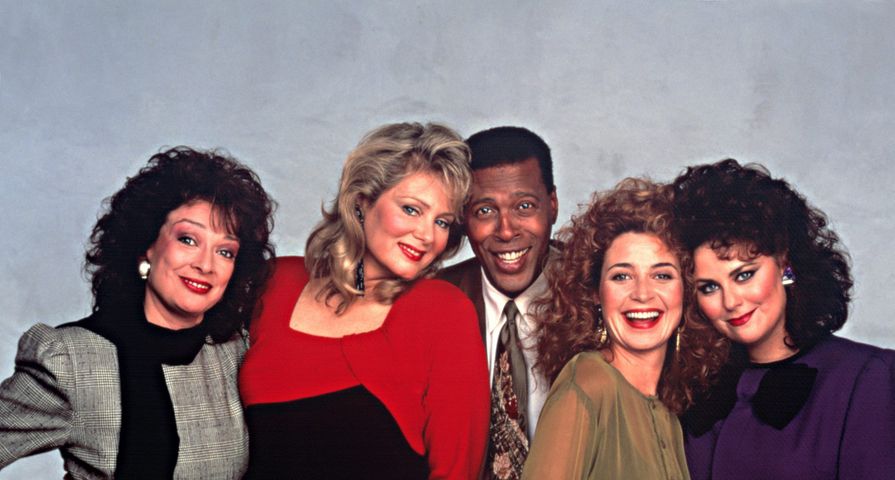 With all of these revival shows currently in the works, we couldn’t help but think about some of those forgotten shows that deserve their own revival series or, better yet, their own movies! Think about that for a second. It’s actually kind of a genius idea to hit that tender nostalgic nerve with people while at the same time taking them somewhere new and exciting with a story or characters and setting that still feels like home to them. Man, sign us up because that sounds pretty darn good!

So, The Wonder Years may have started in the late ’80s, but it went solidly for six seasons well into the mid ’90s. The Wonder Years looked back at growing up as an adolescent in the ’60s and ’70s from such a vulnerable and personal point of view, we really can’t help but wonder what this series would look like in today’s film world. And more importantly, who the heck would they cast as Kevin and his beloved sometimes girlfriend, Winnie Cooper?

From the first episode of That ’70s Show, we knew we were watching something fun and unique that actually made us laugh. What was truly special about this show was how it was able to take us back into the ’70s without it being a bit too much while at the same time keeping up with interesting storylines and believable character developments. And wouldn’t it be so fun to see just who they could cast as a young and impressionable Jackie to the dumb but oh-so-hot Kelso (originally played by now married Mila Kunis and Ashton Kutcher).

Do you remember all the feels Party of Five would bestow upon us on a weekly basis back when it debuted in ’94? This television show had such a serious premise, a family of five siblings being orphaned when their parents are killed in a car accident and being left to basically raise each other (the eldest son Charlie does step in, but we all know he wasn’t the most responsible). We’d love to see a modernized yet still super angsty and reflective movie in this day in age with people like Logan Lerman and this year’s most vulnerable new comer Brit Bel Powley (from The Diary of a Teenage Girl) playing siblings.

The Nanny was such a fun television show for a number of reasons. The primary one being that they perfectly cast Fran Drescher as the very lovable Fran Fine to the rich but very handsome widower of three Maxwell Sheffield (played brilliantly by Charles Shaughnessy). This hit show would be fun to see on the big screen because it would be cool to see it completely modernized and perhaps have the starring role be played by a young and down on his luck twenty-something guy as the caretaker for a super successful single mother.

We’re not exaggerating when we say that the world loves a good medical drama. I mean, come on – there was a good reason this show lasted 15 seasons. Also, this was the show that brought us a young and handsome George Clooney and seamlessly connected and weaved the emergency room drama and personal lives of the medical staff at a hospital in Chicago. Take that to a different city perhaps and incorporate a good mix of younger and more senior actors and you could definitely make an interesting movie.

There’s not enough genuinely good teen movies nowadays. Often times they’re too contrived and full of stereotypes and that’s one thing that was so refreshing in 1998 when Dawson’s Creek came to our television sets because it was filled with a group of young people who felt like real teenagers and the story-telling showed the true ups and downs of first love and complicated friendships. Take the story of a kid with big dreams living in a small town who’s bound to fall for the girl (or guy) down the creek, and you’ve got yourself a surefire feel good movie.

Another thing we’ve learned over the last few years is that the world loves a good paranormal mystery or horror film. The true niche with the Unsolved Mysteries television series was that it was supposed to be taken from real life mysteries and through renactments and interviews did the audience truly get a glimpse into what was going on. We really enjoyed more of the accounts based around freaky UFO spottings, so we think going that route with a modern twist with all the technology we have nowadays would make a fun feature film.

Has there ever been another show out there that only last for two seasons and yet over twenty years later it still has one of the largest cult followings to ever exist? Lucky for us, this one is returning for a limited series on Showtime in 2017 and many of the original cast members, including Kyle MacLachlan, will be returning. While that might quench our thirst for a little while, we’d be even happier if they could film a movie too so that, after the revival series airs, the story could keep on going!

Call us crazy, but couldn’t you totally see someone like Scott Eastwood or Liam Hemsworth totally putting our film watching habits to shame with their hot bods combined with hardcore sleuthing and martial arts skills. The thing that worked so well for this television show was that it had a protagonist that you were rooting for all the way through and it worked to get down to our basic primal desires of revenge and fighting for what you believe in. Take those basic but very important traits to the big screen and you will have the ladies and men flocking.

To have a show like Blossom on TV as a young girl in the ’90s meant a lot for its young female audience because it offered them someone a bit quirky and full of life to relate to, who had the same normal teenage and family drama like the rest of us. To bring that type of regular familial story to young women for this generation, who perhaps are not as into the Kardashians or Miley Cyrus as the majority of their peers, would mean a lot.

How much fun was it to sit down with a big bowl of popcorn with your mom or grandma or even a group of girlfriends to laugh and relate to the lovable Southern belles on Designing Women back in the ’90s? That’s exactly why we think recreating this TV show for the big screen and involving all the drama that goes on in the wonderful world of fashion in this day in age would be something a bit different for today’s audiences and possess a certain type of lightness that a female audience would just eat right up.