Home » Entertainment » Celebrities » Cast Of The Craft: How Much Are They Worth Now? 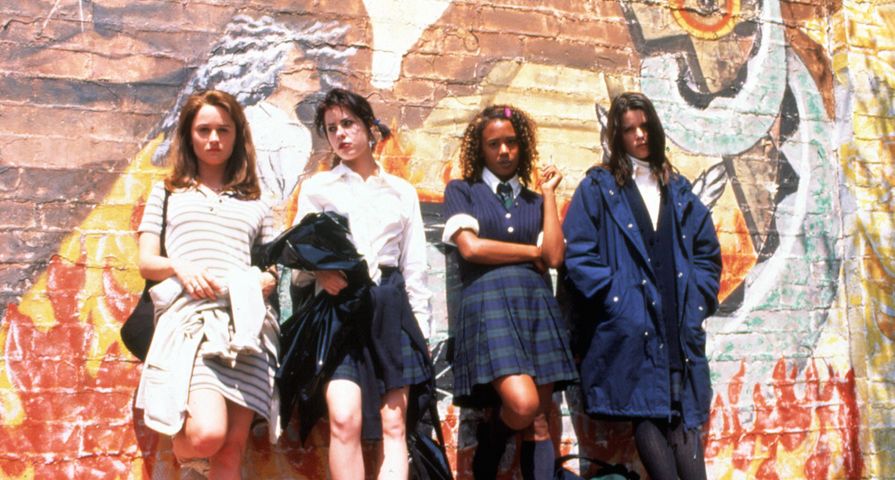 Back in 1996, The Craft became an instant hit with a young female cast led by Robin Tunney, Fairuza Balk and Neve Campbell. With a supernatural element, and such a talented cast, the film went on to blow its $15 million budget out of the water by earning $55 million. The Craft took a very different turn from all of the other teen films being released at the time and is now considered a cult favorite, and 20 years laters fans still re-watch the movie over and over again. Now, all of the stars have continued on and have gone different directions in their careers, so check out what they have done and how they have fared in their career since starring in The Craft.

Estimated Net Worth: $8 Million. Breckin Meyer is one of the most recognizable faces from the ’90s thanks to his role in some of the decade’s biggest teen movies. After small roles on television, he landed his first film part in 1991’s Freddy’s Dead: The Final Nightmare. After a few more roles on TV, he got a series of big breaks, appearing in Payback and then most notably the classic 1995 teen film Clueless as Travis, and the very next year landed the role of Mitt in The Craft. He has had continuous work since and is best known for his parts in Road Trip, Rat Race, Kate & Leopold, Herbie Fully Loaded and most recently for his role in the series Franklin & Bash. Meyer now has an estimated net worth of $8 million.

Estimatned Net Worth: $10 Million. Christine Taylor began her career with roles on series such as Dallas, Hey Dude and Saved by the Bell, but her big break came when she starred as Marcia Brady in 1995’s The Brady Bunch Movie. 1996 was an even bigger year for the actress after she appeared in The Craft as Laura Lizzie and reprised her role as Marcia in A Very Brady Sequel. Now, Taylor is best known from roles in The Wedding Singer, Zoolander, Dodgeball: A True Underdog Story and Arrested Development, and for her high-profile marriage to actor Ben Stiller. Taylor now has a very respectable net worth of $10 million.

Estimated Net Worth: $5 Million. Skeet Ulrich went from being a teenage soccer star to a stand-out in theatrical productions, and brought his talents on-camera beginning with a part as an extra in the 1989 film Weekend at Bernie’s. He then had an uncredited role in Teenage Mutant Ninja Turtles, but became well known after his part as Chris Hooker in The Craft. Ulrich went on to appear in Boys, Scream, As Good As It Gets and more. He has also done stints on TV in shows such as Miracles, Jericho and Law & Order: LA. Most recently, Ulrich can be seen on the series Riverdale. All together Ulrich’s continuous work has earned the actor an estimated net worth of $5 million.

Estimated Net Worth: $500 Thousand. Rachel True got her start on The Cosby Show, but after many small parts on TV, it wasn’t until her starring role as Rochelle in The Craft that she get her big break. She went on to appear in films like Half Baked and shows like The Drew Carey Show. Now, True is best known for her role as Mona Thorn on Half & Half and has had many TV movie appearances. Unfortunately, a lack of major roles has left True with a smaller net worth of only $500 thousand.

Estimated Net Worth: $10 Million. Out of all the stars in The Craft, Neve Campbell has arguably had the most success. She began with roles on TV and in some films, but she became well known after starring as Bonnie in The Craft. The role was quickly followed by a starring part in the Scream franchise, and one of her most memorable roles in Wild Things. She is best known, however, for her long-running starring role on Party of Five as Julia Salinger which she held from 1994-2000. In recent years Campbell has made a return to TV and after small parts in Welcome to Sweden and Manhattan she also landed the part of Leann Harvey on the hit series House of Cards. Overall Campbell now has an impressive net worth of $10 million.

Estimated Net Worth: $3 Million. Fairuza Balk was only 11 years old when she began her acting career with TV movies and a role as a Dorothy in 1985’s Return to Oz. After many different roles, Balk was able to shed her sweet image when she starred as Nancy Downs in The Craft. From there she had many more roles in films such as The Island of Dr. Moreau, American History X, The Waterboy and Almost Famous. Recently her most notable role was a small part on the series Ray Donovan. Although she has continued acting over the years, she hasn’t had many big-budget roles, but still has an admirable net worth of $3 million.

Estimated Net Worth: $4 Million. Robin Tunney’s career began back in 1991 and she has continued to have success, landing roles in projects such as Life Goes On, California Man, Class of ’96 and Cutters. Her big break came, however, with her co-starring role in the 1995 film Empire Records and then she blasted into stardom with a starring role in The Craft. She continued to work steadily in both films and on television, appearing in movies such as End of Days, Vertical Limit, Paparazzi and Intimate Affairs, as well as shows like Prison Break. Now she is definitely most widely recognized from her role on The Mentalist as Teresa Lisbon, which helped her to her net worth of $4 million.