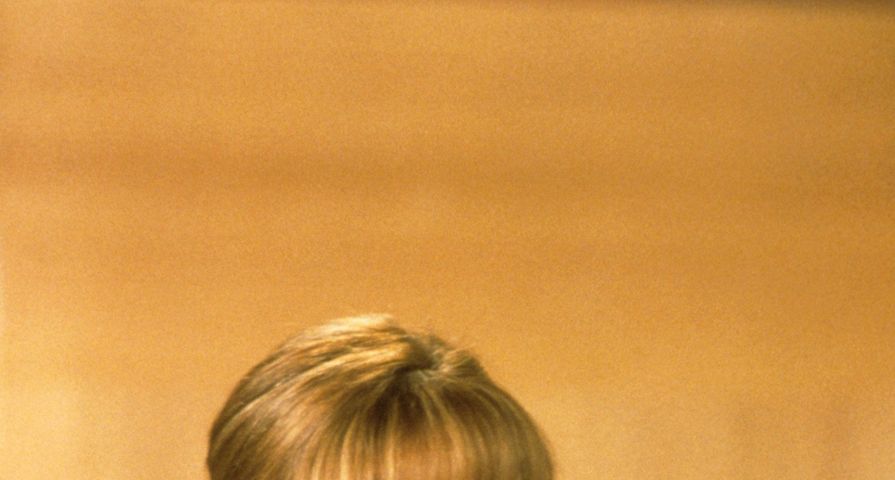 It’s a natural thing – to get older and have your appearance change; however, for stars, this process is magnified. While we’ve watched so many of our favorite stars age right before our very eyes, there are many other stars – who have since faded from the spotlight – and we haven’t seen them since their heyday, so we haven’t been able to see how their appearances have changed. Here are 12 ‘90s stars who you wouldn’t recognize if you saw them today:

Mackenzie Rosman stole fans’ hearts as Ruthie on 7th Heaven with her sweet little curls and her adorable little face. Now, that she’s a 28-year-old woman, she looks nothing like her former child star self. She did a racy Maxim shoot seemingly in an effort to prove she isn’t the child star everyone knew her as. She’s now got curves now and she isn’t afraid to flaunt them!

Lark Voorhies played the Lisa Turtle on the hit sitcom Saved by the Bell. In a cast full of gorgeous young stars, Voorhies stood out – she was just that beautiful. When she returned to the spotlight in 2009 after years of living out of sight, she was barely recognizable. Her skin looked especially tight and the shape of her face looked as though it had changed. Then, in 2012, she gave some very bizarre interviews to Yahoo and People, which had fans worried about her mental health, but she brushed it off. While she is looking better these days, she still doesn’t look anything like she did during her glory days when she was on Saved by the Bell.

Haley Joel Osment established himself as one of Hollywood’s leading young actors with his role as Cole, the kid who sees dead people, in The Sixth Sense. He was absolutely adorable in the film and he was also very convincing as a child psychic. He continued to appear on-screen during the early 2000s in hits like Pay It Forward and Steven Spielberg’s A.I. Artificial Intelligence, but then took a lengthy hiatus to attend the Experimental Theatre Workshop program at NYU’s Tisch School of the Arts. When he returned to Hollywood, he looked nothing like the child star fans remembered. He’s now filled out and sports a beard, both of which have changed the shape of his face.

Lil Kim was one of the biggest female rappers of the ‘90s. While she’s changed her appearance many times throughout her career, during the mid-2000s, she began looking drastically different. Her lips started to look fuller and then so did her face. By 2012, she looked like a totally different person. Today, it’s hard to recognize her. Her skin is much lighter than it used to be and it looks like she’s had too much fillers and Botox, which is too bad cause she really was a natural beauty.

Tahj Mowry – the younger brother of Tia Mowry and Tamera Mowry – first rose to fame as Michelle’s adorable BFF Teddy on Full House and then he landed his own show, Smart Guy. While he was cute as a kid, now he’s all grown up and has gone from being a cute little kid to one hot man! He doesn’t do much acting these days, which is too bad, cause we’d love to see him on-screen again!

Lara Flynn Boyle’s career took off in the ‘90s. She had roles in the TV show Twin Peaks and the movies Mobsters, Where the Day Takes You, and Wayne’s World. She was gorgeous with her petite frame, her dainty features, high cheekbones and full lips. Something about her face has changed though and it makes her virtually unrecognizable now.

Edward Furlong was a total heartthrob in the ‘90s with a really promising career, which was launched with Terminator 2: Judgment Day. He then went on to land roles in Before and After, Little Odessa, American Heart, and American History X. However, during the early 2000s, his career completely derailed as he began a very public battle with drug and alcohol addiction. Now, he looks nothing like his former self.

Alisan Porter found success as a child in the 1991 film Curly Sue. While she continued to act following her breakout role, she never experienced the same level of success again and simply just faded out of the spotlight. In 2016, she made a bit of a comeback when she won season 10 of The Voice, but she looked so different from her child star days, it was hard to believe that it was really her!

The world fell in love with Larisa Oleynik when she played Alex Mack on the ‘90s Nickelodeon show The Secret World of Alex Mack. After the show came to an end she starred in 10 Things I Hate About You and then she disappeared from the spotlight for several years and really only made a comeback with her roles on Mad Men and Pretty Little Liars. Fans had trouble recognizing her though. She was all grown with a cute pixie cut hairstyle.

Mason Gamble is best known for playing Dennis Mitchell in the 1993 film Dennis the Menace. He had to beat out a reported 20,000 kids to land the role! While he continued to act throughout the ‘90s, appearing in movies like Spy Hard, Gattaca, Rushmore and Arlington Road, during the 2000s, he left acting behind and became a marine biologist! While he was adorable as Dennis the Menace, he looks nothing like that now. He’s become a handsome man!

Karyn Parsons played the beautiful and stylish Hilary Banks on the groundbreaking sitcom Fresh Prince of Bel-Air. Since the show ended, she has continued to work in television, but she hasn’t had any roles that have been as high profile as her role on Fresh Prince. She looks really different from her days on prime time. She doesn’t wear much makeup and she doesn’t style her hair the same way anymore either.

Hanson became a commercial success when they released the 1997 hit song “MMMBop,” but their stay in the spotlight was rather short. They were all really young at the time – in their teens – and with their long hair and their high-pitched voices, it was kind of hard to know whether they were boys or girls! That’s changed though! Now that they are all older, they look super hot!