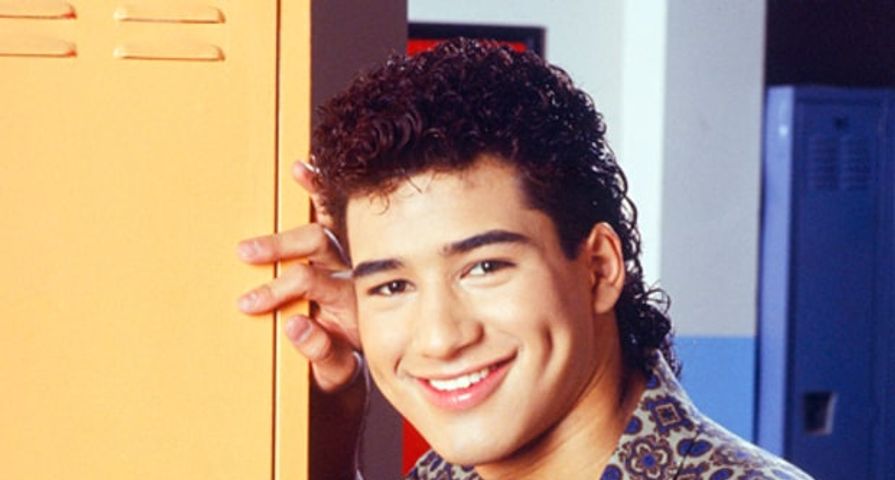 Oh, the good old ’90s. Although it’s been 20 years, many of us still hold close to our hearts the decade that brought us choker necklaces, platform sandals, and blow-up furniture. Even Netflix is in on the ’90s nostalgia by making sure we’re stocked with every episode of Friends and Saved By The Bell, and providing us with a reboot of Full House. But sadly, everything must move on eventually, right?  Not quite. Some of our favorite actors from the ’90s look like they’ve barely aged at all since finishing work on their sitcoms! Here’s our list of 10 of the hottest sitcom stars of the 1990s.

Admit it: you thought Uncle Jesse was hot. In the 1990s, John Stamos was known as the charming “bad boy” on Full House who helped his brother-in-law, Danny Tanner, raise his 3 young girls. After the sitcom ended, Stamos worked on various shows, including a guest-starring role on Friends as a potential (though unbeknownst to him) sperm donor for Monica and Chandler. In 2006, he joined ER as a regular cast member. Recently, the 52-year-old reprised his role as Jesse in the Full House reboot, Fuller House. And if we’re being honest, he still looks darn good.

This gorgeous redhead starred in one of the most popular sitcoms of the ’90s. Debra Messing is most commonly known for her character Grace Adler on Will & Grace, an interior designer who is unstable and dependent on her gay roommate, Will Truman. She has an impressive educational background and holds a Master of Fine Arts from the elite Graduate Acting Program at New York University’s Tisch School of the Arts. In 2002, People included her on their list of the “50 Most Beautiful People in the World.” We think she should still be on that list because she looks great!

We’re convinced Will Smith found the Fountain of Youth because he’s barely aged from his time on the much-loved ’90s sitcom, The Fresh Prince of Bel-Air. The 47-year-old actor has had a successful career since the end of the show in 1996. Smith’s starred in several feature films like Independence Day, Men in Black, and The Pursuit of Happyness. He’s also a dedicated family man to his children, Jaden and Willow, and wife Jada Pinkett-Smith. Family looks good on you, Will!

Christina’s come a long way from her days as bleach-blonde Kelly Bundy in Married…with Children. In 2007, the stunning actress starred in the comedy series, Samantha Who? and her performance received Golden Globe and Emmy nominations. But in 2008, Applegate learned she had breast cancer. She was only 36 years old. Applegate elected to have a double mastectomy after learning the cancer would most likely return. Throughout the cancer treatment, she remained strong. Now she fights for women to have access to early detection MRIs and genetic testing. Supporting other women — now that’s hot.

Many of us remember Joseph Gordon-Levitt back when he was teenager on 3rd Rock from the Sun. Although the running joke on the show is that his character, Tommy Solomon, is the least attractive of the aliens, we’d like to dispute that. Now 35, Gordon-Levitt has a well rounded career in the areas of acting, film directing, and screenwriting. And who can forget the uber-cute duets he’s sung with Zooey Deschanel? Oh, and he’s a feminist who fights against sexism in the Hollywood movie industry. My my, that’s fine.

Mayim Bialik is one of the darlings of ’90s sitcoms. At 16, she was cast as teenager Blossom Russo in NBC’s Blossom. Throughout the years she’s done voice-over work for cartoons, and joined The Big Bang Theory as a regular cast member in season 4. Off camera, Bialik was an exceptional student and earned a Bachelor of Science degree. In 2007, she earned her Ph.D. in neuroscience studying a genetic disorder known as Prader-Willi snydrome. She also released a book in 2012 titled, Beyond the Sling: A Real-Life Guide to Raising Confident, Loving Children the Attachment Parenting Way. Smart is sexy!

I don’t think any one of us would have minded being a few minutes late to class if Slater had anything to do with it. In the 1990s show Saved By The Bell, Mario Lopez was known as teen heartthrob A.C. Slater for his athletic build and charming smile. After working on the show for 5 years, Lopez was the host for a variety of shows including Masters of the Maze, The X Factor, and Extra. In his personal life, he’s a dad to 2 young children: Gia, 5, and Dominic, 2. The lack of sleep he’s getting from being a parent doesn’t show — he still looks hot!

These days, it seems like Queen Latifah has done it all: singer, actress, TV producer, talk show host, songwriter, rapper, and record producer. Back in her earlier days, the 46-year-old was on the ’90s show Living Single, which ran from 1993-1998. She played Khadijah James, a sarcastic and funny magazine editor who wasn’t afraid to speak her mind. With her creative talent, Latifah exudes beautiful confidence. She’s definitely a queen in our eyes.

In the 1990s, Brandy dominated the pop music scene with songs like “Missing You” and “The Boy Is Mine,” a duet with Monica. She was also on the successful show Moesha that ran for 5 seasons from 1996-2001. As the title character, Brandy’s Moesha reflected on the anxieties and challenges that teens faced like drug use and teen pregnancy. Two decades later, Brandy now stars on BET’s Zoe Ever After, a sitcom about a divorce who creates her own cosmetics company. And she’s still as gorgeous as ever!

Perhaps it’s not surprising that Jennifer Aniston is on the list, but can you blame us? The former Friends star is stunning, and is a regular name on magazines’ lists of the most beautiful people. People named her “The Most Beautiful Woman” twice (2004 and 2016), and Men’s Health considered her the “Sexist Woman of All time” in 2011. But it’s her philanthropic work that makes her even more amazing. She’s a supporter of several organizations including Doctors Without Borders and Feeding America, which makes her beautiful inside and out!