Home » Entertainment » Music » 12 Popular But Forgotten 90s Singers: Where Are They Now? 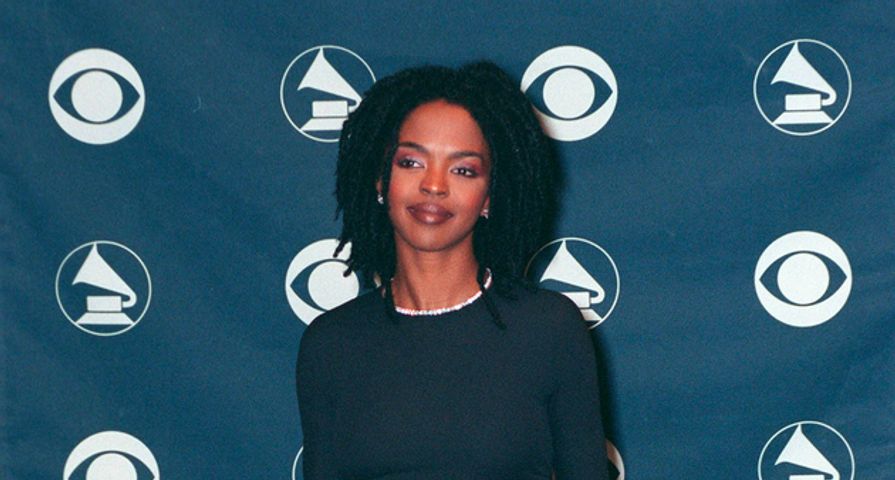 The ‘90s produced some great music and while some of these artists like Beyonce, Britney Spears and Gwen Stefani have stuck around, there are a number of others that faded from the spotlight and were subsequently forgotten. Below, we have tracked down 12 popular but forgotten singers from the ‘90s and found out what they have been up to!

Macy Gray was catapulted to fame when she released her first album On How Life Is, which featured the hit single “I Try.” While she won a Grammy for that single, her subsequent albums failed to garner the same type of success. Since the early 2000s, she has been appearing in film and television roles, including Training Day, Spider-Man, For Colored Girls, and The Paperboy, which also starred Matthew McConaughey, Zac Efron, John Cusack and Nicole Kidman. The last album she released was in 2016.

Monica rose to fame when she released her debut album, Miss Thang, in 1995. Featuring two hit singles “Don’t Take It Personal” and “Before You Walk Out of My Life,” the album went multiplatinum. Her second album, The Boy Is Mine, produced two other chart toppers, “The First Night” and “Angel of Mine.” After her success with music, she appeared in the movie Boys and Girls and in episodes of the TV shows Felicity and American Dreams. She also had her own reality show, Monica: Still Standing and appeared in the debut season of The Voice as an advisor to coach Cee Lo Green. Her most recent album, Code Red, was released in 2015 and debuted at number 27 on the US Billboard 200 chart.

Erykah Badu’s debut album, Baduizm, launched her career. It was a critical and commercial success, featuring the songs “On & On,” “Next Lifetime” and “Appletree,” and won two Grammy Awards for the singer, one for best female R&B vocal performance and the other for best R&B album. Her next album, Live, was also successful and was certified two times platinum by RIAA. Throughout the rest of the ‘90s and 2000s, she has continued to release music, and she also dabbled in acting. She appeared in The Cider House Rules and House of D.

Shawn Colvin had been in the music business since the ‘80s, but it was her 1997 song “Sunny Came Home” that catapulted her to mainstream success. In 1998, the song won two Grammy Awards – one for Song of the Year and the other for Record of the Year. Colvin continues to record music and has released eight albums since the 1996 album that featured “Sunny Came Home,” but she doesn’t seem to be looking for mainstream success anymore.

Toni Braxton became incredibly successful when she sprung onto the music scene with her self-titled album in 1993. She achieved even more success with her second album, Secrets, which sold 15 million copies. Her third album, The Heat, was also a success and was certified double platinum; however, because of contractual disputes and health issues, her subsequent albums More Than a Woman, Libra and Pulse didn’t achieve the same level of success. Braxton has dabbled in reality TV. She was a contestant on Dancing with the Stars and starred in Braxton Family Values alongside other members of her family. This past March, she released her eighth studio album, Sex & Cigarettes, which has received mostly positive reviews from critics.

Paula Cole’s star rose quickly during the late ‘90s when her song “I Don’t Want to Wait” became the theme song for the WB series Dawson’s Creek. She then toured with Sarah McLachlan’s Lilith Fair and was nominated for several Grammy Awards for her album This Fire, winning the award for Best New Artist. Following that success, she took several years off to raise her daughter who had severe asthma and when she returned she churned out five more albums – Courage, Ithaca, Raven, 7, and Ballads; however, none of her music has achieved the kind of mainstream success she experienced during the ‘90s.

Fiona Apple’s career was at its peak during the ‘90s. Her debut album Tidal, which was released in 1996, was certified three times platinum in the U.S., produced the Grammy Award-winning hit “Criminal.” Her second album, When the Pawn…, was also critically and commercially successful and was certified multiplatinum. She has since released two albums, one in 2005 and another in 2012, and released the song “Tiny Hands” in 2017 for the Women’s March on Washington.

Lisa Loeb ‘s song “Stay (I Missed You)” was one of the biggest hits of 1994. When the song appeared in Reality Bites, she wasn’t even signed to a label, yet the song still shot to the top of the charts. In the early 2000s, she branched out into acting with small parts in TV shows and movies. She and her boyfriend at the time, Dweezil Zappa, starred in their own reality show Dweezil and Lisa and, after their breakup, she starred in the E! reality show, #1 Single. She also appeared in Gossip Girl, marrying Rufus Humphrey in the finale. Since her debut single, she’s released nine studio albums, the latest Lullaby Girl having been released in 2017, and four children’s albums.

Alanis Morisette shot to fame with the release of her 1995 album Jagged Little Pill. It sold more than 33 million copies and established her as one of alternative rock’s most successful singers. Following the success of her debut album, she’s released five more albums and has dabbled in acting. She was in an episode of Sex and the City and American Dreams and appeared in several episodes of Weeds and a few of Nip/Tuck. After a six-year hiatus from music, she has an album scheduled to be released this year.

Natalie Imbruglia’s cover of Ednaswap’s song “Torn” launched her singing career. While she has continued to make music since her debut album Left of the Middle, none of her subsequent albums have performed as well. In 2015, she released her fifth studio album Male, which featured her singing covers of famous songs sung by male artists and, in 2016, she joined the cast of the second season of the show First Contact.

Brandy rose to fame during the mid 90s when she released her self-titled album, which featured her first single “I Wanna Be Down.” She was a pretty big deal for the rest of the decade. She had her own show, Moesha, and released her second album Never Say Never, which featured the monster hit “The Boy Is Mine.” However, none of her follow-up albums have been as successful. In 2010, she was a contestant on Dancing with the Stars and starred in the reality series Brandy & Ray J: A Family Business. In 2012, she landed a role on the series The Game and in 2016 she starred in and produced a show for BET called Zoe Ever After. Her last album, Two Eleven, was released in 2012 to generally favorable reviews.

Lauryn Hill first rose to prominence in the ‘90s as a member of the group The Fugees, but when she struck out on her own, she became an even bigger star. Her album, The Miseducation of Lauryn Hill, was a huge hit, receiving massive critical acclaim and winning four Grammy Awards. After all of that success, however, she became uncomfortable with fame and disappeared from the spotlight. Although she hasn’t released another album since, she’s reportedly going on tour this year to celebrate the 20th anniversary of The Miseducation of Lauryn Hill.