11 Things We Will Always Miss About One Tree Hill 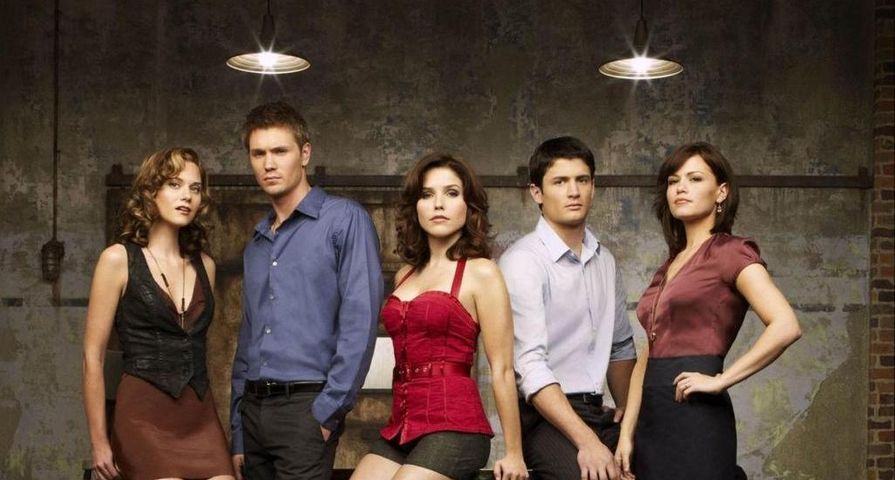 Teen dramas have never been more successful than in the 2000s and the best part about One Tree Hill is that our favorite group of Tree Hill Ravens grew up with us in the nine seasons from 2003-2012. From love and heartbreak to the highs and lows of transitioning from teenagers to adults, we journeyed with Lucas, Nathan, Peyton, Brooke and Haley through so much, and even years after the show has been off the air, we are only reminded how much we miss the show.

It’s safe to say that music and basketball are two very important aspects to this show and OTH went above and beyond with involving music through Haley becoming a rockstar, tons of huge musical guests and of course naming each episode after a song. Peyton Sawyer introduced us all into the world of indie and alternative rock and we all wanted to start our own record label like Red Bedroom Records. Let’s not forget Pete Wentz not only performed with his band Fall Out Boy in the middle of their success, but also guest starred as Peyton’s boyfriend for a few episodes.

Like any show, One Tree Hill was full of really good looking people and while many were swooning over Lucas (Chad Michael Murray), it was Nathan stealing the show with his body.

In season one James Lafferty was still a kind of scrawny teenager, but that didn’t stop him from raising the highest bid in the Boy Toy Auction and, in season 4, he takes (most of it) off again by participating in an amateur stripping contest. Shirtless Nathan became so much of a running joke that even the show itself referenced it when casting for Lucas’ movie in season 6 and all of the guys hoping to play Nathan had to have their shirts off when auditioning.

For every fan of One Tree Hill, Nathan and Haley are the pinnacle of ideal relationship goals. Not only does Haley turn Nathan into the best guy/husband/father ever, but their entire relationship never falters even when they go through some very serious stuff.

Even though it was a “teen drama” Naley showed what it was like to work through obstacles for love, pull each other out of dark places and keep the love alive no matter what as they grew from 16-year olds getting married to adults. He ran back into a school shooting for her, and she stood by him when a cheating scandal threatened his NBA career. No matter what, it was  Nathan and Haley – Always and Forever.

8. The Love Rectangle Plus One

When it comes to complicated relationship dramas, nothing was more intense than the Lucas-Peyton, Lucas-Brooke, Nathan-Haley scenarios that played out again and again.

Although everyone thought Lucas and Peyton were meant to be together, he and Brooke made such a good match that picking a team wasn’t so easy, especially when Lucas cheated on Brooke to be with Peyton.Of course let’s not forget Nathan dated Peyton, made a sex-tape with Brooke and only began dating Haley to anger Lucas. Drama, drama, drama – but we couldn’t get enough.

Much like Lucas was the lead but Nathan quickly became a favorite, Brooke was without a doubt one of the best parts of the show even though the main female character was Peyton.

Nothing matched Brooke Davis’ style, confidence, sass and epic one-liners. Sophia Bush’s character grew from the flirty cheerleader to the class president to the millionaire fashion designer flawlessly, leaving us all wishing we were Brooke Davis and missing her maybe the most out of all of the characters on the show.

Life meant a lot more sense back when Lucas Scott began or ended each episode with an intellectual quote that made you feel like he was speaking directly to your life. Unfortunately fans had to deal with losing Lucas’ words of wisdom long before the series finale in 2012 after Chad Michael Murray and Hilarie Burton left the show at the end of season 6. While fans were crushed we believed in Nathan, Haley, Brooke, Mouth and Julian to carry on the show, and after all as Lucas would say,”There is a tide in the affairs of men. Which, taken at the flood, leads on to fortune.”

No matter how many seasons or how many episodes you watched, you could never get enough of Gavin DeGraw’s “I Don’t Want To Be.” It was a sad day when OTH shook up the introduction by taking the song out after season 4 but luckily it was reintroduced in season 8 but with a twist: “I Don’t Want To Be” was covered by different artists for each episode.

Over the course of the show, Gavin Degraw made several guest appearances and performed many of this best hits, including “Soldier,” “Not Over You” and “Chariot.”

While there were a lot of dramatics including crazy psycho stalker “brothers,” crazy nannies, and just plain crazies, there was also a lot of amazing humor in the show. Dan Scott may have been hated but he was pretty funny, and Chris Keller’s sarcasm was unmatched and even the brooding Lucas Scott had some comedic chops.

The best part about OTH is that the humor wasn’t always just to get laughs, sometimes it was dark or confusing and the best was when it made a “knowing” joke about the show or even the network.

For one hour episodes OTH packed a lot of different dynamics into the relationships of characters that moved so quickly yet so smoothly. Lucas and Nathan as enemies to best friends, Mouth being the best friend anyone could ask for, Brooke and Peyton’s on and off again best friend status and that’s not even getting into the adults like Keith, Karen, Deb and Dan.

Everyone was intertwined in some seriously weird ways; remember when Dan and Rachel got married? Also killing off Uncle Keith in a traumatizing episode is something we will never, ever get over. Long story short, we miss them all.

The intense love story between Lucas and Peyton fueled OTH for six seasons and with so many ups and downs, they had to end up together. From the moment Lucas Scott stated, “You’re art matters. It’s what got me here,” we knew they were fated and nothing was more shocking when it seemed Lucas really was going to marry Lindsay.

Nothing was ever more complete than their wedding day and the arrival of their daughter, Sawyer, although we are all left wondering, where did they drive off to in the end of season 6? Having no closure just make us miss them all that much more.

1. Being A Part Of Their Amazing Lives

A published author, an NBA player, a rockstar, a millionaire businesswoman and a record label owner all came out of one group of friends from Tree Hill, North Carolina. While it seems highly implausible looking back, nothing but the ultimate dream would have been good enough for the group and we got to be there with them. Even as teenagers rules didn’t seem to apply, parents were never around and let’s not forget the epic “cottage” Rachel just so happened to own. Even though their lives were so unbelievable, it didn’t stop us from relating to them. There really is only one Tree Hill.