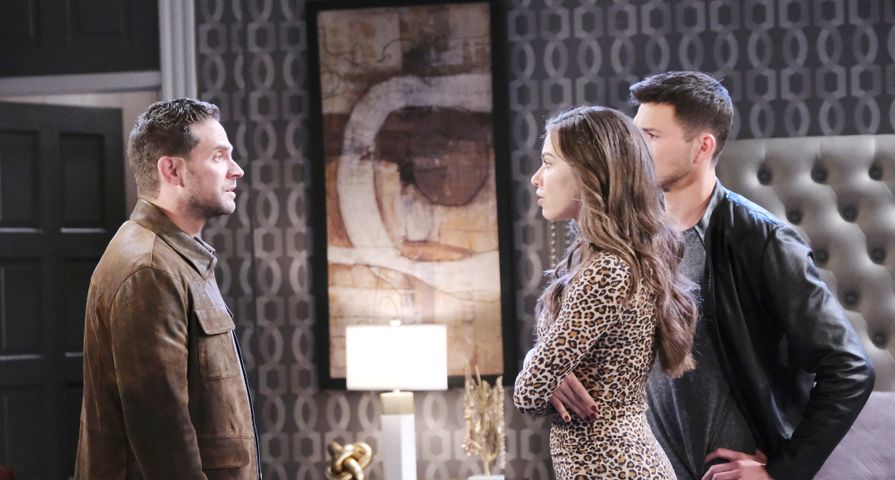 There won’t be any dull moments this week on The Young and the Restless, Days of Our Lives, General Hospital and The Bold and the Beautiful! Find out what will happen with our spoilers for June 17, 2020:

Ben and Marlena went to Bayview in search of Gwen on Wednesday’s episode while Ciara came up with a plan to help Jake. Also, Gabi tried to escape, and Jennifer and Jack set aside their worries for a night to share a romantic dinner.

GH’s Wednesday episode originally aired on September 14, 2015. Fans saw Sonny in critical condition after being shot, with Carly sitting vigil in the hospital chapel, reading the vows he wrote for her, and remembering their ups and downs.

On Wednesday on B&B, Kay Chancellor (the late Jeanne Cooper) arrived in Los Angeles and gave important news about the “Stephanie Douglas Trust” that rocked Stephanie’s world. Having manipulated a divorce from Stephanie to be with Brooke, Eric was stunned to learn that the Trust was not in the company safe where he and his longtime lawyer Jonathan (the late Joseph Campanella) had kept it. Nick (Jack Wagner) demanded the truth from Brooke about her marriage to Eric. The episode originally aired on November 1, 2005.