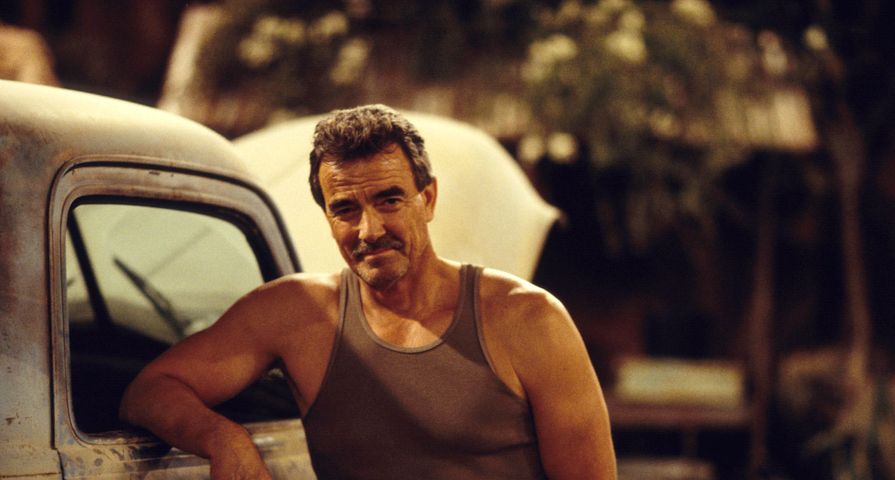 It was a dramatic week on The Young and the Restless, Days of Our Lives, General Hospital and The Bold and the Beautiful! Find out what you missed with your spoilers recap for May 4 to May 8, 2020:

Monday’s Y&R episode was from October 31, 1981. Nikki visited Victor’s ranch for the first time and Victor tested their chemistry with help from his friend, Colonel Douglas Austin (Michael Evans).

Believing he’s really Stefan, Gabi accused Jake of lying about his identity on Monday’s episode of DOOL while Abigail had another hallucination. Also, Sarah pleaded with Rex to keep her secret, and Kristen made a confession to Lani.

There were a few spoilers on Monday for GH fans. Molly was annoyed; Brando blamed Sam; and Julian grew angry with Neil.

On Monday, there was an encore episode from September 30, 1994 on B&B. Taylor Hayes (Hunter Tylo) tried desperately to escape from Prince Omar (Kabir Bedi) to let Ridge (Ronn Moss) know that she’s alive while Brooke and Ridge (Ronn Moss) had their first epic wedding in front of friend and foes on the beautiful beach in Point Dume, California.

There weren’t any dull moments today on The Young and the Restless, Days of Our Lives, General Hospital and The Bold and the Beautiful! Find out what happened with our recap for May 5, 2020:

Tuesday on Y&R, the episode was from August 17, 1987. Nikki dreamed of reuniting with Victor after Ashley (Eileen Davidson) was out of the picture, and Phillip (Thom Bierdz) made plans for a future with Cricket (Lauralee Bell).

Xander broke devastating news to Maggie on Tuesday’s episode of DOOL while Sarah took extreme measures to keep “her” daughter. Also, Eli became suspicious of Lani, and Nicole set up a special day for Eric, who was still reeling over the loss of his daughter.

There were a few spoilers for GH fans on Tuesday. Alexis came clean; Nina and Carly argued; and Martin and Nelle met up.

B&B’s Tuesday episode was an encore from March 22, 2017. Steffy and Liam got married in front of the iconic Sydney Opera House on the glorious Sydney, Australia harbor. Meanwhile, Wyatt nursed his sorrows over his brother’s marriage to his ex-wife with several drinks.

Zoey tried to intimidate Sonny as he prepared to testify at Evan’s trial on Monday’s episode of DOOL while Maggie slapped Xander. Also, Sarah opened up to Rex about Maggie’s role in Mackenzie’s death, and Lani helped Kristen track down Sarah’s location.

There were a few spoilers for GH fans on Wednesday. Nelle asked Nina for a favor; Brook Lynn managed to get herself in trouble again; and Michael and Willow put their wounded feelings aside.

B&B’s Wednesday episode was from November 13, 2009. In the episode, the only woman to have ever stolen Dollar Bill’s heart, Katie, walked down the aisle to become Mrs. William Spencer, Jr., with her sisters at her side, at the San Fernando Valley home where she was raised. Legendary CBS star Patrick Duffy (Dallas) guest starred as Katie’s father, Stephen Logan.

Thursday on Y&R, the episode was from April 14, 1998. What happened? Victor and Nikki were not able to deny their attraction; Nick (Joshua Morrow) and Sharon’s (Sharon Case) marriage was on the rocks; and Katherine (Jeanne Cooper) interfered in Jill’s (Jess Walton) relationship with Keith Dennison (Granville Van Dusen).

Ben found himself in a dangerous situation on Thursday’s episode of DOOL while Gabi kissed Jake! Marlena questioned Kayla about her feelings for Steve, and Hope and Steve bonded as they tried to put Princess Gina and Stefano behind them

There were a few spoilers for Thursday’s episode of GH. Michael made a life-changing decision; Julian helped a friend; and Nelle had a proposition.

B&B’s Thursday episode was from January 5, 1991. In the episode, Eric and Brooke said “I Do” as Eric’s ex-wife, Stephanie (Susan Flannery), and Brooke’s true love, Ridge (then played by Ronn Moss), watched without objection. Eric then took Brooke on a romantic and surprise honeymoon in a magnificent hot-air balloon in Palm Springs, Calif.

Friday on Y&R, an episode from September 5, 2002 aired, which featured Victor and Nikki remarrying at the Colonnade Room. Also, Ashley harbored a secret.

Lani explained to a furious Eli why she helped Kristen escape on Friday’s episode of DOOL while Ciara tended to an injured Ben. Spoilers also suggested that Xander warned Victor that Maggie knows the truth, and Sarah’s plan hit a snag.

A flashback episode aired on GH on Friday. The episode was from November 27, 2018 and featured Jordan and Curtis’ honeymoon crasher.

B&B’s Friday episode was an encore from June 26, 2012. Having overcome astounding obstacles, Hope (Kim Matula, in a role currently played by Annika Noelle) and Liam (Scott Clifton) joyously said “I Do” in front of family, friends, and the many residents of the beautiful city of Puglia, Italy. Frustrated and brokenhearted, Steffy (Jacqueline Wood) updated Eric (John McCook) and Stephanie (Susan Flannery) on the dramatic events transpiring in Puglia.