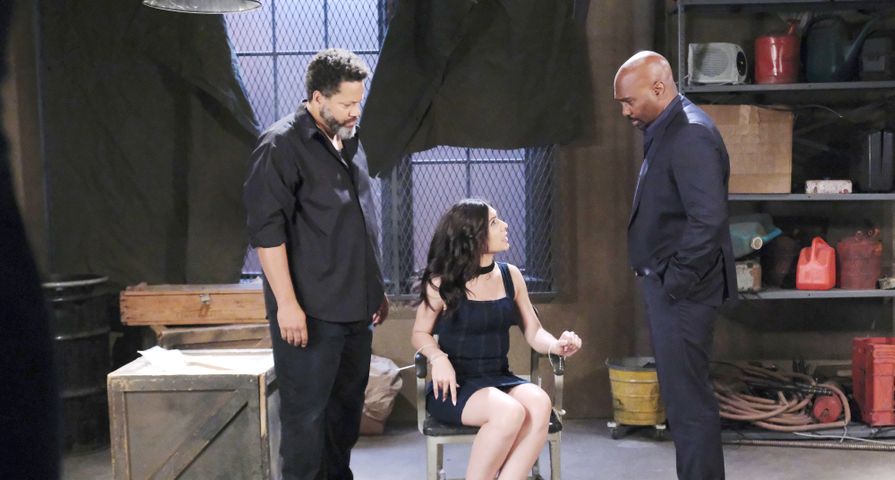 There won’t be any dull moments this week on The Young and the Restless, Days of Our Lives, General Hospital and The Bold and the Beautiful! Find out what will happen with our spoilers for June 16, 2020:

Tuesday on Y&R, Cricket and Danny traveled to Hawaii to get married. In addition, Nikki kept a secret from Victor. This episode originally aired on November 16, 1990.

A kidnapped Gabi feared her time was running out on Tuesday’s episode while Eli and Lani demanded the truth from Jake. Also, John and Marlena realized Claire tricked them, and Claire provided key information to Ben and Ciara.

GH’s Tuesday episode originally aired on September 24, 2013. In the episode, Sonny went off his meds and began to spiral while Carly convinced him to resume taking the lithium.

Brooke used Victor Newman (Eric Braeden) to make Ridge jealous during a business dinner. Taylor attempted to take her husband Ridge’s attention off of Brooke and Victor to no avail. At his wit’s end after seeing Victor kiss Brooke, Ridge rushed to their table and demanded that Victor immediately return to Genoa City. As Victor and Ridge faced-off, an embarrassed Taylor intervened while Brooke gloated at the success of her plan. The episode originally aired on January 29, 1999.