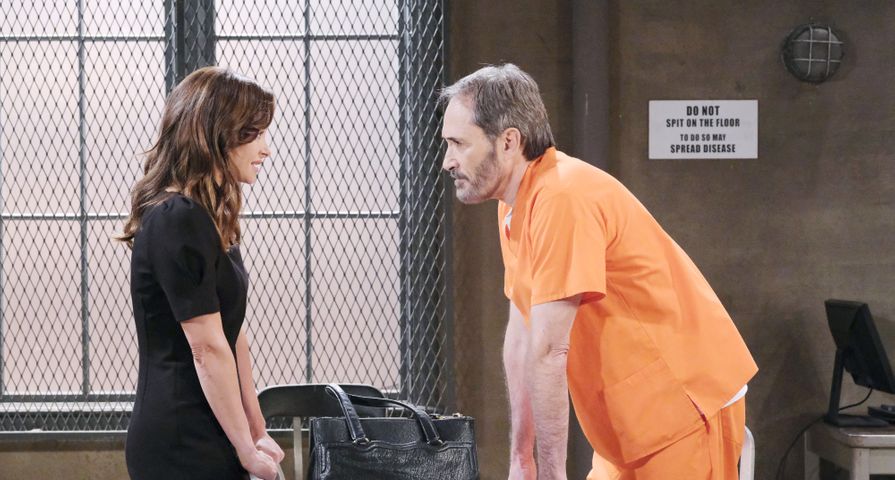 There weren’t any dull moments today on The Young and the Restless, Days of Our Lives, General Hospital and The Bold and the Beautiful! Find out what happened with our recap for June 4, 2020:

Thursday on Y&R, as the family mourned the loss of John Abbott, Kevin and Michael helped Gloria fight for her place among the Abbotts. The episode originally aired on August 24, 2006.

Hope went to bat for Rafe in his custody battle with Zoey on Thursday’s episode of DOOL while Jack gave Steve advice about Kayla. Also, Lani and Eli shared exciting news with Abe and Julie, and Zoey got into it with Orpheus as George DelHoyo exits Days of our Lives.

GH’s Thursday episode originally aired on May 25, 2017. Sonny and Carly learned that Ava switched Morgan’s pills. Nina took Valentin back. Anna told Jason she is looking for a bio-toxin known as the Chimera. Jake saw Helena order him to do his magic trick featuring the Chimera.

On Thursday on B&B, enraged that Brooke was at her family’s Big Bear cabin to seduce her youngest son, Thorne (then played by Winsor Harmon), Stephanie Forrester arrived during a raging storm to confront the woman she felt was destroying her family. Frightened by Stephanie, Brooke attempted to reason with her but soon realized that Stephanie meant her serious harm. Meanwhile, an angry Kimberly (Ashley Cafagna) arrived at the Forrester Mansion to confront Brooke but, instead, she found Rick (then played by Jacob Young), who had feelings for the beautiful model. The episode originally aired on August 3, 1999.