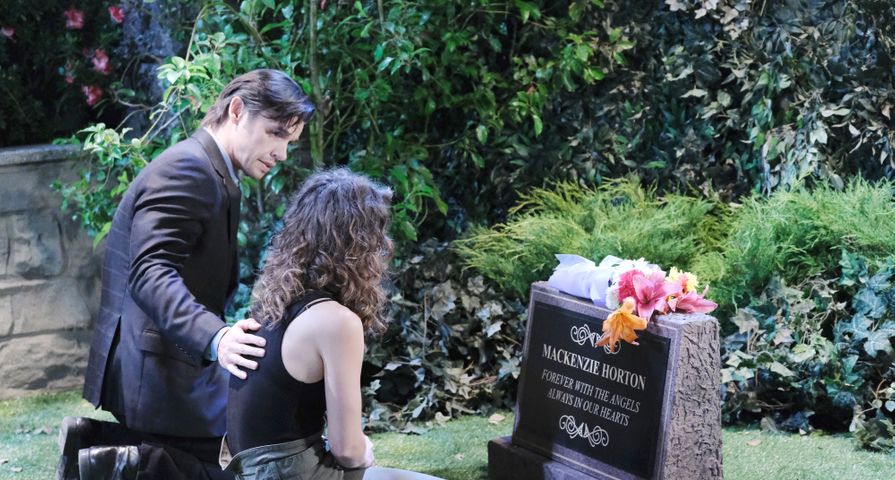 There won’t be any dull moments this week on The Young and the Restless, Days of Our Lives, General Hospital and The Bold and the Beautiful! Find out what will happen with our spoilers for June 18, 2020:

John and Marlena reacted to Claire’s surprise guest on Thursday’s episode while Eli and Lani worked together to try to track down Gabi. Also, Xander made a heartfelt gesture to make things right with Sarah, and Jake and Ben’s plan went awry as they tried to negotiate Gabi’s release.

GH’s Thursday episode originally aired on October 14, 2015. In the episode, Sonny and Carly were married in the GH chapel.

On B&B on Thursday, Jack Abbott (Peter Bergman) accepted the Forrester family’s invitation to meet them at their office to discuss a new business proposition. To Brooke’s annoyance, Ridge anxiously moved through the meeting worried that he would not be able to keep his promise to Taylor to attend the party that Dr. Pierce Peterson (Paul Satterfield, Jr.) was throwing in her honor. As Eric, Ridge, Brooke, and Thorne (Winsor Harmon) proposed a Jabot and Forrester collaboration to Jack, Sally and Darla (Schae Harrison) crashed the gala and saw Macy (Bobbie Eakes). Separately, Stephanie convinced Dr. James Warrick (Ian Buchannan) to crash the party with her as she was convinced that Pierce had romantic intentions towards her daughter-in-law, Taylor. The episode originally aired on December 24, 1998.