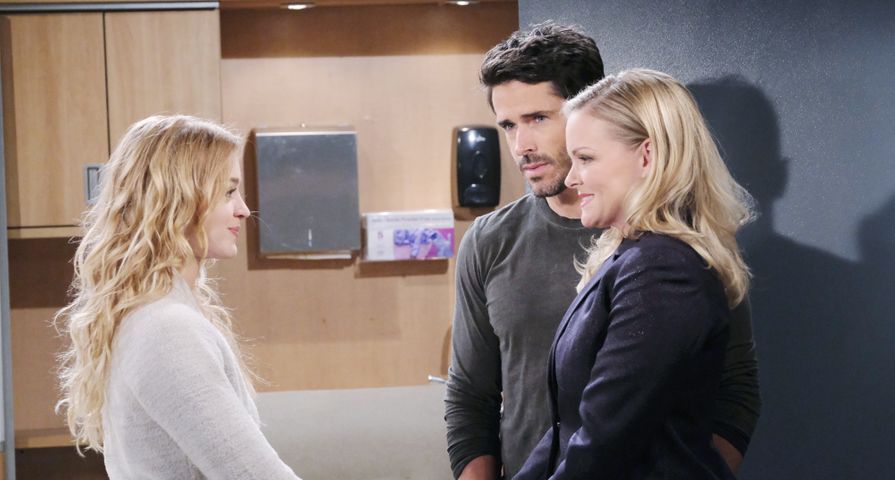 There weren’t any dull moments today on The Young and the Restless, Days of Our Lives, General Hospital and The Bold and the Beautiful! Find out what happened with our recap for June 8, 2020:

Ben, Jake, and Ciara tried to track down Gwen, played by Y&R alum Emily O’Brien. She was in Bayview with Claire, her new BFF. Also, Belle and Shawn arrived in Salem to discuss Claire’s future; Will and Sonny realized Gabi is missing; and Claire asked Gwen to keep her secret.

GH’s Monday episode originally aired on May 18, 2018. Finn was going to be apologetic. Ava tried to entice Griffin. Josslyn connected with Oscar. Valentin pleaded with Nina. Peter’s plans were delayed.

On B&B on Monday, the show’s very first episode aired. Viewers were introduced to Forrester Creations fashion mogul, Eric Forrester and his sons Ridge (then played by Ronn Moss) and Thorne (then played by Clayton Norcross) during the preview of Eric’s new couture line to the press. Publishing mogul Bill Spencer, Sr. (Jim Storm) demanded that playboy Ridge stop dating his daughter Caroline (Joanna Johnson) before he broke her heart. Brooke arrived home to her sister Katie (then played by Nancy Sloan) after being attacked on her way home from college. The episode originally aired on March 23, 1987.