Chandler Massey And Zach Tinker Return To Days Of Our Lives 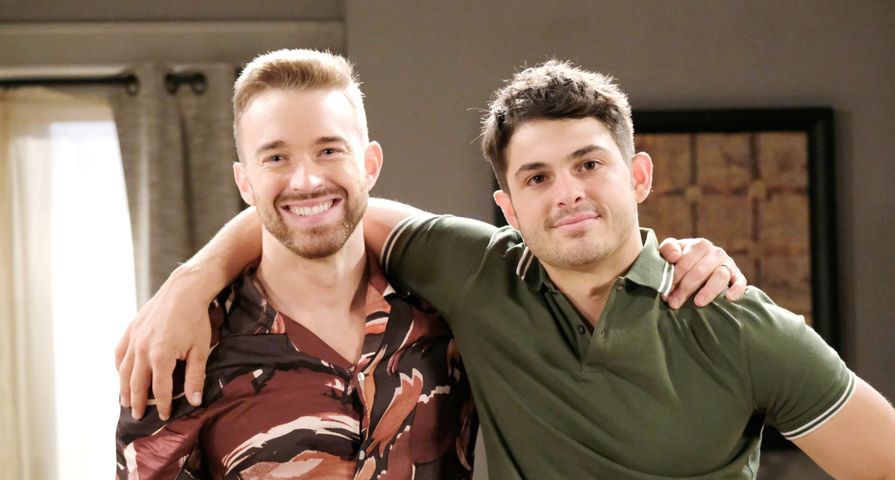 Salem’s population is set to rise by the time Days Of Our Lives (DOOL) returns from its Olympics-imposed hiatus! In a new promo, Billy Flynn (who plays Chad DiMera) reveals that Chandler Massey (Will Horton) and Zach Tinker (Sonny Kiriakis) will return to the NBC soap on Monday, February 21st.

“Okay, good news, bad news time,” Flynn began. “The good news… two of my closest friends are coming home to Salem.” A clip then shows Chad welcoming Will and Sonny, who have been off-canvas for much of the past year.

But the promo quickly reminds viewers that there was bad news afoot as well. “The bad news? Leo Stark,” Flynn intoned in reference to Greg Rikaart’s notorious character. “Hey, you can like the guy,” Flynn added, “ I think he’s a tool.”

So what angle is Stark working this time? It’s hard to say. “We have to understand this guy’s weaknesses if we’re going to exploit them,” Sonny explains to Chad at one point in the promo. In a later clip, DiMera sounds off on the pair, saying, “I thought we were friends!”

Although Massey and Tinker’s characters have been living in Arizona for the past year, DOOL has kept up with the couple via Beyond Salem and A Very Salem Christmas, both available to stream on Peacock.

Given the rather lackluster final episode before the Winter Olympic break – and head writer Ron Carlivati’s annoyed reaction to the criticism – it’s great to see that DOOL is bringing back these fan-favorite characters!