General Hospital Spoilers For The Next Two Weeks (November 22 – December 3, 2021) 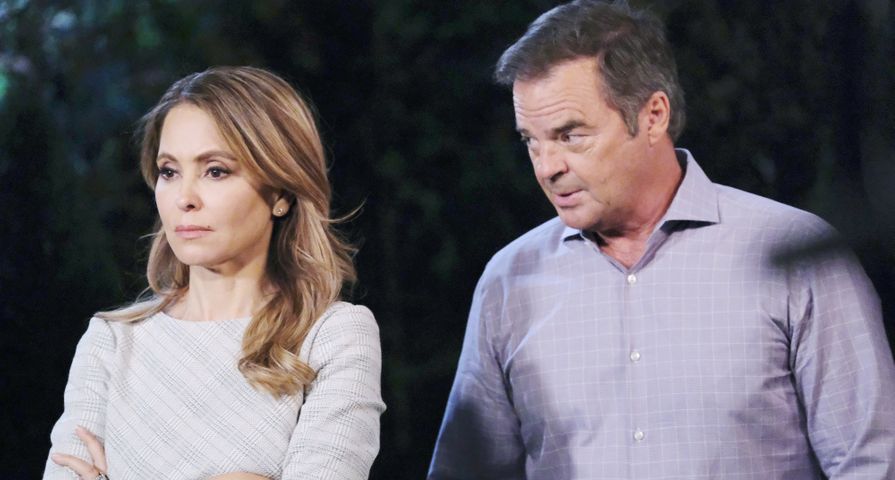 Calling all General Hospital (GH) fans! What’s on tap in the land of Port Charles over the next two weeks? Things will remain tense on Cassadine Island, while Sasha and Brando get support. Also, Port Charles will celebrate American Thanksgiving! Learn about these storylines and others in the below GH spoilers for November 22nd to December 3rd, 2021.

It’s hard to say if Jason Morgan will be okay after what happened on Friday’s episode. While nothing has been confirmed on the show, rumors have been buzzing that actor Steve Burton could exit the soap, due to ABC’s health mandate. Burton tested positive for the virus several weeks ago, so Jason “disappearing” from Port Charles for a few weeks could also be explained by the actor’s isolation requirements. Only time will tell.

Some GH spoilers over the next two weeks hint that Jason could disappear from the canvas for a little bit. Teasers for this week suggest there will be “chaos” on Cassadine Island, and everyone over there will “hold their breath” awaiting news. Meanwhile, the week of November 29th will have Britt Westbourne and Carly Corinthos crossing paths. Does this mean that the crew won’t be able to find Mr. Morgan’s body after the tunnel collapse?

Speaking of ABC’s health mandate, actor Ingo Rademacher, who plays Jasper “Jax” Jacks, is leaving the show. GH spoilers for this week hint that his last airdate is Monday, November 22nd. Carly will run into Jax, unexpectedly. Sounds like these final scenes will offer some closure for Jax fans, as the Aussie might head out of town.

9. Brando and Sasha Get Support

Over at the hospital, both Sasha and Brando will struggle in the coming weeks. While there’s no news on the baby and whether he’ll be okay, GH spoilers reveal that Maxie will provide Brando with some support this coming week. In added teasers, Sasha will get a visitor she doesn’t expect. Also, Nina will be focusing on Sasha during the week of November 29th.

Chase just announced he’s Bailey’s dad, and it sounds as if the police officer has put two-and-two together. GH spoilers for this coming week suggest that not only will the cop stun BLQ with what he has to say, the two will also look towards the future. Could they decide to get hitched? That could keep Louise’s “secret” rolling rather easily.

GH spoilers imply that Chase’s “baby daddy news” will hit BLQ and Harrison’s families in the coming days. Ned will be taken aback by his daughter’s recent tale, while Finn will be outright floored by what he hears from his brother. Sounds like Chase will be “all in” at this point!

Valentin will “struggle” with the Bailey news this week. However, will he learn the entire truth? GH spoilers reveal that Cassadine will promise Maxie he’ll do everything he can to help her. Will Jones come clean? It might lessen Cassadine’s blow. Still, added teasers for the week of November 29th indicate that Valentin will try to find some closure.

GH spoilers for this week and next suggest that Port Charles residents will engage in some American Thanksgiving fun. First, it sounds like Carly and Sonny will be ready to let “bygones be bygones” where Gladys is concerned. Will she be invited to the family gathering in the coming days? Meanwhile, Dante and Sam will enjoy the holiday together, too.

4. A “Thanksgiving To Remember”

GH spoilers for the week of November 22nd suggest that Portia and Curtis could spend Thanksgiving together. They’ll bond, and he’ll open up to her about something. Will this have to do with his bio dad? In other news, the Quartermaines will gather for a turkey dinner during the week of November 29th. Added teasers indicate it’ll be a ‘Thanksgiving to remember’. Sounds like there will be a ton of drama in the mix.

Speaking of American Thanksgiving, GH will broadcast a repeat episode on Thursday, November 25th. It’ll be the show where Nina first realized that Sonny was alive and well, living his best life in Nixon Falls. The soap will be pre-empted on Friday, November 26th, due to college football and the NHL.

GH spoilers for this week reveal that Nina will be a tad anxious at Charlie’s as she waits for news. Is this about Brando and Sasha’s baby, or something else? In added teasers for the week of November 29th, Sonny will get a phone call that leaves him feeling troubled. Will this have to do with Jason, or mob business?

1. Olivia Reaches Out To Austin

After Leo went missing this past week, Olivia will finally decide to talk to some specialists. GH spoilers suggest that she’ll look for Austin, and it sounds as if the good doctor will make some solid recommendations for the anxious mom. Is anyone else completely invested in this storyline?