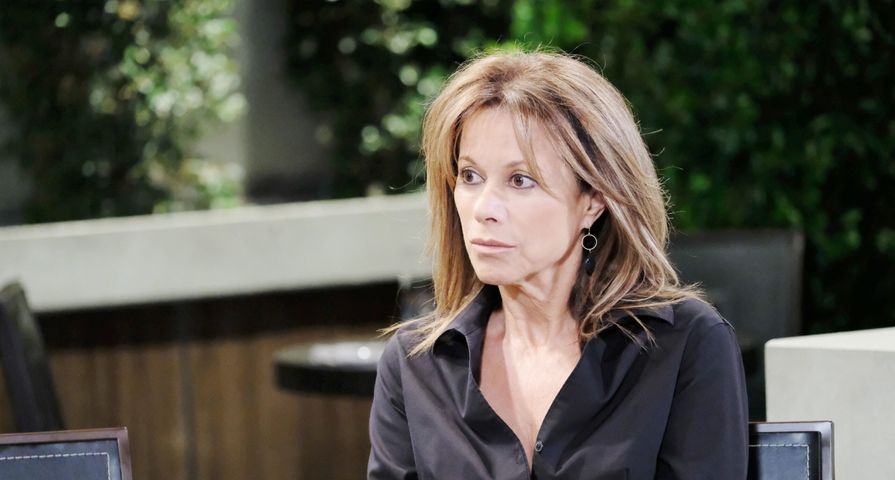 Calling all General Hospital (GH) fans! What’s on tap in the land of Port Charles over the next couple of weeks? A special episode dedicated to Alexis, while Anna is shaken, and Nina gets a personal tour of Nixon Falls. Learn about these storylines and others in the below GH spoilers for April 5 to April 16, 2021.

Fans of Alexis Davis note that she’ll have a special episode this Thursday, April 8th. It was originally set for the Wednesday before, but due to pre-emptions, it was pulled back another day. According to GH spoilers, Thursday’s show is a part of celebrating actress Nancy Lee Grahn’s 25th (Alexis Davis) anniversary on GH.

11. More About The Episode

GH spoilers reveal that this stand-alone epi will have Alexis pondering how she got to this point in her life. There will also be flashbacks around Davis’s childhood, and how she got to where she is, right now. Perhaps this reflection will offer insight on how she can move forward, and prevent any sort of destructive path in the future. Added teasers for the week of April 12th indicate that Davis will have someone new to confide in.

Anna will be very busy over the next couple of weeks. GH spoilers hint that she’ll help calm Valentin’s nerves this week when someone drops a bombshell on him. As the days go by, Peter will make them both an offer. Added teasers hint that Devane and Cassadine will struggle with choices they’ve made with Peter in the past, and it sounds as if August could play on their guilt.

GH spoilers for the week of April 12th indicate that Peter will push Anna’s buttons. He knows how to get to her, and he’ll have no issues pulling out all the stops. In fact, added teasers imply that something will leave Anna horrified. As the weekend hits, Cassadine and Devane will take a moment to “regroup”. In other Anna news, Finn will drop by to visit her next week. What could the two exes have to talk about?

GH spoilers for the week of April 5th state that Nikolas and Ava will be placed on notice by someone, but who? As the days go by, Ava will receive another odd package that could leave her a bit shaken. In other news, Cyrus and Nikolas will clash this week, and as the days go by, he’ll lay out all the cards for his new-found “uncle”. By the time the weekend hits, Ava will try and change Nik’s mind on something. Added teasers for the week of April 12th imply that Nikolas will take some action.

Speaking of Cyrus, GH spoilers hint that he’ll try to strike a “deal” with Laura this coming week, but she won’t have any of it. As the days go by, Laura will run into ex-hubby, Scotty Baldwin. Will Baldwin reveal he’s in a new relationship? In other Laura news, teasers, or the week of April 12th note that she’ll visit Carly, and it doesn’t sound like it’ll be a friendly chat!

GH spoilers for the week of April 12th hint at some interesting developments in Nixon Falls. Jax will finally be able to reach Nina; however, will she tell him exactly where she is and who’s she’s stumbled across? In other Nina news, she’ll get a personal tour of the little town from Elijah.

Meanwhile, GH spoilers suggest that “Mike” will start “fishing” for details the week of April 12th. As the days go by, added teasers indicate that he’ll start to get suspicious about something or someone. Could he start remembering his past? In added news, Carly will leave town on a small trip over the next couple of weeks and when she returns to Port Charles, she’ll feel overwhelmed.

GH spoilers hint that Brando and Sasha will get closer over the coming weeks. Corbin will confide in Sasha in the coming days, while added teasers hint that they’ll continue to bond the week of April 12th. Does this mean that her reunion with Michael has been cut short? They just can’t seem to get back to where they left off!

Across town, GH spoilers for the week of April 12th indicate that Portia will have a face-to-face with Taggert, as Jordan and Curtis come together to figure out what happens next. In added teasers, Curtis confides in Finn, and Portia and Jordan have a confrontation. Lastly, Peter will unleash some threats the week of April 12th, while Britt and Maxie decide it’s time to unravel their plan.