General Hospital Plotline Predictions For The Next Two Weeks (October 12 – 23, 2020) 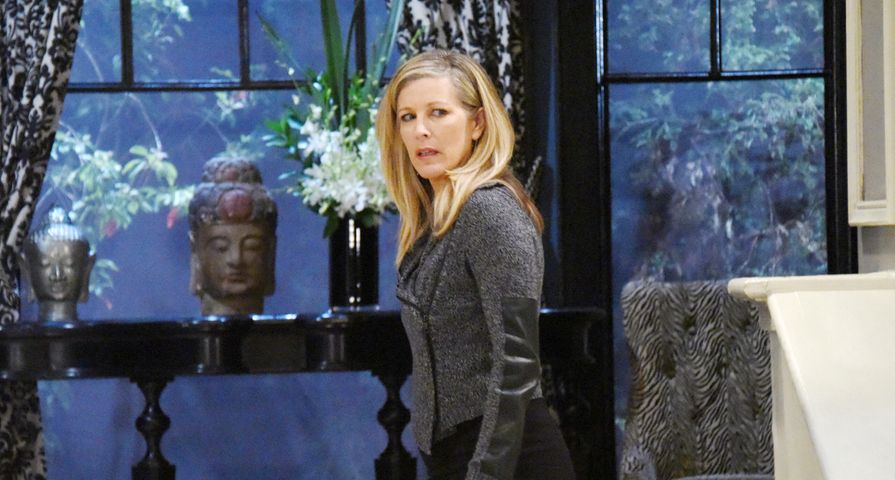 Wonder what’s on tap for the next two weeks on General Hospital (GH)? Will Dante get into Lulu’s head? How will Ava and Julian deal with Ryan? What is Britt’s connection to Cyrus? It’s hard not to speculate! As such, below are some GH plotline predictions for the week of October 12 to October 23, 2020.

13. Ryan Puts On The Pressure

Ryan Chamberlain will be placing some extreme pressure on Ava (and Julian) the next couple of weeks, as the brother and sister scramble to come up with a plan. Julian will even get a horrifying postcard in the mail, so it’s clear that Ryan will manipulate and play mind games with these two.

How are Britt and Cyrus connected? Britt’s never been the nicest in Port Chuckles; however, she not in Cyrus’ league when it comes to evil. So, what brought Cyrus to hire Britt on as the hospital’s chief of staff? Perhaps, Cyrus is blackmailing her into doing his dirty work at the hospital. Maybe he is even threatening to hurt her family. He could be aiming for Liesl, Peter, and Little James. He may even be threatening to hurt Rocco, someone she does have a connection with. Maybe he’s offered to let Brad out of prison early. She can be awful, but she does have a heart.

Gladys is back in town and will continue to fight for Brando this week, insisting he gets a spot in Sonny’s organization as a final wish granted for Mike. There’s a good chance that Sonny may give in to this request. After all, GH spoilers tease that Sonny will bring up Mike’s will to Jason the week of October 19th. Did Mike place something special in there about Brando?

Sadly, Dev will continue to spiral into manipulative territory this week and next. According to GH spoilers, he’ll deviously try and control Cam the week of October 12th, and scheme against Joss the week of October 19th. Will he get away with all this? He probably will over the next few weeks until someone takes note!

Dante’s back and Lulu will struggle with wanting him back, but also remaining loyal to Dustin. After all, Dustin has stuck by her through everything as of late. She can’t just up and leave him the moment Dante returns. Besides, will Falconeri even try and “win” her back? Will he even attempt to resume a bond with Charlotte and Rocco?

GH spoilers reveal that Sam will be looking to fill a position in Aurora Media the week of October 19th. Meanwhile that same week, Michael will be offered a new opportunity. With all that is going on at ELQ, with not only Ned conspiring against him, but Valentin too, could he decide to jump ship and work with Sam?

Speaking of Michael, there a good chance that Sasha could tell Willow the truth about her “affair” with Chase the week of October 19th. First thing’s first, Sasha will have a really hard week coming. Could the aftermath of her struggles lead her to believe that coming clean is what she should do?

GH spoilers indicate that Willow and Sasha will have a heart-to-heart next week. Whatever is said will have Willow trying to find Chase to talk to him as the weekend hits. Could Sash decide to tell Willow the truth? Is it too late for Chase and Willow? Plus, will Michael and Sasha reunite, or will there be some drama around “decisions” these four need to make?

5. Chase Goes Behind Jordan’s Back

GH spoilers for the week of October 19th reveal that Chase will do something behind Jordan’s back. Could he dig up information that links her to Cyrus while investigating something else? He won’t be able to just approach her and ask questions because he’s gone “behind her back.” Chase won’t do something like this on purpose, but it does sound like he could find evidence he won’t know what to do with.

It sounds as if Nik will come clean to Liz about something come the week of October 19th. He’ll not only confess, but GH spoilers also tease he’ll say sorry to Liz. Will she accept, forgive, and move on? Nik’s been up to a lot, but they do have a ton of history together.

Sounds like Ned should follow Nik’s lead, but he won’t. What he will do next week is probably bring Monica into the loop around his affair with Alexis. This means Monica is semi-involved in it all, which will make it that much worse when Olivia does find out the truth. With that said, Ned will keep it all under wraps for way longer while Monica tries to get him and Alexis to do the right thing.

Could these two become a potential item in the coming weeks? They do “work” together, but they will have a couple of interactions over the next couple of weeks that sound interesting. BLQ will lash out on Cassadine this week, and then have drinks with him the next. Couples always clash at first, so perhaps the argument will lead up to a little romance in the coming weeks. Good news for Valentin, as he needs to move on from Nina.

Speaking of, is there trouble in paradise for new friends Carly and Nina? They’ll argue the week of October 19th, but it sounds like Carly may be on edge. She’ll be called into PCPD, and this could be linked to questioning around Nelle’s passing. She’ll also have a hard time with “closure” on something, so this could be how Nelle passed away. Nina may bring up Benson, and Carly might shut her down.