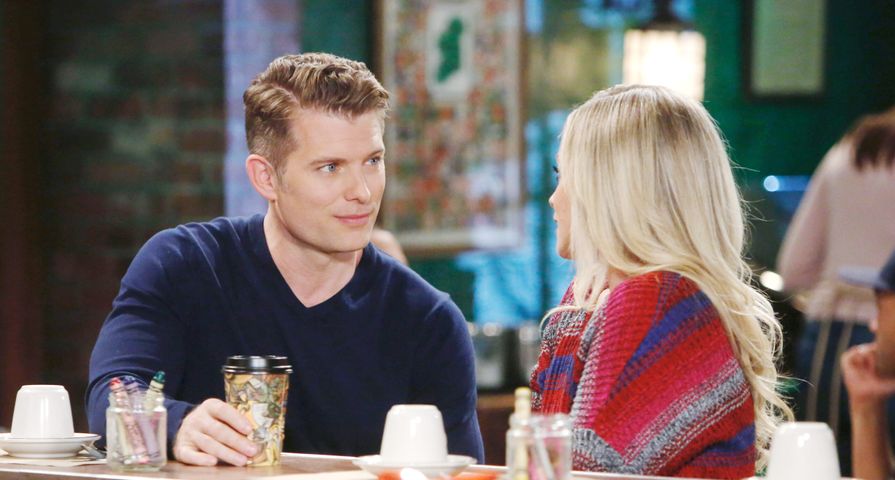 Calling all General Hospital (GH) fans! Wondering what’s on tap for the next month? Will Dante be successful in his mission? Will he find out the Liesl is behind it all? What will happen to Robert now that he knows Holly’s alive? Can Jason and Sonny carry out a concrete plan to get rid of Cyrus? There is nothing fans love to do more than speculate about soap opera storylines! As such, below are some GH plotline predictions for October 2020.

13. Jackie Templeton’s On Her Way Back

Digging into GH’s history vault, a character from the 1980s emerges. Jackie Templeton was once played by actress Demi Moore and happens to be an ex of Robert’s. Apparently, actress Kim Delaney has been recast as Jackie, who is headed to Port Chuckles soon. Could she be involved in this Holly storyline? The link would make sense.

It’s hard to say whether or not Jackie will play a “good” character or a “bad” one. Could she be behind Holly’s kidnapping, or perhaps return to help Robert save Holly? Could Jackie become a potential love interest for Robert? There’s “something” going on between Scorpio and Olivia, so it’s hard to say.

11. Jason and Sonny’s Plan On Cyrus A Bust

Sonny and Jason will try to come up with a plan to get rid of Cyrus, but it’ll be a bust. The timing will be off, and the two won’t be able to secure something that will clean their hands of Renault, and erase any implications against them. Cyrus may also fall through the cracks of their plan. It’ll be super frustrating.

10. Julian Decides To Work With Renault

Cyrus will continue to bug Julian about buying his bar, and Julian will eventually cave in October. It’ll turn out that Nelle has given her letter to Cyrus as well, and Renault will dangle this above Jerome’s head. Julian will have no choice but to agree to Renault’s terms. This will add yet another target on his back when it comes to Sonny.

Lulu will decide to go through with her story on Cyrus, and Renault will catch wind of this all before it all goes down, and act. He’ll get one of his thugs to kidnap her, but instead of harming Lulu, he’ll just keep her hidden. He may be looking for a flash drive that the story is on (so he can destroy it) or something of that nature.

8. He Kidnaps Rocco Instead

Or, Cyrus may kidnap Rocco. That would not only target Lulu but Sonny, too. Renault could decide to do this and kill two birds with one stone. There will be major repercussions around holding Sonny’s grandson hostage. Plus, Dante will get involved. Dustin may offer support to Lulu, but Dante will help with rescue efforts.

While Dante is working on bringing down Peter, if Lulu or Rocco goes missing, Dante will be on it. In fact, he’ll not only find out where Lulu (or Rocco) is, he’ll rescue the person who was kidnapped. He may even bring Cyrus down in the process (although there is a good chance that Cyrus lives, so he can keep wreaking havoc in Port Charles).

Dante is set to return to Port Charles, and while he will do all he can to save and protect his family while he’s in town, he’ll still keep Lulu at bay. It won’t matter though. While she will feel torn when he returns, she’ll stand by Dustin’s side. Even after Dante rescues her/Rocco from the entire Cyrus kidnapping thing.

5. Peter Is Suspicious Of Dante

While everyone will be happy to see Dante back in town, Peter will be very suspicious of why he’s strolled into Port Charles. As he should be since Dante is after him. So, how will Dante get close enough to Peter to get the goods? Peter knows that Dante works for the WSB and was a cop once. He knows to keep his eyes on him. Dante will renounce his affiliation with the WSB and ask Peter for a job. Maybe around security. This may keep Falconeri in Lulu’s orbit as well.

Willow will end up adopting Wiley this month, bringing her and Michael that much closer together in October. Perhaps the two may even decide to take their relationship to the next step. They may even talk about the future and any possibilities around expanding their family. Wiley deserves a sibling! Plus, they are both young and may want another child. They’ll talk about it, and then maybe think about moving forward.

Chase seems to still be pining for Willow. After all, he really does want to come clean about the lie he and Sasha organized. He desperately wants Willow back, but perhaps he’ll move on in time. Sasha is very hesitant about telling Willow and Michael the truth. She thinks they should just move on, which is why there’s a good chance that she and Valentin could turn their business relationship into a friendship (into a romance) in October.

2. Carly Finds Avery With The Necklace

Little Avery Corinthos has Nelle’s necklace, and it won’t be too long before Carly notices it on the child. Sonny has, but he has bigger fish to fry. Carly is quick, so once she sees Avery with the necklace, she’ll put two-and-two together and realize that it’s Nelle’s. She’ll also realize that Nelle is Nina’s daughter. She’ll quickly head to Jax and tell him what she’s figured out before Nina catches wind.

Jax and Carly will decide to cover the entire thing up. They won’t want Nina to find out that Nelle is her daughter. With that, it’ll be two lies that Carly and Jax have against Nina, which will only blow up in their faces once the truth is exposed. Nina will not only feel betrayed, she’ll question why Jax could confide in his ex, but not her.