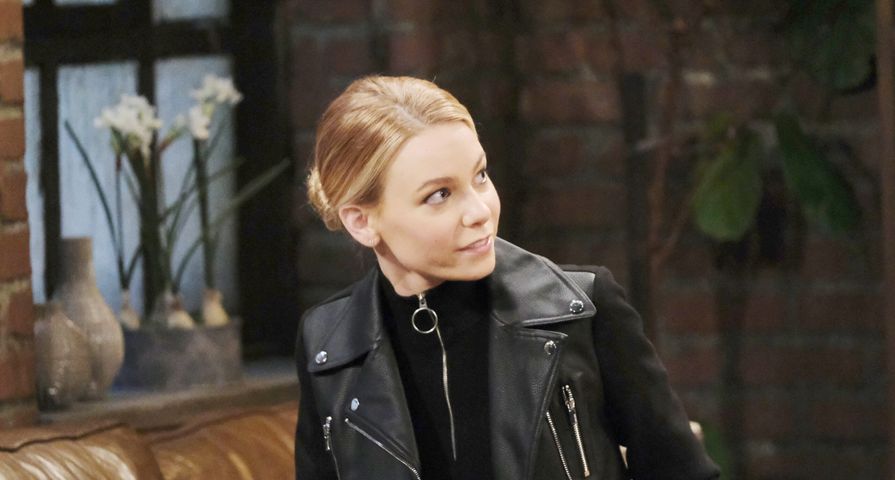 Calling all General Hospital (GH) fans! A new year in Port Charles brings a number of new possibilities for super couples, drama, and adventure! Who will hook up? Are there any comebacks on the horizon? Any dramatic breakups? The opportunities are endless, and soap opera fans just love to speculate! As such, below are some GH plotline predictions for 2021.

There are so many ways this could go. Willow could choose Chase, and then end up with child, which may cause her to backpedal and head to Michael (it would have to be his). She may also end up sleeping with both men, end up expecting, and wonder who the baby daddy is. Then, she could end up choosing Michael, which would leave Chase devastated. There’s also the idea that she decides to choose neither. She may feel it’s time she is single for a while, she’s had quite the year after all.

Is there a new couple alert on the horizon? Sasha and Brando keep “bumping” into each other, and there is definitely some chemistry there. Should the duo decide to explore this romance, they may feel as if they should keep it on the down-low. Hiding a budding relationship would prove to be exciting, and with Cyrus around, they would need to watch their step.

There’s been a ton of speculation around a potential Dante and Sam hookup within GH fans on the internet. On paper, these two seem like a solid pairing. Could Dante bring Sam into the loop about his investigation on Peter? This could bring them that much closer, too. They could certainly become a bona fide couple by the spring. But what would happen if either Lulu or Drew returned to the land of Port Charles later in 2021?

Sonny will continue to question who he is and suffer from amnesia until February. As his nurse does have a connection to Port Charles, through Nina, he’ll somehow make his way back to the little town, probably by around February. Perhaps, Nina finds him after a visit with her nurse? Regardless, it will take a while for him to regain his memories.

10. Jason and Carly Come Together

Jason and Carly’s friendship will turn into more in the coming weeks. When Sonny returns, the two will scramble to hide the fact that they are sleeping together. As winter turns to spring, Carly and Jason will work together with the rest of the Corinthos clan to help Sonny regain his memory. Carly and Jason may continue to hit the sheets during this time, too, but the big anchor in this storyline is that they’ll sleep together, and lie to Sonny about it whether they do it once, or multiple times.

At some point this year, probably around the summer months, maybe the fall, Sonny will finally gain all his memory back. He may stumble upon Carly and Jason in bed. He may even overhear them talking about the one-night stand that they had while he was “away.” Maybe their affair will stay hidden after he remembers, but regardless, Carly will feel torn between the two men she’s loved the most in her life and trusted the most. She’ll realize that if Sonny learns the truth, the friendship between these three will change forever.

The mob war between Cyrus and Jason/Sonny will continue strong within the next year. Renault is not going anywhere at this point, meaning it is highly unlikely that he’ll be murdered or shot. Cyrus now has roots in the little town in the form of Laura and Martin. He’ll continue to wreak havoc on the Corinthos organization, as all three men engage in a continuous power struggle in Port Chuckles.

7. Peter’s Lies Will Be Revealed

Peter’s lies are bound to be revealed soon, but they should have come out months ago. Everything around Peter’s manipulations should be exposed in February, certainly before his daughter is born. The truth will come out before he marries Maxie, and there is bound to be major drama leading up to their “I dos.” But who will be the person who spills the beans about Peter? His half-sister Britt.

Speaking of weddings, Finn and Anna may not make it to the alter. While Anna knows about his fling with Jackie, could Finn make the same mistake twice? What if he and Jackie get caught up in a moment the night before he’s supposed to marry Anna? This time, he’ll come clean the morning of his nuptials, and the couple will break up.

What if Finn does something stupid with Jackie because he finds out that Anna lied to him about being Peter’s bio mom? He may overhear a conversation Anna has, turn to alcohol (out of frustration), sleep with Jackie, and then call off the wedding? Anna and Finn’s romantic days do seem numbered.

Dante and Sam, Sasha and Brando, plus Jarly — these are a few of the new romances to expect in 2021, but there should be plenty of others. Alexis and Ned could rekindle their old relationship (when Alexis cleans up her act that is), plus Olivia may turn to Robert once she realizes the truth around the one-nighter her hubby shared with his ex. Other possible matches? What about Britt and Jason? This could come to fruition if Jason doesn’t sleep with Carly, or if they just have a one-nighter (that they try and hide from Sonny). In fact, Jason hooking up with Britt after doing something with Carly would also complicate things. Maxie and Chase could be a possibility, once Jones gets over being betrayed by Peter, of course.

3. Carly and Jax’s Lie Come Back To Haunt Them

It’s only a matter of time before Avery’s necklace is discovered. The little girl has been asking about it, and if someone comes upon it, it could be bad news for Carly and Jax. Could Ava stumble upon it and bring it back to Windemere? Could Nina swing by for a visit with Ava, notice it, and start to ask questions?

Nina will learn the truth about who her bio daughter is in small spurts. First, she’ll find out that Nelle owned the necklace and Avery found it at the cabin. Innocent enough, as she was there when she “accidentally” fell off the cliff, right? With that said, months will go by before she finds out Carly and Jax’s role in the entire thing. Jax will cover up stories and add to his lies to further antagonize the situation once the truth is revealed.

Nelle is like every other vile character on soap operas, the girl has to have nine lives! She’ll return, and tell Nina the truth about what Carly and Jax did. Plus, she’ll try and strike a deal with Carly to have all her charges dropped so that she can walk free in exchange for not charging Carly with what she did. She’ll return to a little town where pretty much everyone hates her other than Nina, and she’ll use her bio mom to her advantage.