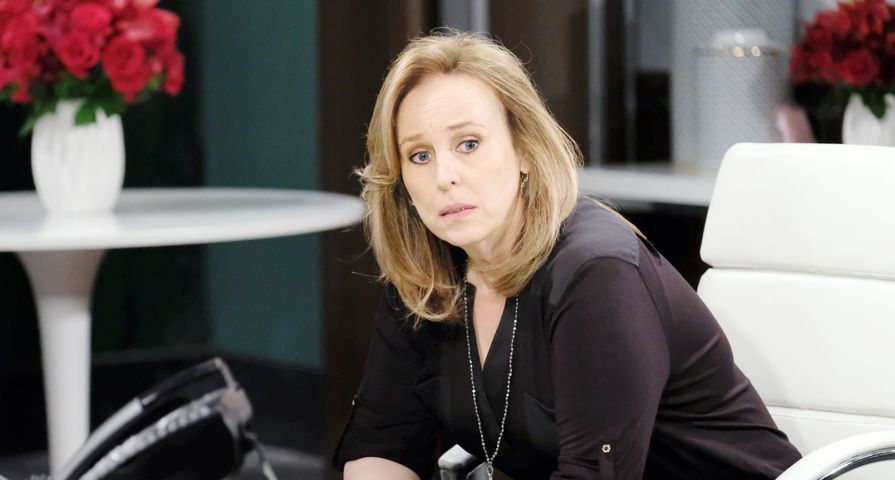 As General Hospital (GH) bids adieu to the summer and heads into the fall, it seems like the drama will continue to heat up in the land of Port Charles come September. Learn more about what will happen to Drew, Kim, Julian, Kevin and Ryan, Sonny, Carly, and more, in the 12 crazy and shocking spoilers for September 2018.

The most unlikely of alliances, GH spoilers for September indicate that Julian will turn Drew for some assistance. Julian is locked up in the baby switch secret now that Brad recently told him that little Wiley isn’t the infant that he and Lucas originally adopted. Will Julian draw Drew into the baby-switch loop, or will he reach out to him for about something else? Julian has become quite close to Kim, who also happens to be Drew’s ex, so it’ll be interesting to see how this all moves forward.

Speaking of Kim, come September, GH spoilers indicate she will begin to feel hopeless, and then reveal a secret of sorts. Kim’s past is slowly coming to fruition within storylines, and while the focus has been on her relationship with Julian as of late, there is nothing like a secret coming out of the dark to really shake things up for a couple.

GH spoilers hint that Alexis will be outraged come September. Alexis is a momma bear of sorts, so it’s hard not to link this spoiler with the mysterious return of daughter Kristina. Kristina came back to Port Charles under the veil that she wanted to be there for her family during hard times; however, one can’t help but think it has more to do with Parker. If Parker has screwed with Kristina in any way, shape or form, then it wouldn’t be hard to see how Alexis would be upset.

September GH spoilers indicate that Nina will try and get things in order, while Valentin is put on notice. While Valentin desperately wants Nina back, she’s not having it, and with him holding the secret of her being a mom, it seems that things could get back on track for these two if he can find her daughter and become her hero. But will he?

GH spoilers indicate that things will go awry with Valentin’s scheme to win Nina’s heart back. Whether she finds out that she has a daughter and Valentin’s been keeping this secret (before he can locate said child), or his reveal rubs her the wrong way, the entire ordeal won’t go as Valentin had planned.

7. Curtis Gets The Ball Rolling

Curtis will take some action of sorts come September, which could mean many different things. Will he spill the beans to Nina about what Valentin has been up to, causing a whirlwind of chaos? Or does this have to do with his family and Jordan? While he, Auntie Stella, and Jordan are all in family therapy trying to mend fences, taking action could mean that he and Jordan finally head down that aisle, with or without Auntie’s approval. Only time will tell.

Whatever Nina will be going through come September, GH spoilers indicate that sister-in-law Maxie will be there to support her. The friendship that has blossomed between these two ladies has been an incredible watch on daytime screens, and GH fans will continue to watch it grow as September hits, and fall approaches.

GH fans should expect the Kevin/Ryan twin storyline to heat up come September. GH spoilers indicate there is trouble brewing for Kevin in the near future, and with all the hints and teases going around in recent weeks, this evil twin storyline is sure to explode soon. It has been months since Carly heard that tapping at Ferncliff — time for audiences to dive right in.

4. Felicia In The Mix

With Ryan seemingly back in Port Charles, it is hard for GH fans to not speculate about Felicia Jones playing a larger role on the show come September. Lulu will let Felicia know that there is a big anniversary story set for the Intruder about Ryan’s crime spree back in the day, and her past with Ryan might play a huge part in this storyline.

GH fans were devastated this past spring when iconic GH character Laura Spencer was written off the canvas. Well, news has hit Twitter recently that Laura is officially making her way back to Port Chuckles! With this Kevin/Ryan story heating up, and with Kevin married to Laura, she will undoubtedly get wrapped up in the drama … but will there be more for Laura to dive into?

GH spoilers reveal that a Cassadine secret is about to explode on the horizon. With Laura closely intertwined to that family thanks to her son Nikolas, and that curse Helena laid on her years ago, will Laura also be pulled into this storyline? Could the secret be about another emerging Cassadine family member in the fold, ready to come out? Or perhaps a family member that everyone thinks is dead, yet really alive? With Laura back on GH, here’s hoping there is a way that writers can bring back Nikolas Cassadine as well!

No big news here: Sonny and Carly have been known to have a huge blowout here and there. Having said that, their family and relationship have been under a ton of stress lately. From Michael losing his infant son to Carly’s Ferncliff fiasco to Sonny’s dad Mike dealing with health issues, not to mention Nelle, these two having a huge clash seems appropriate. But, could it be the beginning of the end for this GH super couple come September?