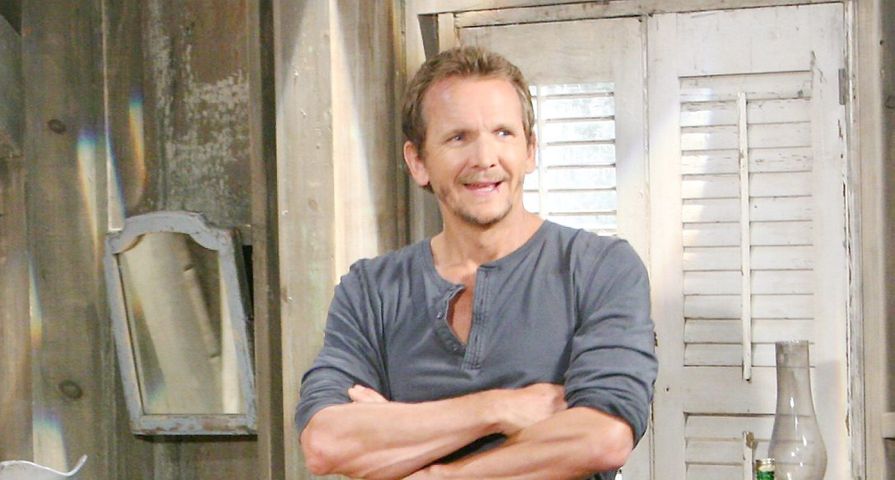 Let’s face it: the land of Port Charles would a very boring place without all the bad guys and gals who love to get in the way of our heroes and heroines. There would be no secrets to hide, no action or adventure to embark on, and no drama! As such, below are some General Hospital (GH) characters fans love to hate.

Some fans may feel bad for Peter August. After all, it can’t be that good of a feeling to know that your father was Port Charles’ public enemy number one, and that your parents hated each other during your conception. He’s tried to better himself, but all the lies he’s carried out recently will be his downfall in the end.

While on the same note, could a mix of Faison’s genes and his Auntie (or mom) Alex’s DNA be the real reason that Peter can’t seem to walk a straight and narrow path? It seems like all the major soap characters out there have an evil twin, and when Alex comes into storylines to face-off against Anna, fans know they’ll be treated to some drama.

Ava is truly a complex character. On the one hand, it’s like she can’t help herself from lying, manipulating, and scheming, yet there does seem to be a more human side to her as well. She has truly tried to change, but can’t seem to shake the idea of revenge if she has been wronged.

She’s strong, business savvy, unapologetic, and Tracy is undeniably a legendary character in the land of GH. While she is a good person (when push comes to shove), she also won’t bat an eyelash to claim what is rightfully hers, or to protect the ones she loves. In her earlier years, she was quite the bad girl, but has settled down as time has gone by.

The apple doesn’t fall far from the Quartermaine tree, and every underhanded business move that Tracy knows was probably taught to her by Edward. As much as he did do some terrible things (in his younger years), most of his motivation came from protecting his family and their legacy in ELQ, and while viewers may have had some disdain for him at points during his life, it would soften up very quickly whenever he was with Lila.

It seemed as if Julian had cleaned up his act; however, his recent actions with Lucas, Brad, and the Baby Wiley secret proves that he has a dark side he isn’t afraid to reveal, or cross lines if it ultimately means protecting his family and the ones he loves. You can take the gangster out of the mob, but you can’t take the mob out of the gangster.

Scott Baldwin is a diverse soap opera character. One moment, he can play the part of a slimeball lawyer, and the next, he is doing something nice for one of his children or trying to help someone out. Much like the others on this list, he’s lied, schemed, and manipulated, but he does have a heart (somewhere buried deep in there), and he does let it show occasionally.

Nikolas keeps sloping down deeper and deeper into his “dark” prince personality, and allowing his Cassadine roots to shine through. This wasn’t always the case. Fans can fondly remember a teenager that came to town to save his little sister Lulu; his love affair with Emily; and how doting of a dad he was with Spencer. These all seem to be distant memories as he continues to lie and scheme, all for the Cassadine name.

There still seems to be questions around whether he is a true Cassadine or not, but regardless of his genes, Valentin has done plenty of terrible things during his time in Port Charles. From shooting his “nephew” Nik to all the lies he told Nina, and throwing Sasha under the bus, Valentine is far from the “good” Cassadine in this family. With that said, anytime he interacts with Charlotte, he melts hearts everywhere and makes viewers realize that there is a reason for his terrible actions.

Out of all the Cassadines, Stavros has seemingly been the one to inherit his mother’s black heart. There is nothing remotely nice about Stavros, and the only thing that kept him going through life was his obsession with Laura Spencer, and his ice chamber machines (which literally kept him going throughout his life). But, with each return and comeback, he brought a ton of action, drama, and suspense, which kept GH viewers tuned in.

Speaking of, you know you are a terrible person when your grandson poisons you via tea party sessions. Helena was simply evil incarnate, and could be pointed at for close to most disasters that unraveled for the Spencer family, not to mention her own family members! She brings the term “mommy dearest” to a whole new level.

Any other GH fans (somewhat) miss Jerry Jax? He seemed like a man with no soul when it came to all the stunts he pulled, especially during the Metro Hostage Crisis storyline when he wouldn’t allow Alan to seek medical attention when he suffered a heart attack. This makes it all that much more confusing that he is related to Jasper “Jax” (and that Jax covers for him all the time). All his evil doings aside, Jerry was undeniably entertaining to watch onscreen.

Life in Port Charles does feel a little weird now that Faison has officially passed. Anna no longer has to look over her shoulders; Liesl has a new lease on life; and Peter doesn’t have to deal with his father anymore. With that said, Cesar was an evil genius and dominated all the terrible doings in the little town for a long while. In an odd way, he is (and will continue to be) missed.